Breath -- and he is inextricably rewoven into eternity, ideated as an aperture through which light shines. Upon a closer look he appears as a portal of consciousness, taking on guises that sometimes even seem not to be light at all. And upon a closer look still; he appears as interstices in the forms of beings that seem, for an instant, to purposefully block light so that it may recognize itself as a rhythmic patterning.

But none of this seeming is absolute at all. It's just a unique and instantaneous collaborative co-emergent being spontaneously conceived on a moment-to-moment basis -- just for the fun of it. The looking, the taking, the guises, the blocking; all just acts in a play, themes in the forms of proximities and perceptions, birthing flavors and paradigms -- bliss, tears, and laughter.

Action is your manifesting gift -- and for every single one mistaking kindness for weakness there's another letting equanimity fade into hierarchical indifference. So graduate from seeking an exodus already, or striving to disintegrate into nonduality; dance, bleed, tear, laugh -- accept the rapture as inevitable and continual rebirth. Savor it, throw it away, and then relish it again and again. More salt. More honey. Weep and laugh so deeply that you let each emotion find the other, embrace and meld. In as many lifetimes, or in each, let the sacred become mundane, and then perverse, and then mundane, and then sacred again. Reach out into the space in front of you and slip into your self-actualizing being. Whisper it to the ears of the eternal sky that beckon it to birth from your soul and fly from your lips. Impregnated, alive, anew, again and again, for the very first time.

Rediscover the face of God in the beat of your heart, in the eye of every stranger, as the eye of the storm, and even in the pit of darkness -- and step so far with faith that you may bend consciousness back in on itself in such a wildly beautiful way that in a spontaneous instant you become the very whole of it all; the laughter, the music, the celebration itself. And there you are; the flowing, the flowering, the reincarnating humble-bee. 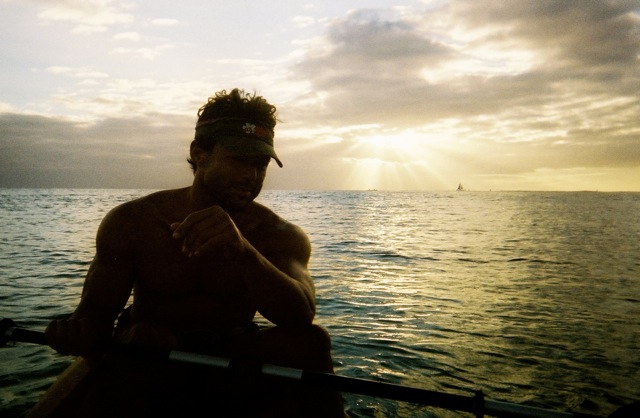