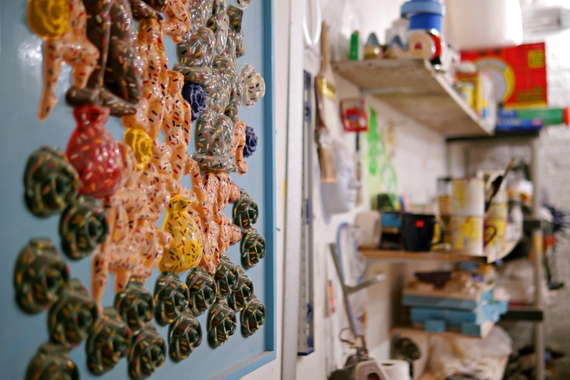 I discovered Matthew Palladino's work by chance and then immediately went to see his latest solo show at Garth Greenan Gallery in Chelsea. What I found there was a fantastic group of eight panels that smartly and playfully blur the boundaries between painting and sculpture. Reliefs are nothing new as an artistic expression, but Matthew has given such a cool spin to it that the technique feels completely fresh under his eye. His latest body of work incorporates figurines that look as if they had been machine-made, yet they are created by Palladino's own hands. After seeing that show, I knew I had to meet him in person to learn more. 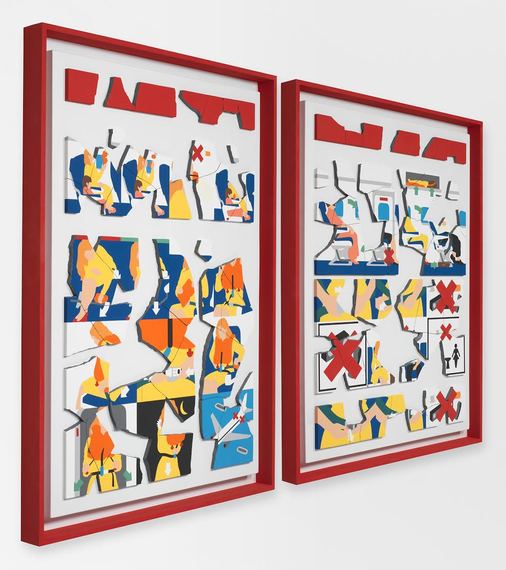 The Flight, 2014, Acrylic and Plaster on Panel


Matthew, who is as fun and good-natured as his work, welcomed me in his Bushwick studio and explained the labor-intensive and rigorous technique that he executes every time he produces one of his pieces. The San Francisco native was feeling somewhat bored with painting and wanted to work with plaster reliefs. After having employed conventional molds (the ones used for chocolate and pastries) he realized that they were limited in the amount of shapes he could get and decided that he needed to start creating his own molds. A vacuum-forming machine that requires a lot of dexterity is what he now uses to create the specific shapes that he needs for each artwork. After he produces the molds, the plaster is "baked" inside of them. The shapes are then taken out, cleaned and primed, and then hand-painted in brilliant, matte acrylics. His magic touch then continues, and in forming his killer compositions, there's always a sense of humor, elements of art history and an even more compelling color palette in each piece. 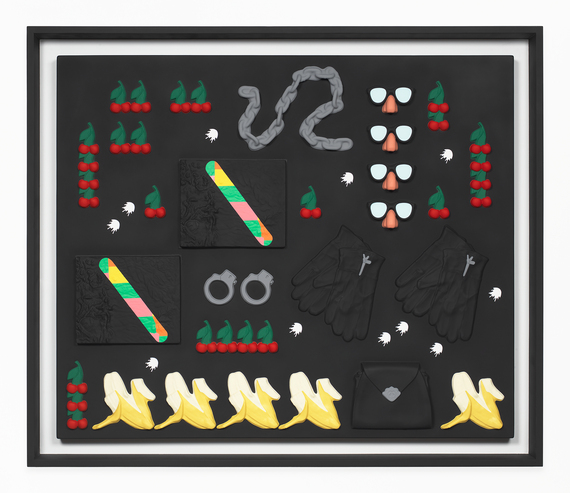 Another group of his work shows "draperies" painted with ink on paper. The results are gorgeous pieces that combine elements inspired by Rubens, kinetics, geometrics and pop art in a new and unconventional way. One of these works served as the basis for a limited edition print that Matthew recently released in collaboration with Exhibition A. 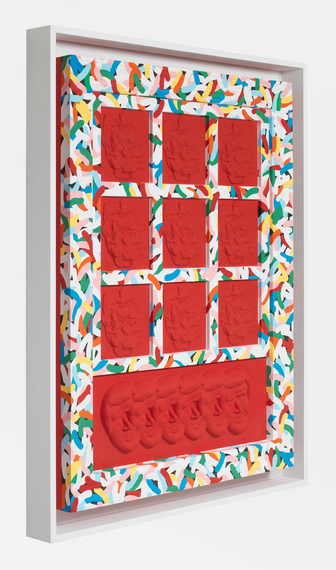 The Window, 2014, Acrylic and Plaster on Panel

In an era where there seems to be a trend of boring and repetitive abstract canvases everywhere, it's refreshing to see an artist who works so incredibly hard to produce each piece. Matthew's creations are triggering authentic curiosity in collectors and generating a feeling of "restored faith" in vibrant, emerging contemporary artists who can produce work that is smart and engaging without giving up on the aesthetics of it. Palladino's work is worth seeing, collecting and praising