In the Torah, there is only one type of individual who is banished completely from the community: he who has committed a wicked deed and is stricken with tzaraat, a Hebrew term that is often times understood as some enigmatic form of spiritual leprosy. I've been pondering lately about the meaning of this idiosyncratic biblical paradigm for punishment. To me, it seems that however painful the blemishes may be, the true pain of this condition is the separation from a functional community, to be shut off from routine human contact; to live in isolation forevermore is a stunted existence. Conversely, though this particular spiritual remedy for a spiritual ailment is of an esoteric nature, its design seems more merciful than the contemporary ecosystem that favors punitive justice over rehabilitation. For even one with tzaraat could abide just beyond the settlement limits, a place where there could be introspection and this was for a very limited time. The modern mantra of "Prisoners deserve what they get" is at odds with our society's need for compassion and respect for all human beings. 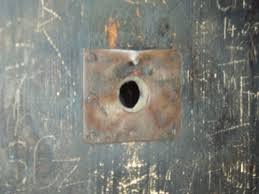 There is no doubt that, in the modern conception of the practice, solitary confinement is an abusive means of control over other human beings. Isolated from contact, those who are placed in solitary have their mental identities slowly eroded to the point of destruction. With their basic humanity stripped, the argument goes, these people are now safely removed from regular society and no longer a danger to the outside world. But internally, prisoners are now a hazard to themselves and later to others. More than a decade ago, clinicians working on the issue created a term for this condition: Special Housing Unit (SHU) syndrome. Those with SHU were considered to have the following symptoms:

Indeed, those who survived the ordeal of open-ended time in solitary confinement leave their situation with prolonged feelings of lethargy and apathy, unable to build new relationships with others. Any hope to be rehabilitated into normative society evaporates during their forced hermitic punishment. 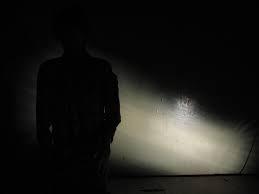 With certainty, Jewish values are strongly opposed to the ill-treatment of prisoners, no matter their crime. This extends to the barbaric practice of unchecked solitary confinement. While I would not be so naïve to suggest that individuals who pose a threat to society should not be confined, the ostentatious injustice that is so apparent with years-long stints in solitary goes beyond rehabilitative corrections and towards societal sadism. This is not the justice under law promised to us by our social contracts. This is not keeping society safe. This is power structures run amok. And it has to end.

Thankfully, there is progress on the horizon. In the last several weeks, President Barack Obama has issued executive orders that have moderately curbed some extreme examples of solitary confinement in federal prisons. The President's executive orders on the matter have primarily been focused on giving juveniles relief from solitary, giving many a second chance. In an editorial published by the Washington Post, President Obama wrote:

The United States is a nation of second chances, but the experience of solitary confinement too often undercuts that second chance. Those who do make it out often have trouble holding down jobs, reuniting with family and becoming productive members of society. Imagine having served your time and then being unable to hand change over to a customer or look your wife in the eye or hug your children.

This step, a modest one to be sure, is vital to the moral wellbeing of our nation. While it is easy to project a stance of toughness, it is challenging to stand up and say that all people need to be treated with a modicum of dignity. From a moral perspective--from a spiritual perceptive--it is the right thing to do.

While we can embrace solitude as a spiritual practice, forced isolation is not an acceptable model of criminal justice--from a Jewish perspective or otherwise. As the nation currently debates the merits of President Obama's executive order, it is imperative that religious communities continue to be at the vanguard for the struggle for human rights for every person. People cannot live in isolation even if they have broken the law. Justice and mercy are two sides of a scale, but we must become proficient in balancing them in a positive way. From the Jewish perspective, we can be motivated by the first existential statement about the human condition made in the Torah, when God uttered lo tov heyot ha'adam levado -- one should not live alone. A passage from the Talmud reiterates this point, comparing a life filled with isolation and a lack of meaningful discourse to that of the eternal void: "Either friendship or death."

Being compassionate towards those who appear to not deserve compassion is a moral conundrum. And to be sure, advocating for their basic emotional needs can be a thankless task. Nevertheless, the legacy of holy writ, passed down through the millennia has imbued us with a spiritual prerogative to vouchsafe the inherent dignity of all human beings, even those who have transgressed the laws of society. For if we mistreat them, then we are no better as spiritual beings for it. We might even be ethical cowards or hypocrites, dilettantes in a field that needs dedicated spiritual activists. Solitary confinement, as an entity, is injurious to society. By immediately abolishing this cruel and ineffective practice, we can increase both mercy and justice in our prisons and in society.