Film buffs likely remember Valeska Gert for her role as the headmistress of a reform school in the 1929 Louise Brooks film, Diary of a Lost Girl. She is the curious-looking disciplinarian who bangs a gong as the girls exercise to her orgiastic rhythm.

Besides Diary of a Lost Girl, Gert had important parts in two other films by director G.W. Pabst, Joyless Street (1925, with Greta Garbo) and Threepenny Opera (1931, with Lotte Lenya).

Today, in Germany, Gert is the subject of a rediscovery -- but not for her film work. Rather, a new biography and exhibit at the National Gallery's Hamburger Bahnhof are making much of Gert's pioneering work as dancer, cabaret artist, performance artist, and inspiration to Germany's punk rockers.

A recent article on Deutsche Welle, "Germany's forgotten performer Valeska Gert helped inspire punk," discusses the new book and first ever gallery exhibit. The biography, which is described as definitive, is by Wolfgang Mueller, himself a conceptual artist with an international reputation.

Just how ahead of the curve was this diminutive dancer? Consider this: in the late 1920s, Gert (already veteran of experimental theater a la Frank Wedekind and Oskar Kokoschka) unveiled one of her most provocative works of "performance art" -- though it wasn't called that then. 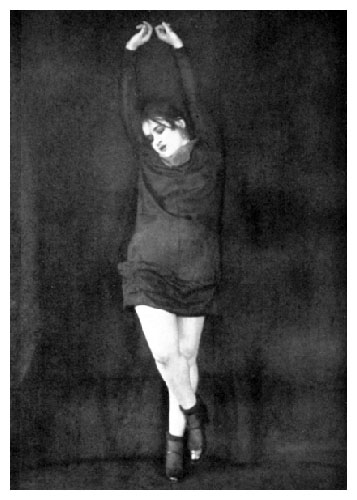 Entitled "Pause," it was an interpretative anti-dance piece staged between films in Berlin cinemas. Gert came on stage, and just stood there. Amidst all the movement and noise of modern life, the piece was designed to draw attention to stillness and serenity. It anticipates John Cage's 1952 composition 4′33″, the three movements of which are performed without a single note being played.

Gert's transdisciplinary art is the subject of an exhibit set to run five months at the Hamburger Bahnhof. Her art, according to the gallery, "probes the structures and effects of perception" -- and there, it's placed alongside the work of other artists that also tackle the phenomenon of perception, including Marcel Duchamp.

According to the gallery, as far back as the 1920s, "Gert's conceptual works anticipated happenings, current trends in performance art, popular, small-stage entertaining arts, free improvisation and many other developments in contemporary art and modern music." Including, notes Neale Lytollis' article on Deutsche Welle, Germany's early punk rockers.

Gert's life is no less remarkable. With the rise of Nazism, this Jewish performer made her way to England, where she appeared on stage and in an experimental short film directed by Alberto Cavalcanti. By 1938, she was living in New York City where she found work washing dishes and posing as a nude model. 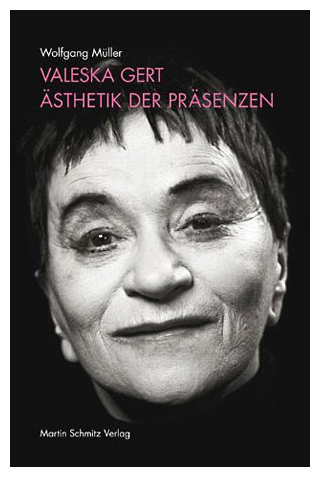 Eventually, she opened a ramshackle cabaret / restaurant called the Beggars Bar. In the 1940s, Julian Beck, Judith Malina, and Jackson Pollock worked there -- and so did Tennessee Williams (as a busboy). They became friends, despite the fact she fired the soon to be famous playwright.

Gert returned to blockaded Berlin in 1949 -- largely forgotten and trying to start over. She opened another cabaret, this one called the Witches Den. By the 1960s, she was appearing in films by the likes of Fellini, Fassbinder, and Volker Schloendorff. A bit later, her avant-garde activities got the attention of Germany's punk rockers -- including, most likely, Nina Hagen, who draws upon Gert's provocative theatricality.

In 1978, Werner Herzog invited her to play the real estate broker in his remake of Nosferatu. A contract was signed, but Gert died just two weeks later. Among the papers uncovered in her apartment were letters from German punks stating their admiration for this singular artist.

Is Valeska Gert (1892 -1978) the great missing link in 20th century culture? It's hard to say. What is certain is that she touched many currents in the arts. Along with an exhibit and biography, a 1969 recording of Gert's Baby -- her impersonation of a gurgling child alternating between rage and happiness -- has been released on vinyl. Gert's presence may yet be reborn.

Thomas Gladysz is an arts journalist and author. His interview with Allen Ginsberg on the subject of photography is included in Sarah Greenough's "Beat Memories: The Photographs of Allen Ginsberg" (National Gallery of Art, 2010). And recently, he wrote the introduction to the Louise Brooks edition of Margarete Bohme's classic novel, The Diary of a Lost Girl (PandorasBox Press, 2010). More at www.thomasgladysz.com.