"Julie, we are moving again," her father echoed those words every few years of her school life.

Most kids would have found the regular school changes and making new friends too intense. Julie was different. She thrived on that change, taking her chances and embracing variety.

In her words, "I knew nothing better. I absorbed what I saw - my mom's bubbliness and my traveling salesman dad's self-belief. I am from the Midwest with deep roots in a small town called Watertown in Wisconsin. I am the fifth generation in my family who was born there."

For a moment, I forgot I was speaking with one of the senior women executives at the multinational company - SAP. Her enthusiastic earthliness reverberated on the phone.

I had my reasons for talking to her. Before I share that, first, her back-story.

Julie always embraced change that was counter to the mainstream. In 1988, her high school counselor at her Cincinnati school zoomed in on her Math and Science success and recommended Engineering. She chose to pursue civil engineering - among the few women in her class at Purdue University.

She found her bearings at Bristol-Myers Squibb in the package engineering section where she met her husband, Mike Roehm. In time, he chose to forgo his career to raise their two boys. With his unflinching support, she completed her MBA at The University of Chicago's Booth School of Business and torpedoed her way to success in the marketing world through her edgy ads - first for Ford and later for Chrysler. The famous ad, "That thing got a Hemi?" was from her stable that propelled Chrysler's profits. That championed her next move to Wal-Mart. After ten months, she was out.

Lot has been written about her short stint at Wal-Mart. That did not interest me. What interested me was something different. Something that is valuable for you and me - her introspections from her re-nourishing years. I also wondered why she chose storytelling in her second avatar. She pleasantly surprised me with her candor laced with insights.

Her life ah ha - in her words

"I was young and naïve to believe that the best outcome of change was action. The early racy ads were all action outcomes - stretching the boundaries of what was possible. I took risks and a super majority of them worked out. Until then, I saw a fearless person in the mirror.

Post Wal-Mart, I had to face my fears. I am optimistic by nature. Having said that, mortgages had to be paid, our single income was uprooted, experience at a behemoth left a bitter after warmth - I leaned in to face my fears and persevere. My dad's words - "remember where you came from" resonated. Beautiful moments happened -people I knew and many of whom I did not know reached out and offered support in profound ways.

I ventured on my own and learnt a lot more without the corporate job cushions. I started to see things differently. What stuck with me were the humanizing relationships. As I reflect, the impact of those relationships created the best, lasting memories. 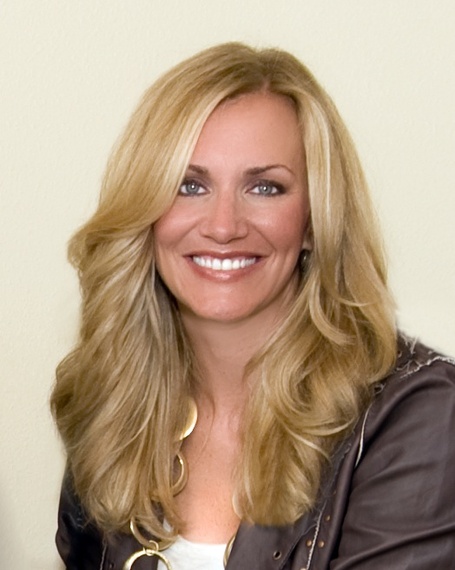 Why should something that is so pervasive and impactful be in the background in corporate America? When SAP CEO Bill McDermott offered me the moniker - chief storyteller, way before storytelling became more readily accepted in the corporate world, I was ready for this change. I embraced impact through storytelling with gusto."

When Julie talked about "mind seeds", something in me clicked. I involuntarily nodded my head in affirmation. My own experience surfaced back.

I had been at the receiving end of recognition while working at GDF SUEZ (now Engie). The current Chairman and former CEO, Gérard Mestrallet had instituted a unique annual tradition inspired by the Oscars. Few dozen projects were culled out from a global workforce of 200,000+ and invited to Europe for innovation awards.

When my team was invited for five consecutive years, friendly coffee table discussions centered on, "What made you tread this path?" I pondered. That question, took me back to my childhood years in India. I was on a train ride, reading a comic book - Tinkle. One story caught my imagination.

A king wanted nothing to stick to his feet. Wherever he walked, subjects went on a hyper drive to ensure his pathways were spic and span. One man came up with a clever, practical solution. He cobbled together the first ever slippers/shoes to cover the king's feet.

I did not think much about the story until I reflected on the impact and connected the dots, after the fact. That story created "mind seeds" for the sheer simplicity of the solution that was easily implementable for a seemingly complex problem.

Bringing it all Together

I had a dream - to ask Steve Jobs first hand on what the years between the two Apple gigs instilled in him. I am glad with the first hand chance to do just that with Julie.

Julie's life story, like many well told ones is like a three quarter picture of the double hump of a camel - the rise and fall of the first hump and the rise of the second.

The constancy in her story was change- by taking chances and embracing new arenas. Her first rise was symbolized by action. In contrast, her second rise personifies impact through stories - crafted with the wisdom gleaned through her experience. That made me think.

Stories do something to all of us, they help us internalize the message at our own pace and we initiate the change on our own volition. There is no power more potent than the grace of self-realization - a delightful celebration of our own evolution at our own pace of comfort, seeded by the stories we hear. The feeling is priceless and everlasting. Julie's own story illuminates us with glimpses of her ah ha feeling -action is fleeting, impact is lasting. The best testament to her ah ha is her own story - in her own words with her unwavering zest for life.