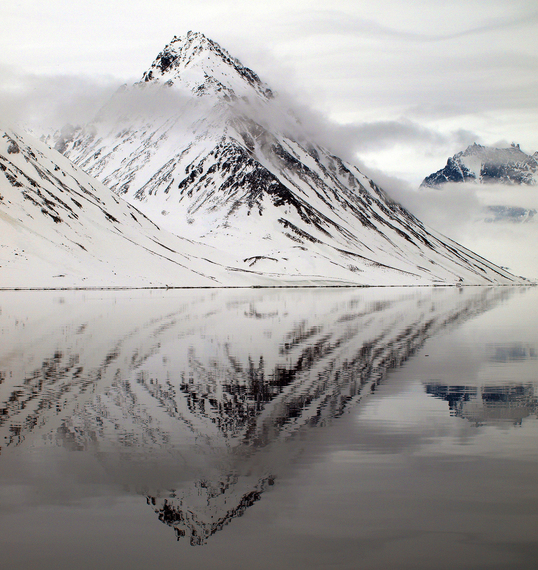 At the recent Arctic Circle Assembly in Iceland, governments, policy-makers, and scientists gathered to promote a shared agenda for the Arctic in advance of the Climate Summit in Paris in December. Within a context of conservation, sustainability, and concerns for the traditions and future of indigenous peoples in the region, the agenda nonetheless focused on various expressions of economic development to include oil and gas, minerals, shipping, and fisheries. The conclusion that the Arctic would be developed was a given; the caveats and concerns were directed to the need for additional research and information, restrictions and regulations, and compensating social responses for native communities in the form of education, health, and employment.

The concerns were embodied in what diplomats and planners call "'the precautionary principle', an approach to risk management that states that if an action or policy has a suspected risk of causing harm to the public or to the environment, in the absence of scientific consensus that the action or policy is not harmful, the burden of proof that it is not harmful falls on those taking an action. The principle implies that there is a social responsibility to protect the public from exposure to harm, when scientific investigation has found a plausible risk." Let me say that examples of plausible risk were everywhere in the presentations and I did not sense that the certainty of additional research, responsible planning and response to accident or unexpected consequence, adequate financial resources to meet the declared goals and objectives, or even political consensus about governance, regulation, or ultimate utility and return on investment, financial or social, was convincingly present.

In my view, what was in play was more a "reactionary principle," an approach that adapts to a pre-condition or existing strategy and tries to make the best of it. Was the right question being asked? Why, in fact, given the risks and known challenges, are we developing the Arctic at all? Given the unique value of the region, why are we developing aspects that are dangerous, potentially catastrophic, when there are other unique opportunities there that are not being addressed and could meet far better, with less risk, the declared goals of conservation, sustainability, and social return on investment?

There are two ways to calculate that return. The first is a negative equation, a true determination of the profit and loss of any given action. With shipping for example, the gain primarily to shippers in savings of time and fuel costs, may not be equal to the biodiversity loss incurred through black carbon, waste and oil spills, and little benefit to the indigenous population. An accident adds to the potential deficit because of lack of response, cleanup technology, accountability, and no regulatory or judicial regime to pay for and fine mitigation of the disaster. The alternative positive equation examines the gains possible through the development of the calculated sustainable value derived from Arctic systems in the form of renewable energy generated from solar and wind, hydro and geothermal, that are non-intrusive and non-destructive to the particular environment, that are emission-free, create local employment, and provide direct community benefit in places where the indigenous population presently resides. Consider also the added ecosystem value of the Arctic marine environment, where fish species migrate to restore their viability, safe from illegal, unregulated harvest and return, stronger and more prolific to the high seas and coastal waters where they can continue to provide work and protein in a regulatory climate that protects them against further destruction. Consider the research potential of the region for discovery and knowledge of marine organisms, unique to those waters and containing the capacity and potential for discovery and process that can be understood, synthesized, and expressed in drugs and treatments for health problems the world over. Consider the vocational training and psychological impact of new jobs in new trades in support of these activities.

Who is asking those questions? Who is making those calculations? Who is speaking for those renewable alternatives to the conventional exploitation of Arctic resources? Who is advocating for the most renewable resource of the all: the public who would directly and indirectly benefit from the enduring value of the Arctic as a global resource on the conservation of which we can depend for a sustainable future?