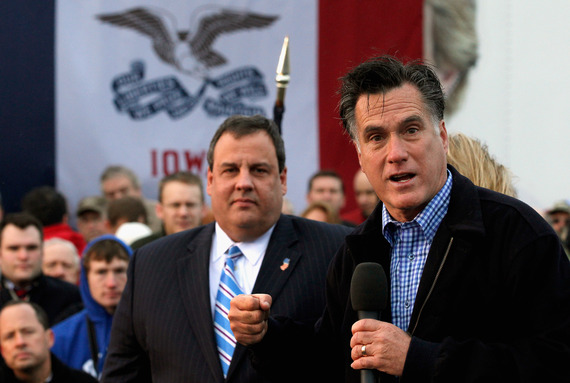 America faces many hard truths. Pernicious income inequality erodes the American dream. Crushing student debt weighs heavily on students. The United States may not have the imminent winter that imperils the environment of Westeros in Game of Thrones. But global warming, with its severe droughts, heat waves, and dangerous wildfires, is perhaps worse.

Enter modern conservatives. Instead of bringing constructive policy solutions to the public discourse, they approach our nation's problems with a rejection of reality. Just in the past few months, Republican politicians have denied the existence of global warming, claimed students are not struggling to afford college, and (perhaps most egregiously) suggested America's poor are doing fine.

Consider a recent report by Robert Rector and Rachel Sheffield, policy analysts at the conservative Heritage Foundation. Two weeks ago, they argued that the War on Poverty "failed completely" and even exacerbated poverty by creating "dependence" on government programs. How did Rector and Sheffield reach this conclusion? In part, they denied the real deprivation of poverty.

Rector and Sheffield contend "the actual living conditions of the more than 45 million people deemed 'poor' by the Census Bureau differ greatly from popular conceptions of poverty." They then list a litany of tendentious statistics (a sampling: nearly 75% of poor households own a car or truck, 43% have internet access, and 92% own a microwave) to show that the poor do not face "substantial material deprivation in basic needs." The implication of the study is clear: don't buy the liberal ballyhoo that the poor are suffering because the "data tell a different story."

Of course, low-income Americans are not living a lavish life of opulence because some have a used car, a slow internet connection, and an old microwave. Microwaves (which sell for under $50 at major national retailers) may be affordable for America's poor, but other things -- think childcare, higher education, housing, health care, and even contraception -- are often prohibitively expensive. Ironically, the Heritage Foundation advocates cutting and abolishing many of the government programs that have enabled poor Americans to purchase consumer durables.

But the study is misguided for another reason. It intentionally distorts and denies the inconvenient, hard truths about American poverty. To be fair, the Heritage Foundation researchers are not the only people propagating this false narrative. Take Mitt Romney, who confessed in 2012 that he was "not concerned about the very poor" because of America has a "safety net." Or consider Fox News. In 2013, the network used a "blissfully jobless California surfer who expects taxpayers to underwrite his life of beaches and bar-hopping" as the face of American indigence. According to a Fox News host, this beach bum, "lobster" eating surfer was "representative of literally millions of Americans" taking part in "the great food stamp binge."

"Literally millions of Americans" are not lounging by beaches, devouring expensive seafood, and sending taxpayers the bill. In reality, American poverty is less lobster, more misery. Poor parents routinely skip paying for their own meals and medications so their kids do not have to go to bed hungry. Without access to affordable housing, poor victims of domestic violence are compelled to choose between remaining with their abuser and homelessness. According to new data from the U.S. Department of Education, a record "1.3 million homeless children and teens were enrolled in [public] schools in the 2012-13 school year," up 85% since the start of the recession. It's all too easy to forget about these uncomfortable facts in the swanky lounges of the Heritage Foundation and the rarefied halls of Congress.

Fantasy makes great television and literature. It also makes poor public policy.
Poverty denial molds how many conservatives, and even independents, understand economic deprivation. It justifies an ideology that prioritizes tax cuts and "personal responsibility" over universal health care and aid to single mothers. And it prevents our public discourse from focusing on the policies that would truly foster social mobility and a more equitable society.

Progressives often shy away from discussing inequality and its interconnected issues, for fear of being tarred with the epithet of waging "class warfare." But talking about the plight of the poor more frequently, and with more conviction when doing so, is the only way to refute the absurd, conservative narrative that denies poverty is a problem. We need fewer people talking about how the poor have microwaves, and more people talking about how the poor don't have decent schools, safe neighborhoods, and fair-paying jobs.