Three years ago at Le Grand High School, these students would have been immediately expelled or suspended. This year, they weren't. They didn't miss any classes. They made amends. They learned from their mistakes.

This school year, with the help of the Restorative Justice League, he's going for double zeros. 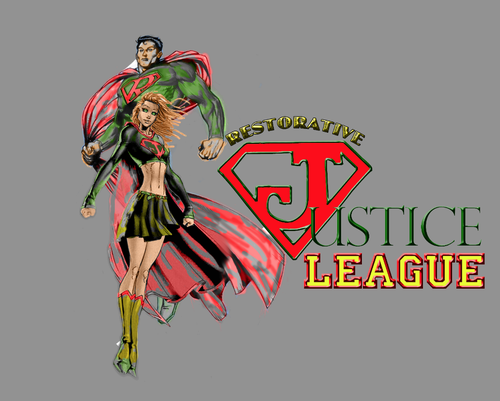 Le Grand High School is tucked on the edge of a town so tiny it has not one traffic light. Orchards and fields that feed a nation surround it, creating a 15-mile physical and psychological moat between the town of Le Grand (rhymes with "free land") and Merced, the closest Central California city. 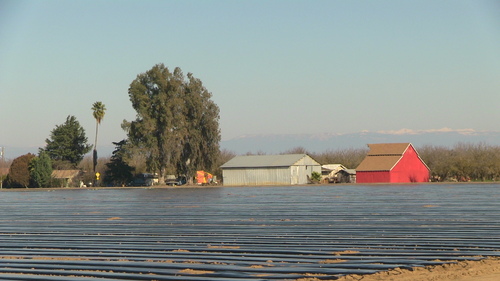 It would be so easy to look at this dot of a place and assume that nothing cutting-edge is going on at its high school. But that would be so, so wrong.

At Le Grand High School, all 487 students have tablet computers. One-third of the students participate in after-school programs, including martial arts and cooking. Where there used to be regular gang brawls, only two fights have occurred over the last two years. Half of last year's graduates attend college. 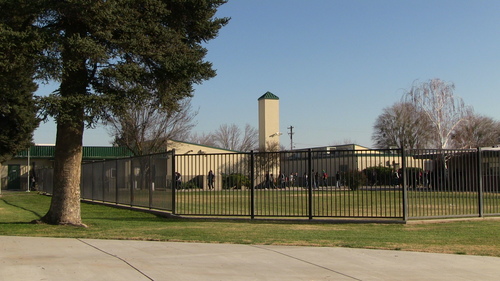 The school isn't wealthy. In fact, the high school is 100 percent on "free and reduced" education. Many students come from farm families (workers and owners) that live just above, at, or below poverty level. But Martinez is a grant-writing machine. Over the last five years, he's brought nearly $2 million to the school to support technology and programs for the students and their parents, including a restorative justice program.

At the core of this restorative justice program is the Restorative Justice League. Starting off as a dozen students flailing uncomfortably with their mission, they evolved into a tight-knit band that jumped in to help resolve a major school crisis. In doing so, they became the tipping point in the school's decision to jettison its zero tolerance policy and replace it with a supportive approach to school discipline.

On Jan. 15, the members of the Restorative Justice League erupt, flounce, drift, or stride into the classroom of Andre Griggs, the after-school program coordinator. They're all seniors with at least one other characteristic in common: They're willing to have Griggs push them out of their comfort zone this year. 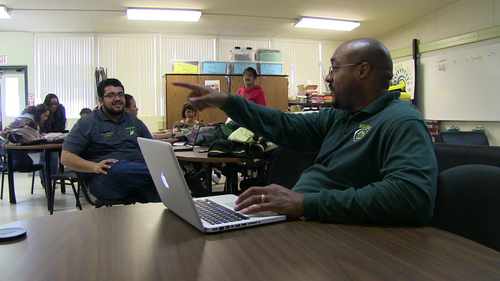 He's teaching them to become involved with the individuals and the community around them in a way that makes them squirm. At the beginning of the school year, he started them off slowly by having them figure out what they would do in real-life ethical dilemmas, as presented in the ABC News' series What Would You Do?

They trained to become peer mediators by role-playing made-up conflicts, and by developing strategies to intervene appropriately in the confrontations they saw at school. Then Griggs gave them assignments, such as talking with a student they had never spoken to. Each took a different approach. For example, Briana Biagi talked with a fellow student at a college entrance exam, while Yuhuen Ceja texted to as many of the students as she could: "Who wants to be my friend?" "That got a lot of people talking to me," she said. 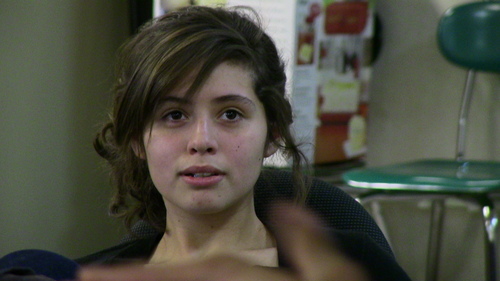 Now that the students are four months into the training, says Griggs, they're taking more ownership. "They chose a name for themselves, a logo, and created a skit to present to other students," he says.

In January, the process seems painfully slow, without a clear goal in sight.

By June, it's a different story.

By June, the Restorative Justice League students have trained 50 juniors, sophomores and freshman to be mentors for the 2013-2014 school year's incoming freshmen. They hosted a restorative justice conference for students from surrounding school districts. And, they have seven interventions under their belts.

Their first intervention was for a fellow senior, a gang member who got into a fight and broke his hand. At an intervention panel, the Restorative Justice League members listen to students who have committed an offense that would normally result in suspension or expulsion, offer ideas for restitution and if the students agree, follow up to make sure they carry through.

In the case of this gang member, they asked him to write a formal apology, to clean up after all school dances, and to become involved in something positive after school. The process uncorked his creativity and changed his life. He founded the modeling club -- a fashion club that attracted 20 student members who learned how to do photography, magazine shoots and put on modeling events for the school. He's now attending Merced College.

Another intervention occurred after two students fought in the boys' locker room after one urinated on the other's locker. The Restorative Justice League suggested that they work together with the custodian to clean up the locker room and restrooms. They also suggested apologizing to one another and the custodian.

"It's been very successful," says Griggs. "Now the two boys are best friends and they learned to appreciate the custodian's work."

The turning point for the school came when, prior to an exam, two students opened a teacher's desk drawer and took a photo of the test. After the test, the teacher found out. Not knowing who had seen the test, he failed the entire class. All the students in the class were told they would not graduate.

The Restorative Justice League decided they needed to become involved in what had erupted into a school crisis. They developed a case for why they should be involved and why the teacher's decision was unfair. They developed alternative suggestions and then presented their appeal to the principal and the teacher. The teacher changed his mind. He voided the exam, used the scores the students had prior to the test for final grades, the two students who obtained the test confessed and rest of the class graduated.

"Because of that experience," says Griggs, "we're now working on formally changing the school discipline policy and implementing restorative justice."

This is the result Javier Martinez had hoped for. "We want to empower our kids, and let them be the agents of change."

In the video above, the members of the 2012-2013 Restorative Justice League at Le Grand High School demonstrate how restorative justice works in their high school.

Three years ago, as in many communities across California, gang activity plagued Le Grand High School, says Donna Alley, superintendent of Le Grand Union High School District. "Kids were trying to wear colors to school, a student was shot away from school on a weekend," she recalls. "We needed to have kids comfortable about coming to us, and a way for them to make amends for things they did wrong other than detentions, suspension or expulsions. Those don't change behavior, and we wanted their behavior to change."

She, Martinez, Griggs and a handful of others had come to the conclusion that the punitive approach to discipline was ineffective, as the data was clearly showing. "We are so used to a punitive system," says Martinez. "We send students to the office and it is expected that a kid will be immediately suspended or expelled. But that doesn't work." The student misses classes, falls behind, and may not catch up. The student also has no opportunity to learn from the mistake. 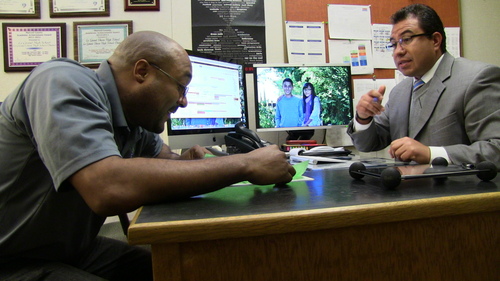 "We need to know what that individual is going through in order to help them out," Martinez continues. "For example, the kid may be having a rough time at home because his parents are getting divorced. I'm a believer in second chances. What I want to do is figure out how to help the student deal with that problem so it doesn't happen again."

When a representative of the California Endowment told them about restorative justice and volunteered funding to implement a program, the school jumped at the offer, but not just because it took a different approach to school discipline. It also fit like a glove with two other major programs the school was implementing to engage students and their families -- an after-school program that funds academic and skills classes, martial arts and drama; and a parent outreach program that includes English and Zumba classes.

If Martinez' role is grant-writer, change agent and fearless leader, Griggs says his role is to be a connector: "I connect teachers with students. Students with teachers. Community with school. And I promote the programs."

Of the three programs, it's not a surprise that the most difficult for some teachers to accept is restorative justice. "We understand that it's difficult to change," says Martinez, "especially in such a drastic form. We're asking them to drop everything they know about how to discipline students, everything their parents' generation knew about disciplining students."

Restorative justice doesn't cover all offenses. Bringing a gun or a knife to school is still an automatic expulsion, explains Martinez. "You're out of here. But for minor offenses, that's when restorative justice really matters."

When Martinez became principal in 2009, he says, "Teachers used to send me students because they didn't have a pencil." He shakes his head. Now there are fewer referrals because the teachers who have bought into the program are getting better at working things out with students in the classroom.

The students are changing, too. "We are seeing a change in culture, where students are accountable not only to teachers and administration, but also to themselves," says Martinez. "When somebody starts arguing with someone else, rather than gathering around and instigating a fight, they try to put a stop to it." 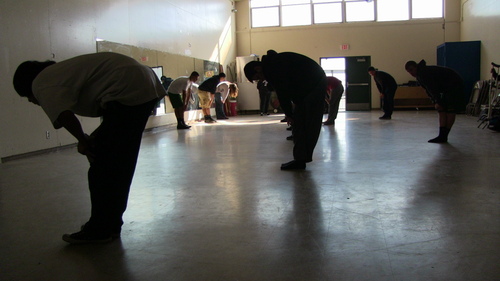 Students go through stretching exercises prior to working out in a martial arts class at Le Grand High School in Le Grand, CA.

This year's Restorative Justice League students have started a freshman apprenticeship program, so that students can develop restorative justice leadership skills earlier rather than waiting until their senior year. And they're focusing on prevention, so that there will be fewer interventions.

They're also taking a step beyond restorative justice, which has a serious limitation: It focuses on students who erupt angrily or are "willfully defiant." But many students are "invisible" -- too shy, afraid or depressed to speak out or engage in class or after-school activities. This is the flip side of how kids deal with toxic stress they may be experiencing in their homes or neighborhoods. 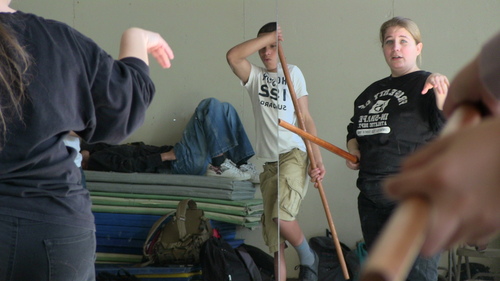 These students often drop out of school and never live up to their potential. So this year, Griggs, Martinez and other teachers are identifying those students and asking the Restorative Justice League and the mentors they've trained to start interacting with the "invisible" students to show them that the school is a safe place where they can trust others and get help if they need it.

Although the restorative justice program has been the most difficult to implement, it works because the after-school program and the parent outreach program also exist, says Griggs. "The highest crime rate and the time when most pregnancies happen are from 3 p.m. to 6 p.m. Tying the after-school program to restorative justice makes each program successful. And involving the community reinforces support from the parents." 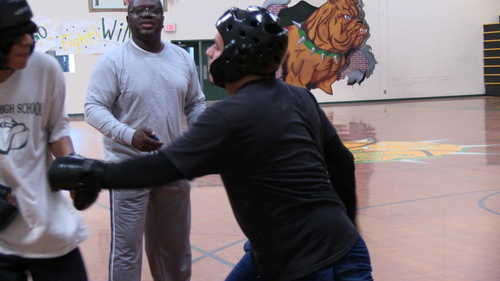 Griggs hopes that all three programs help teachers understand that their influence and the school's influence extend beyond the classroom, into student's lives and into their homes. "We really need to help out the students," he says. "The community needs to see that this school cares, and that bringing in their involvement is important, too."

"This isn't a program change," he says. "It's a culture change." 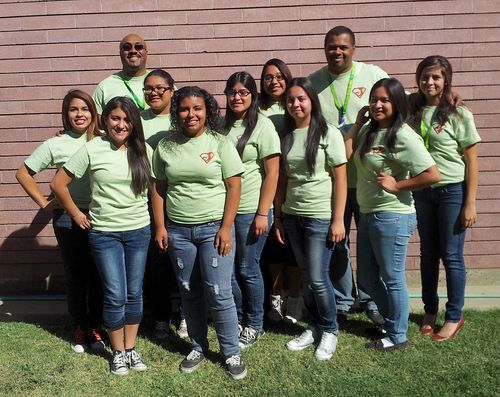 Jane Ellen Stevens is writing a book about how schools, hospitals, homeless shelters, businesses and communities are implementing practices based on ACE- and trauma-informed concepts. The school discipline series is underwritten by The California Endowment.