The results of every presidential election in history (1789-2012)

If you think the country is polarized ahead of the presidential election in 2016, you would be right. But if you believe that Americans have always dug in their heels and voted Democrat or Republican year after year, take a look at this map. 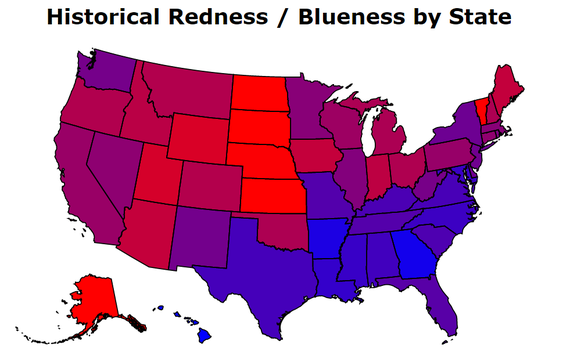 From a historical perspective, Georgia is the bluest state in the nation, while Vermont is the reddest.

It's clear that very few states are historically pure blue (Democrat) or pure red (Republican). Most states flip back and forth, and states like New York -- which has a big chunk of Electoral College votes, by the way -- is a definite shade of purple. In fact, New Yorkers flipped parties an amazing 22 times. Voters chose Democrats in 25 presidential elections, and they voted Republican in 20.

On the other hand, some states pretty much stick to their roots when it comes to voting. From a historical perspective, Georgia is the bluest state in the nation, while Vermont is the reddest. But even those states voted for the other party throughout their history, with Georgia voting Republican 9 times (and Democrat 32 times), and Vermont voting Democrat 7 times (and Republican 33 times). 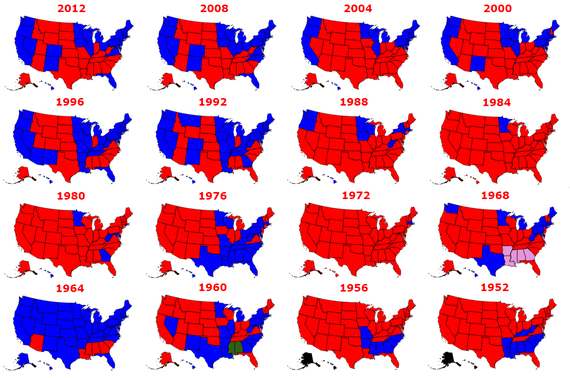 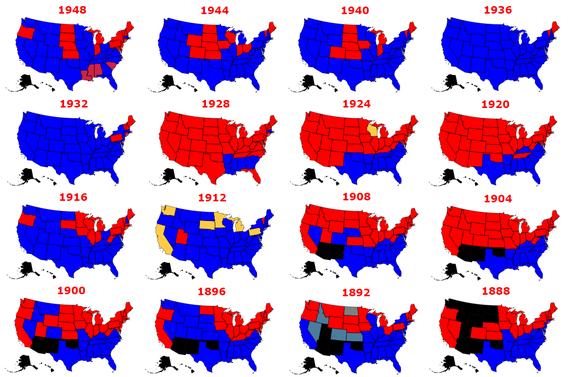 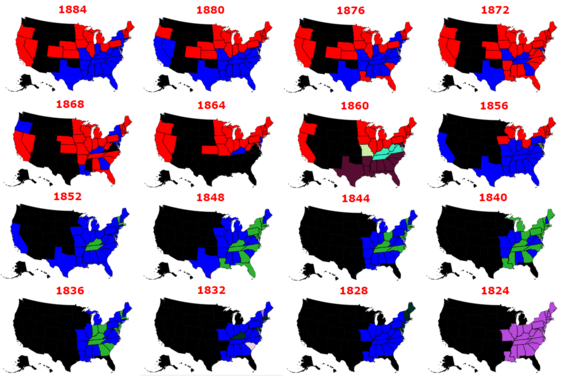 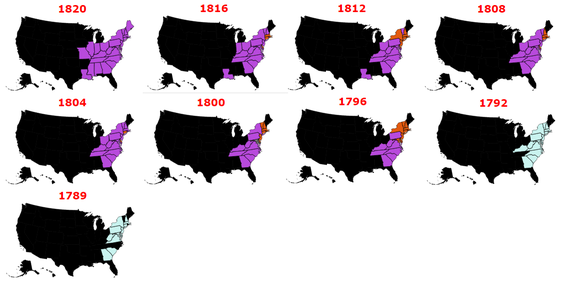 If you compare the election map in 1956 to 1964, you see something shocking by today's standards. Just about every state changed parties. Much of the country turns blue to elect Lyndon B. Johnson, but amazingly Republican Barry Goldwater is able to garner traditionally Democratic votes in the south. Four years later In 1968, the blue states flip back to red to support Richard Nixon against Hubert Humphrey. Meanwhile, George Wallace, the third party candidate, wins five southern states.

In 1976, the entire south voted Democrat to support southerner Jimmy Carter, only to turn Republican in 1984 to support Ronald Reagan, who carried an astounding 49 out of 50 states.

So what does our history tell us to expect in the presidential election of 2016?

Yes, the country is polarized -- but anything can happen.

Is the rise of "outsider" candidates like Bernie Sanders and Donald Trump a sign than the country is ready for a change?

Or do they represent a continued progression toward to the extremes of the political spectrum, and a sign that we are becoming even more polarized?