After a bitter and divisive last few months we could all use some good news right about now. As historic as November 8th was, something equally as momentous occurred on November 9th but it somehow did not receive quite as much media coverage. According to photos posted from some of the principal cast members, November 9th was the official day that Curb Your Enthusiasm Season 9 began filming.

It has been 5 long years since we last saw Larry David and with each passing year it seemed less and less likely that Curb would ever return. There were rumours that one of the main reasons why Season 9 was never going to happen is that Larry did not have a story arc in mind that he liked enough to weave through and sustain an entire season. Although not necessarily involved in the plot of each individual episode, from season 3 onward, every year has had an instantly recognizable overarching storyline.

From opening a restaurant in season 3 to joining the cast of the Producers in season 4 and from Richard Lewis needing a kidney in Season 5 to the Black's moving in during Season 6, every year has had a fantastic arc. After every season since Season 5 it seemed likely that Curb would not be back and never more so than after the Season 7 finale in which a virtually complete Seinfeld reunion episode was aired. But eventually Larry did come back and he came back stronger than ever. I'm thankful everyday that he did because I contend that 'Palestinian Chicken' is not only the funniest episode of Curb , but it is in fact the funniest episode of television ever created.

Now that we know Curb is officially filming and will be returning in 2017 I think it's clear that Larry has come up with some type of arc to tie the season together. Whatever Larry comes up with will undoubtedly be brilliant and hilarious but I thought it would be fun to throw out a few guesses for potential story lines for this season. The following options are ranked in descending order of likelihood but in ascending order of what I think would be funniest.

I highly doubt the real Larry wants to be a full time cast member on SNL for many reasons, chief among them being the ridiculous time commitment required. I do think however that he unquestionably enjoyed his run as Bernie Sanders and I think he really loved his time hosting the show. Much like going on Broadway, owning a restaurant or doing a Seinfeld reunion, Larry can get to portray what this fantasy would be like without having to actually do it. 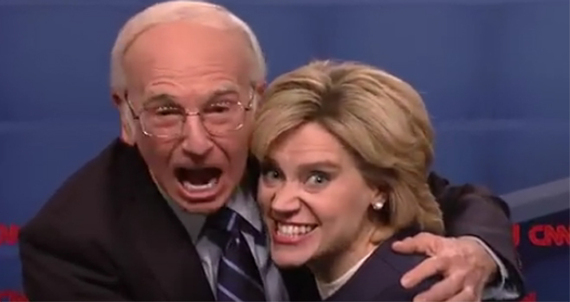 The dynamic of his relationship with the much younger cast members, the writers and with Lorne Michaels as he tries to pitch his ideas and lobby for more airtime would make for excellent television. The idea of Larry getting into heated arguments with Leslie Jones or bumping heads with various co-hosts and celebrities is a limitless source of comedy. As anyone who has ever read a behind the scenes book about SNL can attest, the inner workings of SNL are dramatic and fascinating and I know Larry could mine comedy gold out of this unique working environment.

In general LD isn't a ripped from the headlines guy but when the situation calls for it few people do it better. Seinfeld brilliantly worked in more O.J. Simpson jokes and trial references than you probably remember and I'm not just talking about Jackie Chiles.

Peter Thiel stealthily bankrolling a lawsuit by Hulk Hogan to take Gawker Media, his sworn nemesis for over a decade, out of business was a story that most people looked at as too outrageous to be true. But I saw it in a very different light. I saw it as exactly the type of thing that Larry David in the Curb universe would do to exact revenge on a nemesis. A running theme in Curb is that Larry's vast fortune has brought him very little pleasure as although he can afford to live an incredibly comfortable life, it still can't save him from awkward social situations or the rules of 'normal' society. Imagine Larry realizes that in this new litigious America a person with limitless resources can sue everyone that wrongs him and eventually the poorer party will have no choice but to capitulate and admit fault. 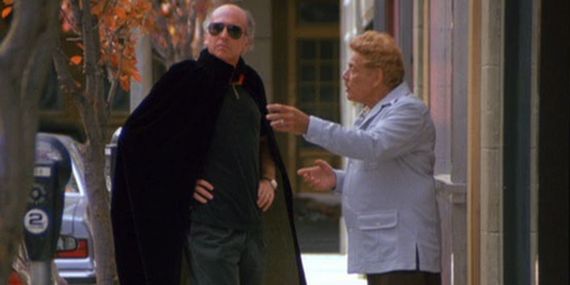 He has actually been a lawyer before

The thought of Larry manipulating the courts to have Funkhouser or the 'pig parkers' or the 'schmohawks' of the world put on stand at a trial and made to squirm until they finally break and admit they were wrong brings me so much joy. As we all know from 9 seasons of Seinfeld and 8 seasons of Curb, if there is one thing Larry David is motivated by it is spite. The manipulation of a broken court system to receive his own brand of spiteful justice over many long-term nemeses is enough material to maintain multiple more seasons of Curb.

Now I admit this one might sound pretty far fetched but before you laugh it off, consider the following:

Susie's hatred all of a sudden makes a little more sense now right? They never really explain where the tension comes from but a drunken mistake leading to her getting pregnant would certainly lead to lifelong animosity. I also truly believe that from time to time (very infrequently but not never) it's clear there actually is a weird affection they both have for each other.

Or consider this. I understand that Jeff and Larry are best friends but he has never shown loyalty like this to anyone previously. The most minor aggravation, trivial slight or wearing of belly shirts has been enough to make him dump friends or fire employees. He takes quite literally nothing in stride and yet he has withstood years and years of Susie's abuse and keeps coming back for more. Maybe his loyalty to Jeff and his willingness to spend so much time around someone who treats him so poorly is because they have a dark secret that is forcing them together?

If you really, really want to indulge me on this theory there is also very little evidence that Jeff is actually a good manager. He couldn't see through Mel Brooks' plan to hire Larry specifically to fail, he makes Larry cover for his infidelities and it's also unclear why someone who works so very little even needs a full time manager. So why would Larry stick with him? If this theory holds true it is the perfect way to ensure his daughter Sammi is always provided for without ever having to confront the truth with Jeff.

And the final reason that this might not be as crazy as it sounds is found in the pictures below. The actress that plays Sammi on Curb, Ashly Halloway, really does look quite a lot like Larry's actual real life daughter Cazzie. 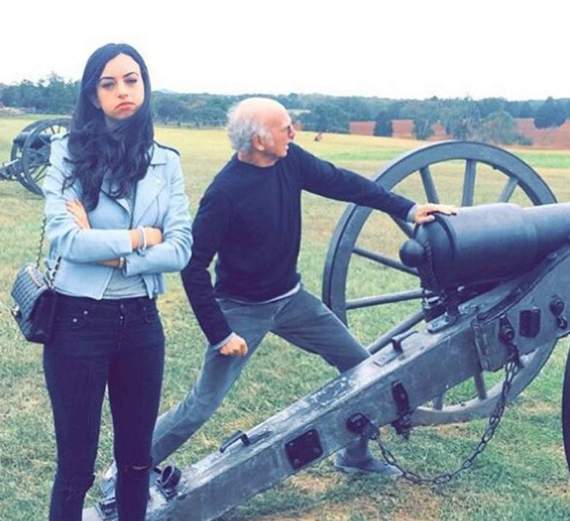 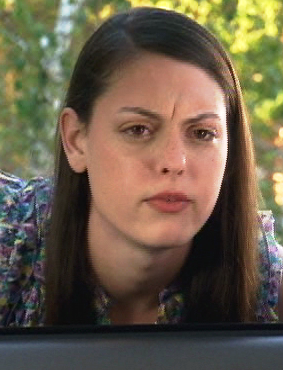 I rest my absurd case.

I'm sure whatever Larry has come up with is infinitely better than these three storylines above but we have to do something to pass the time until the official return of the best comedy on TV. After watching nothing but political news for a while now, it's clear that we need Larry back now more than ever to be the one yelling on behalf of society.