"Father, what is this worth?" asked the son in his father's shop. "Am I buying or selling?" replied the father. 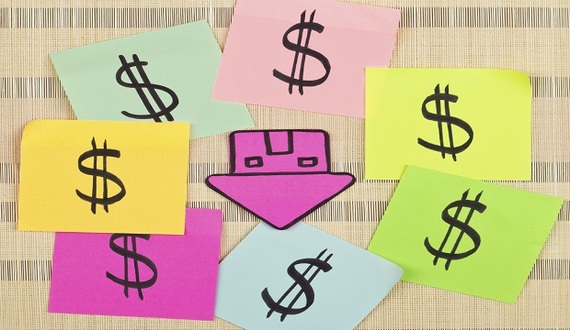 If all you did was listen to the TV commercials you would think that a reverse mortgage was niftier than sliced bread. But listen closely to some of the language used: "A government insured reverse mortgage".

Ah, here's the tip-off. Who is being insured? Not the consumer. So now the screwing begins. I speak first hand since I have just gone through the third phase of the process - where the screwing drives a stake into your heart.

First, there is a ton of paperwork to initiate the process; Tedious, not understandable to most people, voluminous, and all CYA for the lender, the processor, the government, and anyone else touting or affecting it.

Second the qualification process for the certificate to enable you to get one. It is educational in nature and cannot be waived even by someone like me with 42 years of real estate experience of all kinds. Some companies even charge for the privilege of being bored. The local Mobile AL Consumer Counseling group did not, bless their hearts.

Third, they drive the stake through your heart with the appraisal. I have friends, acquaintances and colleagues who have concurred with my anecdotal conclusion, to wit: There is an intentional policy of lowballing the appraisal. In other words, the alleged value of the home will always end up in the lowest quadrant of alleged market value an appraiser might be able to justify without being indicted. How do I know this? Let me describe my two primary experiences.

About three years ago I started the process with a very lovely lady attached to a Texas company. When that company reported its initial valuation to me it was based upon the tax rolls and the assessed valuation reported thereon. How ludicrous is that? Needless to say, the process ended there.

Fast forward to today. Prior to the recent event, I had an informal appraisal done (from a qualified appraiser) which justified a valuation of $460,000. When I got the word on the "official" appraisal the amount was $370,000. I was incredulous and, of course, not interested in going any further based on that amount, but I waited to read the appraisal report emailed to me.

The report read as if a moron with a drug problem had written it. It described the house as having 2.5 floors - it has three. It described four bedrooms and three baths but it has five bedrooms and four full baths. It materially understated the square footage for no apparent reason. The appraiser who showed up sounded intelligent, fairly knowledgeable about the local market, technically competent to measure square footage, and was willing to discuss the comparable properties I presented to him, which I had been given by my appraiser.

How did it all go so very wrong substantively but more important - FACTUALLY! Somehow material facts were stated incorrectly by a material margin. Also, the pricing should have ended up no worse, in my honest opinion, than $105 per square foot and I would have had my reverse mortgage and been able to stay in my home.

I have begun an "appeal" process and will publish a follow up article. I just put the house up for sale. I am meeting with an attorney to discuss legal recourse for what I can only allege to be fraud in the factum and a fraudulently contrived evaluation. In the good old days we used "MAI" appraisers and joked that those initials stood for "Made As Instructed". It is my considered opinion, appraisers today are mere puppets with their strings being pulled by FHA. I have no faith in this "arbitrary" appraiser selection process because they all appear to have the same marching orders: Make up for the real estate bubble losses of 2007 - 2009 by low balling appraisals for reverse mortgages. I can think of no other logical explanation for what I am going through. It is bad enough that the intrinsic fees and costs in the process are borderline unconscionable, in my honest opinion, but the low balling before the determination of the final percentage the reverse mortgage will provide is in my honest opinion borderline criminal.

I find it amazing that every time I applied for a mortgage to buy or refinance I got an appraisal at or above my purchase price. That is until I applied for a reverse mortgage. I hope there is a special place in hell for the appraiser puppets and their puppet masters - courtesy of our ever intrusive incompetent government in Washington D.C.

About the Author: Henry Schwarzberg is the Principal of his consulting firm specializing in all aspects related to Qualified Plan governance, management and operation; Defined Benefit and Defined Contribution plans; Expert witness services and brokerage transaction/account forensics. He has a Law Degree from Brooklyn Law School and holds the following credentials: AIF, CRPS.