Arianna Huffington's latest book has been at my bedside for several days now. I've been trying to examine my feelings, and my world, in terms of Huffington's worldview. I've been asking myself to what extent do we need this third metric -- which is the subject of this book -- in order to hang on to our sanity in this dynamic, constantly changing world we live in.

Thrive raises a difficult question: which of the current measures of success should we change and adopt, seeing as the existing ones -- money and power -- are bad for our health. Huffington describes the third metric, which, according to her, comprises four elements: well-being, wisdom, wonder and giving. I must admit that, for a moment, I was afraid this would turn out to be a heap of "spiritual", trendy, New-Age aphorisms. But the more I read, the more I understood how much a change of tack is called for in our thinking, particularly for us women.

For years, highly regarded women, career women, have been focusing on what's been called "balancing career and family life", based on the understanding that these women live with an unacceptable level of stress. 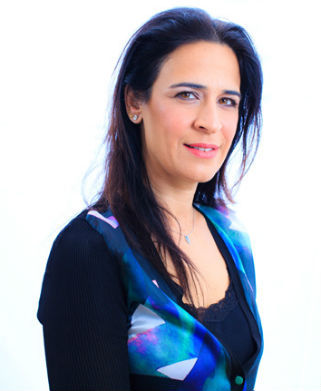 I was brought up according to my father's worldview, journalist Dan Margalit. For him, "work is what we live for" -- a familiar Israeli motto -- is the essence of life, and what enables us to achieve our goals. My father is certain that work and creativity prolong life expectancy, which is precisely the opposite of what Huffington claims in her book. My father, who's over 75, brags to us, his daughters, that he never took a day off "just for the hell of it"; and that the few vacations he did take were chiefly to appease his family and made him miss his work.

At first I was confused, troubled by the gap between the two world views. But then it struck me: That's the gist of the huge difference between people of my father's generation and people of the likes of Huffington, who live in a world far busier and more fast-paced.

The scientific data presented in the book, garnered from the best researchers, leave no doubt. The stress levels brought on by too many tasks, too much media, combined with lack of sleep and the culture drilled into us that success means power and money, will lead to our untimely demise from heart disease or diabetes.

The question, "What kind of life do we want?" is the question of the 21st century. Particularly for us women. We are still struggling for equal status, equal pay compared to our male colleagues and significant, appropriate representation in the media, politics, literature, science and the academic world. The revolution begun about a hundred years ago by the suffragettes is an ongoing one. Some say it is at its peak, with a current-day focus on gaining access to the inner circle of decision makers.

Aspiring to that third metric is tantamount to a feminine revolution. Large chunks of the book deal with data and anecdotes about women who gave up their thriving career; women who knowingly decided to change their status to "former successful woman executive" for the sake of child rearing or at least a reasonable balance in their demanding way of life. And all the while, the technology that was meant to make life easier for us has actually made it unbearable in terms of the amount of energy required.

Whereas, in the past, we made a distinction between doing and being, today all those smart devices and mobile networks at our disposal don't let just "be," no matter where we are. Email notices pop up in the middle of the night or while we're putting our kids to bed, reading them a bedtime story, or during a family dinner and so on.

Once upon a time, I used to consider the ability to multitask a huge advantage, a unique and efficient ability; and there is a grain of truth in that. But over the years I realized it's also a disadvantage. It emphasizes our inability to be fully present. Our presence has become partial - with friends, our spouse or significant other, and with our kids. I find this phenomenon so serious as to require a new rule at home: Friday night dinner without phones. We have to beg for half an hour of disconnect.

In our times, children -- like their parents -- learn that the mobile devices with their constant availability are their main contact with the social world and with the outer world in general. We talk briefly, keep abreast of disasters, and work -- all simultaneously. Any wonder we're so exhausted?

When my little girl puts down her book, interrupting her pre-bedtime reading to look at me, to make sure she has my attention -- I know that something is woefully wrong in the way technology has taken over my life. Huffington's book mentions Mark Bittman, the New York Times' food columnist who admits to being addicted to technology. Bittman is the type of person who obsessively checks his email on the plane's in-seat phone in the midst of a transatlantic flight. No, I'm not going to check whether I myself do so.

According to the data quoted in the book, nearly half of working women give up their career once their first child is born, and only a few of them return to focus on their career once the children grow up. These worrisome data point, more than anything, to the strong desire to lead a different, more balanced life.

The statistics may refer to mothers, but I am convinced that this trend is shared by both women and men who long for true change. Many admit to their desire to have the time and peace of mind to do other things in life aside from work: going on vacation, quality time with the kids, spending time with friends, reading a book, or just quiet contemplation, without feeling that someone or something is constantly after you. Ultimately, this will be the third revolution that the writer is talking about. It may be the women who will spearhead it, but it will benefit all humankind regardless of faith, race or gender. This is a true human need that will determine the shape of our personal, social and intimate ties.

If we do not wish to find ourselves turning into robots who've had a stent implanted following a heart attack, nor wish to be dependent on various chemicals, we'd do well to change our way of life and adopt techniques that will relieve us of chores, nuisances and emails. Huffington also deals with the issue of the chronic sleep deprivation we impose on ourselves in our pursuit of success and as a result of too many tasks.

One more thing: As I wrote these very lines, I came across a paper written by my eldest daughter, 16-year-old Noa. The paper deals with the status of women in children's literature and in the media. Leafing through her paper, I understood once again how many tasks are still ahead of us women. True - many revolutions are still underway, but it seems like the time has come to embark on another revolution that will change and improve the world.