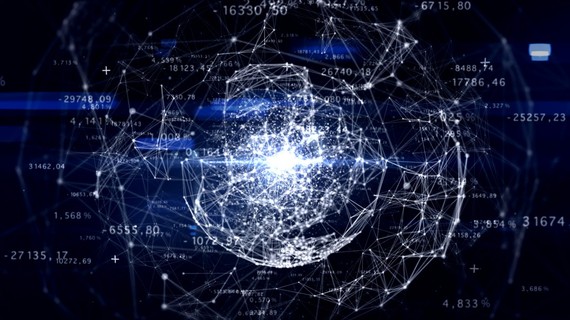 Happy New Year... and what a year it will be as the revolution has begun.

We are living in a rapidly changing landscape in which traditional commercial banks as we know them are undergoing a radical transformation. The conventional brick and mortar model of commercial banks is done. Over. It will be gone in a matter of years. People no longer want to go into banks to make deposits, obtain loans, or withdraw their savings. Banks, for their part, are evolving too. They see it. They know what is happening, and they are scared. Hundreds of thousands of current bank employees will be employed in different vocations in the next three to five years. There will be monumental and rapid bank BRANCH closures on a scale we have never seen before. We will witness the decentralization of bank operations to not only urban hubs, but lower cost demographic hubs that make more economic sense for the large banks.

And banks will come to love this.

Blockchain and/or mobile payment systems will obviate the need for people to need branch banking. As one of the most advanced industrial nations we are markedly behind the curve in money transfer and mobile banking. People on the streets of Nairobi and Senegal are sending cash to one another while I send money through my bank and am charged $75 for that privilege. That pisses me off, as I suspect it does to millions of other Americans who will not take this lying down.

Technology will be the answer and banks will be forced to make these changes if they want to continue to take deposits and pay .0004% interest to the consumers for the privilege of their money being secure. This has angered people for too long and people are not going to take it. That is why I suspect there is more money under the proverbial American mattress than any human being truly realizes. And that too will change. Some brilliant individual will come up with a way for people to have a secure place for their money and still be compensated properly for that privilege. See, I just did it. Pay a depositor three percent and arbitrage their money at 5%. A well-run, efficient company could make a very good business doing it this way. Customer happy, business successful. Done.

Brick and mortar branch banking will become extinct in favor of centralized hubs, and banks will love it. Let's think about this rationally. As a bank, I want to expand into a new territory. The old way would be to target that new area, send a reconnaissance team to find a branch to rent, hire a team, train them, and open for business. Think of how costly that is and how much time it takes to obtain requisite market penetration to become profitable. What if a bank could simply log onto MagillaLoans.com and be servicing loans in that same territory within seconds of hitting the "submit" button? Talk about a low-cost entry into a marketplace. The cost savings is both radical and enormous. As brick and mortar branch banking goes away, banks will become markedly more profitable due to these new technologies: less real estate, less leases, less personnel and benefits packages and, conversely, less potential HR lawsuits, and the kicker... massive lending efficiencies. It will be a revolution in banking.

Once the branch system dies, the banks will only need more centralized hubs which can be located anywhere. I suspect, banks will choose smaller metropolitan areas with access to large colleges for cheap but educated labor; perhaps that is why North Carolina is a mini banking hub already. Now, there will still be the need for banking employees, but, in the next three to five years, banks will slowly separate the wheat from the chafe in terms of their personnel. Going forward, they will only employ the highest and best quality employees who produce the best ROI (Return on Investment) for the bank. If you are in business development at a major bank, you better be one of the top performers; those jobs are gone! This massive personnel shift of former banking employees will be no less epic than the manufacturing jobs loss in America due to outsourcing of the last twenty years, and I predict, twice as dramatic.

And the banks will love it.

People (employees) and real estate are a bank's largest expenses. Banks will have profit windfalls, and these windfalls will be compounded by massive lending increases. Again, banks will use MagillaLoans.com to help improve internal efficiencies in their lending divisions to radically transform the way money is lent in the country. Magilla is at the forefront of the "straight to underwriting mentality" that will become de rigeur lending in America in the next five years. The cost and speed of lending money will be drastically reduced from the current way of obtaining a loan today. This will spur growth in America and the world beyond. Banks will become so cash rich they will lobby for Glass-Steagall reform and/or clarity enabling them to legally put this newfound money to work in other ventures not typically considered "bank investments." The transformation will be both epic and legendary.

Be prepared... the revolution is here and you will be part of it!