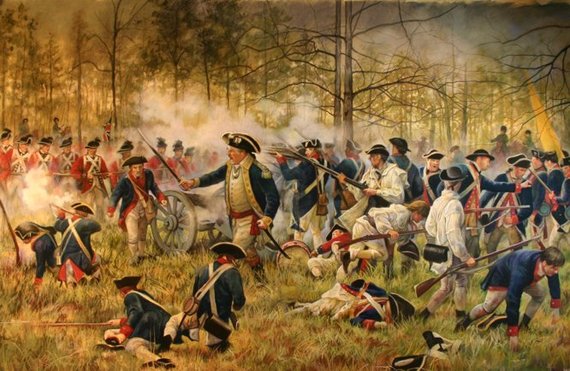 Some of you may have read my first blog of 2017, "The Revolution Has Begun (Part 1) - How A Radical Shift Is Changing The Face Of Banking In America," which was published on the Huffington Post. In it I decreed we are in for some wholesale re-structuring in the banking world. In Part II of my earlier blog, we shall see even more clearly how banking in America is about to change.

The fundamental founding premise of our company is creating efficiency in a world of inefficiency. To create a better, faster, easier, cheaper way of doing loans in America. It really is quite simple.

Our company mantra is "straight to underwriting." We believe the near future of obtaining loans in America will evolve into this concept. We provide a borrower a platform to quickly, easily, and, most importantly, privately understand the current lending landscape in the borrower's demographic area in a manner of hours. This is because we have discovered each demographic area of banking is different and constantly changing. The bank with the cheapest rate, and most competitive terms, in Boise is different from those in New York City on any given day.

Because banks have their own internal real estate portfolios they are constantly rebalancing. When they get too heavy in one type of loan in their portfolio and light in another (for whatever reason), they "buy out" the marketplace in the lighter type of loan in that demographic. "Buy out" simply means they are hyper-aggressive in the market place on cost, rates, and terms. But a borrower looking for a loan would have no idea which bank is hyper-aggressive in the marketplace unless they were using our platform. That is what we have observed. Some banks will undercut the entire marketplace to replenish the types of loans they are light on to rebalance their portfolio. But a borrower would NEVER know which bank is doing that on any given day; no Fourth of July-type fireworks emit from the bank being most aggressive that day/week/month... until now.

Now, for the really amazing part. In the coming years, the loan process in America will evolve further to a "straight to underwriting" concept. Borrowers will submit snapshots of their financial life and bypass the face who comes to your place of business, collects all of your financials, and tells you underwriting will take a few weeks to analyze your data and get a term sheet back to you. If you don't have three months to spare, you are in trouble; it's never a "few weeks." Banks will willingly evolve to this new idea because a) they will have to, and b) it will benefit them. Borrowers, people, have come to expect this type of efficiency in everything that they do. If Amazon is gonna have a drone drop off a case of toilet paper at your doorstep, banks will be forced to play along.

So, how will it benefit them?

Underwriters will become the new rock stars of the banking world. Entire offices will be set aside for them, and their work will become quicker and easier. They will respond in a much faster manner to a borrower's loan request, not so much because they have to, but because they can. Like so many industries before it, banking, too, will cut out the middle man. The business development sector of the bank will radically decrease over the next five years in favor of the cheaper, true blue collar talent of the bank... the underwriters. While a seemingly harsh statement, every industry goes through these technological growing pains, and banking will not be immune.

And, again, the banks will love it because they will become wildly more profitable... and profit drives change.

Sit back and watch, the revolution is happening before your eyes.