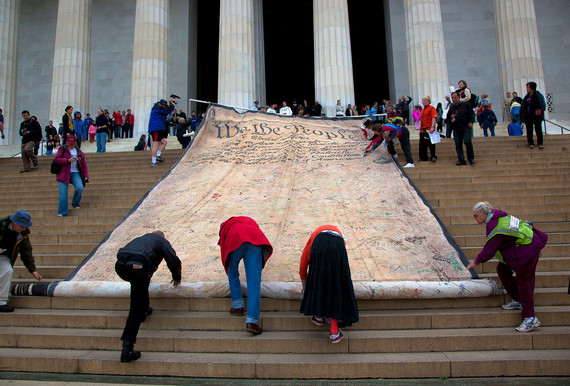 Hillary Clinton and her DNC status-quo flunkies ignore the reality that both the Donald Trump and the Bernie Sanders candidacies make clear. The United States is entering a thus-far nonviolent populist rebellion against a corrupt-to-the-core oligarchy. In this paradigmatic battle between the common good and the greedy corporate elite, it would be a catastrophic failure for Americans to allow the populist mantle of a political revolution to be carried and defined by the hateful demagogue Donald Trump. Currently, Sanders is the only figure in a position to carry that positive populist banner to victory.

Regardless of how much lipstick is slapped on an establishment pig, come November (and beyond) millions of people are going to choose change. Depending upon their options, they will either vote for a challenger to the status quo who best reflects their complaints and aspirations, or they will choose not to vote at all. So, despite Clinton's recent shift in tone and her gradual, disingenuous and unbelievable makeover on the issues, her candidacy could never stand in for Sanders.

Indistinguishable from the oligarchy against which people are rebelling, Clinton is a doomed candidate. A Clinton candidacy actually increases the possibility of a Trump victory, which would merely strengthen the quasi-fascist oligarchy with a populist thuggery, reducing the rebellion to its most base reptilian cruelties (and I apologize to the reptiles). Even if elected, Clinton is doomed to be a divisive and impotent president in service to the oligarchy she represents. So, whether the current populist uprising entrenches or dismantles the oligarchy could be impacted by who U.S. voters get to choose from on the ballot this November. Our best hope requires that Bernie Sanders to be among the choices.

The existential crisis I hear journalists refer to in the Republican Party is at least as profound for the Democrats. The disillusionment and outrage of Sanders supporters due to a clearly far-from-democratic Democratic party is warranted and inevitable. The Democrats have been chronic whiners when it comes to progressive third party "spoilers," but when independent Bernie Sanders offers them the opportunity for redemption from within, the insiders, including the "superdelegates" squander it. In doing so, they secure their status as impediments to progress.

After so many years of abuse and betrayal, Democrat party requests for progressives to "fall in line" with more "Anybody But Bush Trump" make me want to vomit. The press celebrates and inflates the value of the meaningless party platform committee seats thrown as bones to Sanders' people in order to placate them. This too is laughable to anyone who has played that game before. Progressive platform plank goose chases and Change We Can Believe In rhetoric may reflect our collective aspirations and hopes, but they are pure bait and manipulations. Those collective aspirations and core values have been consistently served up to a war-mongering, planet-poisoning transnational greed machine in exchange for gerrymandered power; payoffs to fund farcical campaigns in elections that resemble auctions; and revolving doors into the promised land of obscene wealth and privilege.

With prominent plutocrat Charles Koch considering a vote for Hillary Clinton, the damage has already been done. It was self-inflicted by the Clinton camp long ago, so they have no one to blame but themselves for being irrelevant to We the People so urgently calling for and engaging in a nonviolent political revolution. Yet another Clinton presidency would merely confirm the DNC's irrelevance to progressives, the change they seek, and the broader uprising they are part of. A Hillary Clinton nomination would demand a strong progressive challenger who is convincingly presidential.

An independent Sanders run is then not only desirable, but necessary. Sanders is our only hope right now for executive leadership in the tearing down of the corporatist DNC/RNC duopoly. If not on the Democrat ticket, an Independent Bernie Sanders is one of very few options for preserving the positive populist uprising and the progressive aspirations of a political revolution. Only Bernie Sanders can deliver victory against both Hillary the Corporatist and Donald the Demagogue. 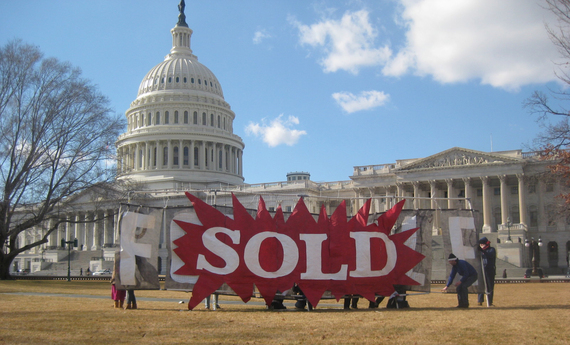