We firmly believe that America's historic bars are the best place to learn her history. Sure, you can go to a museum and see relics behind glass. Go to Mount Vernon and wander the hallways and view history from behind ropes. But if you want to really experience it, and especially if you want to experience the Revolutionary War on our Independence Day, go to one (or preferably all) of these historic watering holes. 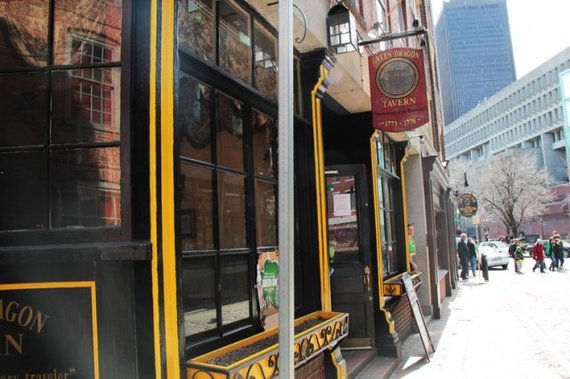 The general feeling of animosity toward Great Britain was shared throughout the colonies, but no single area rebelled more than Boston. And so it's in this beautiful city we start the history lesson, and we start it at the Green Dragon Tavern.

The current tavern is not the original--it was actually built in the last two decades--but they've done a good job at making it look period. The original Green Dragon burned down and was demolished in 1854.

The reason why this place is so special is because it was the location that served as headquarters for rebellion. The Sons of Liberty-dedicated to a country free from British tyranny-met here and this is where they planned the Boston Tea Party. Paul Revere even left the tavern on his midnight ride. From the events that happened at the original Green Tavern, the United States was born. 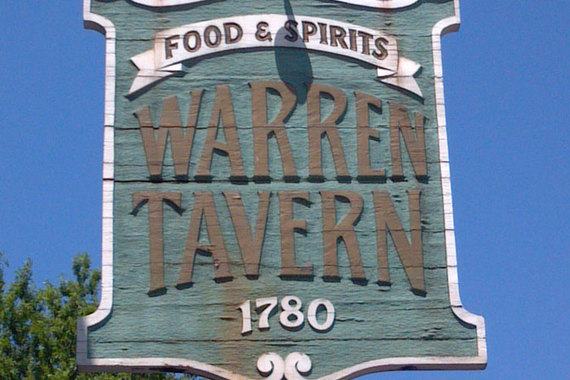 While the Continental Congress was still debating whether or not to declare independence, Boston was under siege. On June 17, 1775 the British attacked colonial militia at Breed's and Bunker hills. It was a devastating battle that led to the death of one of the earliest great Patriots, Dr. Joseph Warren, who served as a militia general.

The town of Charlestown was set fire by the British, and in that fire was lost a particular tavern frequented by many Patriots of the time, including General Warren. In 1780 that tavern became one of the first structures re-built after Boston was liberated and people moved back. The tavern was renamed the Warren Tavern in honor of the fallen General. 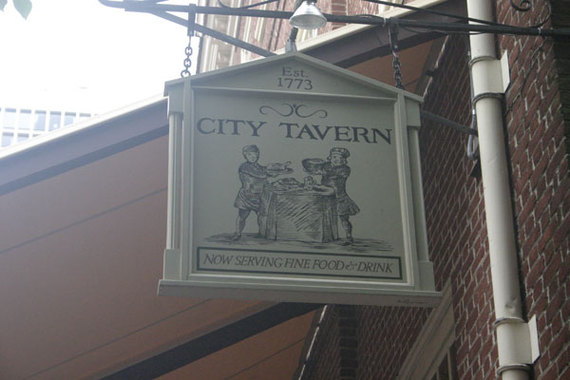 The City Tavern was built in 1772 and was intended to be a sharp contrast from the other taverns in Philadelphia, and it certainly was. Built of brown brick where others were clapboard, the City Tavern was elegant and refined. And thus it attracted many of the more genteel residents of the city. Benjamin Franklin, for example, frequented the tavern and it was here where he introduced John Adams to the future first President, George Washington.

No doubt many deals and negotiations occurred here that shaped our country in ways we will never know. 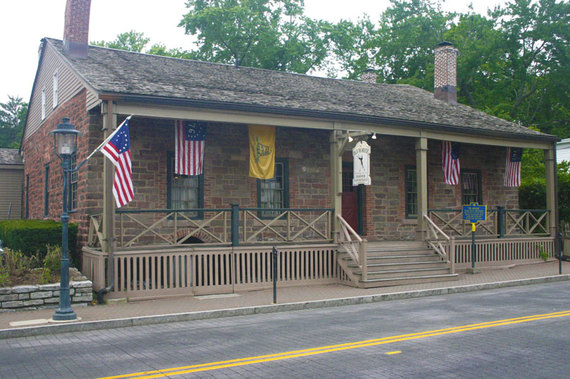 The year is 1780 and war has raged on for many long years, yet both sides are resolved to win and so are still battling fiercely. At the beginning of the year the Adjutant General of the British Army, Major John Andre, began plotting with the American General, Benedict Arnold to get control of the fort at West Point.

In September, after securing the plans for the fort from Arnold and paying the sum of £20,000, Andre was captured by Colonial sentries. He was marched to the headquarters of the American Army at Tappan, New York, just north of New York City. There he was jailed in the town's Public House, The Old '76 House.
This tavern served as his jail through his trial until he was found guilty and executed a short walk away.

The tavern saw Washington and all of his generals gathered in a single place-perhaps the only place in the entire war where this occurred. It was also the place where Washington later received the British plans for evacuating New York City. 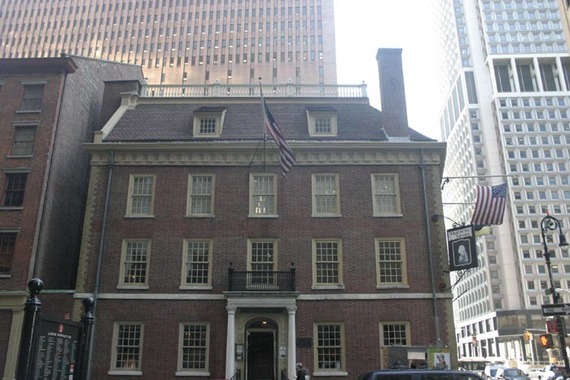 On November 25, 1783, the United States had finally and officially beaten the British Army and become independent. On that day the last of the British military left New York City. It was also the day when a triumphant General Washington paraded into the city amongst fanfare and cheering.

Washington marched his army (after making a brief stop for a beer at the Bull's Head Tavern), to lower Manhattan to Sam Fraunces' Tavern. There a party was thrown in his honor to celebrate the end of the war. Washington himself made 13 toasts of hot buttered rum to a variety of people who had ultimately helped him defeat the British.

This is also where Washington later chose to say farewell to his officers when he resigned from the Army.

So there you have it, the battle for independence told through five historic bars. Each is still standing and inviting you to explore some history - to really explore history. And while you're at it, you can wash it down with a tasty beverage. Cheers!