Just like so many great things in life, my decision to move to Dakar, Senegal was based largely on a mistake.

I was 23-years-old, and as a journalist in Sarasota, Florida I was happy, but I felt the pull to venture abroad. It was one of those pulls you feel deep in your gut. It nagged at me. I knew if I never gave into that pull, I would always regret it.

But where was I going to go? I had two qualifications: I wanted to learn French (I had high-school and college courses under my belt), and I knew I didn't want to go to France (I wanted something different from my Western World experiences).

One day a fellow journalist and good friend gave me a burnt CD with the words "Amadou et Mariam--Senegal" scribbled in black permanent marker on the silver reflective disc. I didn't know those megabytes of music would change my life.

The first time I listened to the music, I was driving to the beach in my 2000 white Chevy Malibu. I still remember the moment it hit me: I was turning the curve on Siesta Key in Sarasota, and it was spring. My windows were down, the warm wind was fighting with my hair, which was too long at the time, and the sun was shining (as it always does in Southwest Florida). The Amadou et Mariam track was "Beaux Dimanches," which means Beautiful Sundays in French.

"I love this music," I thought. "The singers are from Senegal... Why don't I go to there?" And thus, my decision was made. After I did more research on Amadou et Mariam, I discovered they are a blind couple, who are actually from Mali--Senegal's direct neighbor to the East. But by then I had fallen in love with the idea of Dakar, and after I did more research, I knew Dakar was the place for me to strike out on my cultural exploration. 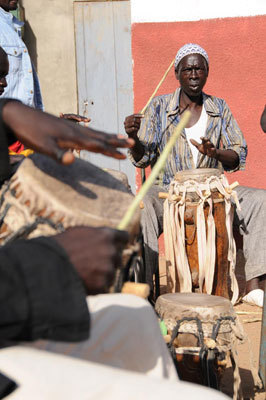 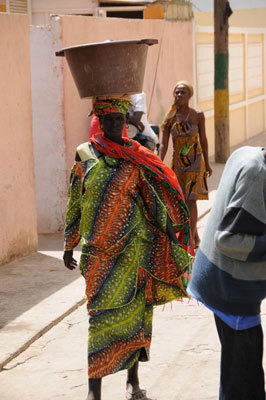 There were so many reasons I knew I should move to the West African city: I wanted to be a minority. I thought the idea of being a minority would make me a better journalist. If I could understand what it's like to be judged in an instant, based merely on skin color and language, I figured I could be more sensitive when I wrote and photographed minorities. 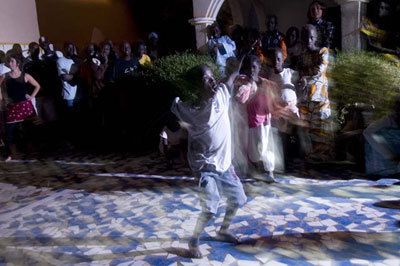 I wanted to learn more about Islam. Ninety four percent of Senegalese are Muslims. As a small-town Midwestern girl, I had never even been friends with a Muslim in my entire life. I wanted to know more about this religion that some invoked to wage war, and others claimed to give them peace. I wanted a more personal experience with Islam than the one I experienced by reading the papers and watching the news.

I wanted to be humbled, and as a stranger in a foreign land, there are limitless ways to be humbled every day. All my life I had learned in the classroom--the good, but safe way to learn. Now I wanted to dive head first into a new lesson in humanity.

So I made a mental self-declaration: I would be in Senegal on my 25th birthday. Less than 2 years later, on January 20, 2008, I was living in Dakar with a Senegalese family, volunteering for an American non-profit and photographing my new surroundings.

As a photographer, I find it odd that my strongest impressions of Dakar are the sounds: the mosque prayers that echo through the city five times a day, the goats and sheep that bleat in the streets constantly, and the Mbalax (Senegal's musical genre) that blares in the stores, taxis and homes at all hours. 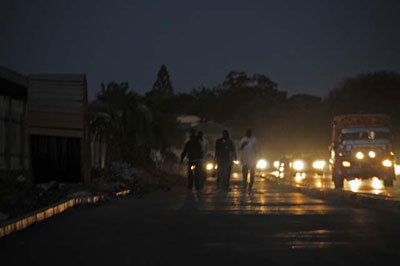 During the past few months in Dakar, I have learned more than I ever imagined I would. My Senegalese family has shown me the meaning of generosity, as well as given me an amazing view into Islam. I'm still learning, and my French isn't quite fluent, but I'm working on it.

The friend who gave me the CD once joked that he was glad he didn't give me his "Kansas" CD, or perhaps I would have ended up farming in Wichita. And I always say I must be very careful what music I listen to, movies I watch and books I read, or I never know where I'll end up next. But secretly I know that whatever influences me, when I make those decisions, as long as I'm open to new people and new ideas, I should be just fine--even if there are some mistakes along the way. 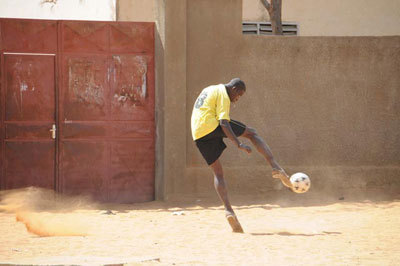