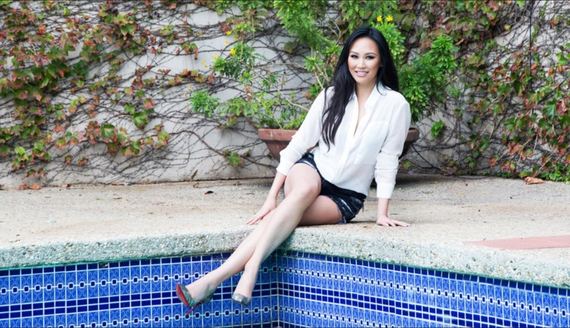 E!'s hit series "Rich Kids of Beverly Hills" returned last week with a handful of changes. A new cast member with a last name I'm sure you'll recognize, longer episodes and from what I hear, a lot of drama. Have no fear Instafans...Season 3 will offer more shopping, impromptu vacations and an array of fun hashtags for your viewing pleasure.

I caught up with cast member Dorothy Wang to hear more about what this season has in store...

It seems there are a lot of changes in the works for Season 3. The episodes are now 1 hour long and I hear Taylor Hasselhoff has been added as a cast member. How did she become part of the group? 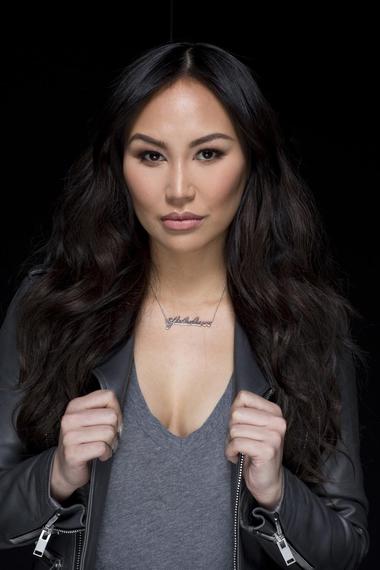 DW: Yes, I'm so happy that the show is now an hour long. I think it really just lets our stories get a little deeper and air out. I like to say we're like a fine wine that gets be decanted now, haha. I guess EJ and Taylor had known each other when they were younger and reconnected when they were both in New York in February. Taylor and Roxy obviously went to high school together and had a past but didn't really see each other again until we all went to the Bahamas with EJ.

I've been told this season has a lot of drama. Good drama? Bad drama?

DW: Yeah there is definitely a lot of drama. I personally hate the drama, it literally gives me anxiety and I try to avoid it like the plague. I always say I have different, more interesting, aspects of my life to showcase. I especially hate the "dumb drama" as I call it- the drama that occurs when people are just being over the top or ridiculous, or fight over things with no merit, which tends to happen when you have a boisterous group of friends like I do. Which unfortunately is the drama I had to deal with in the beginning of the season, at my birthday. It was a really hard time for me and really hard to watch back on TV. It was definitely my worst birthday ever. The other type of "drama" though, where friends have problems arise and genuinely address them, as nerve-wrecking as it may be, I think is healthy. It's not catty, it's very real and something that happens with every group of friends. So in short, yes there is a lot of drama this season, some "good" and some "bad," but no matter how you spin it it's entertaining to watch!

With cameras always in tow, has there ever been a moment that you didn't want to air?

DW: I honestly have always been very comfortable with the cameras. I remember our first day of filming, the producers were surprised now natural I was. I think I'm just a ham, I light up when that little red light goes on! Haha. I think for so long I lived my life as if I had a camera crew around and people cared about my life, so it's still pretty cool and exciting that it's actually happening now. Maybe i'll feel differently in a few years, but for some reason I really don't see myself getting sick of it! I think we all regret those days we maybe were a little it too lazy to put on makeup or put together a cute outfit! A lot of those "morning after" a long night moments I could definitely do without seeing on my TV screen!

For all your fashionista fans, if your closet was on fire and you could grab only 2 things, what would they be?

DW: OMG! Could you imagine?! Wow this question just sent a pang of panic through me. I guess in these situations the smart choice is to grab your highest ticket items right? So I guess I would go for my mink coat and ostrich Birkin bag.

The show is all about incorporating social media. Now I see you have a line of hashtag necklaces. Tell me more about them!

DW: I've always wanted to have my own lifestyle brand and last year my hashtag necklaces were my first endeavor. I really wanted to do a quality necklace that was fashionable and fun while still being affordable for all my fans and followers. The designs are all my favorite hashtags that you see me using on the show and my social media. I know the show is called "rich kids" and there's a lot of spending and fabulous vacations, but I definitely mix high and low priced items and save where I can! I'm also coming out with a champagne line called #richandbubbly this month! It's no secret that I've lived a privileged life and have experienced the best of the best, so I want to create products that meet my standards and are just as luxurious but at an affordable price point.

Watch #RichKids of Beverly Hills on Sundays at 10/9c on E!
Follow Dorothy Wang at www.dorothywang.com