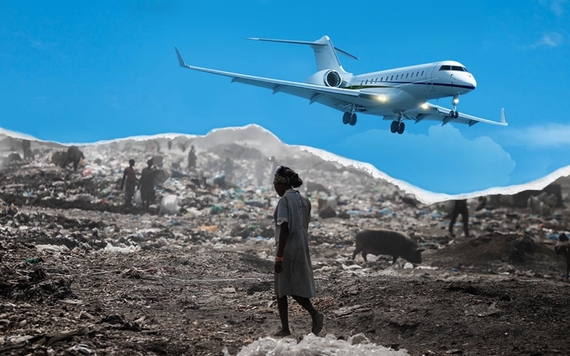 We live in a world where just 62 individuals own as much wealth that half of humanity, a figure that has fallen from 388 people five years ago. Just let that sink in for just a minute. Just 53 men and 9 women have as much wealth as more than 3.6 billion people on this planet. Such a startling statistic highlights how extreme inequality has picked up a dramatic pace.

This time last year, we at Oxfam predicted that the 1 percent would soon own more than the rest of us, a prediction that came true even before 2015 ended.

What this runaway inequality means is that hardworking people at the bottom of the income curve simply don't make enough to put food on the table or buy medicine when their kids get sick, much less buy a home or start a business, so the engine of our economic growth breaks down. Even the corporate elites meeting in Davos this week have acknowledged that such growing inequality stymies growth.

And while everyone is talking about inequality -- from the head of the IMF to the Pope, from President Obama to most of the candidates seeking to replace him - there hasn't been much action to tackle it.

Instead, power and privilege are being used to rig the system to continue the gap between the richest and the rest of us to levels we have not seen before. Far from trickling down, income and wealth are instead being pulled upwards at an alarming rate. Meanwhile, poverty is deepening and social mobility is shrinking.

While our nation has long presented itself to the world as the model of successful, inclusive growth that lifts millions into the middle class, that is simply not the case today. In fact, the US is now the most unequal rich country in the world. 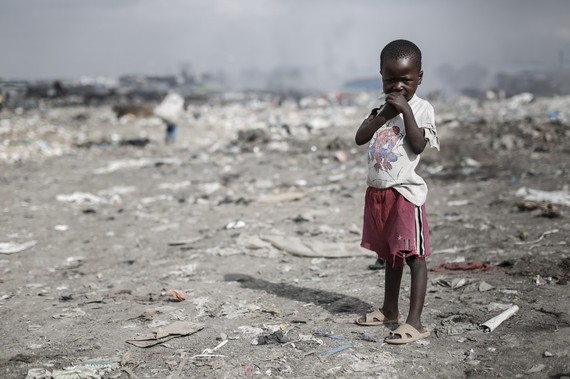 Extreme inequality is bad for all of us, but it's the poorest among us who suffer the grimmest consequences. People like five year old Morgan (pictured), whom we met while he was playing in the Mukuru slum in Nairobi, Kenya, while his mother worked, sorting through the trash. The local children often go there to scavenge for food scraps, or work alongside the adults.

Despite the fact that he lives in the fastest growing economy in Africa, Morgan's parents can't afford to send him to school. But leaked files exposed more than $560 million dollars in Swiss bank accounts that were linked to Kenya. It's heartbreaking to think the difference tax on such funds could have delivered for kids like Morgan.

And it goes well beyond Kenya. Tax havens are at the heart of a global system that allows large corporations and wealthy individuals to avoid paying their fair share, depriving governments, rich and poor, of the resources they need to provide vital public services and tackle rising inequality.

As much as $7.6 trillion of personal wealth is being hidden in offshore accounts. If tax would be paid on the income that this wealth generates, an extra $190 billion would be available to governments every year, to spend on roads, schools, hospitals.

Tax dodging by multinational companies deprive the world's poorest countries an estimated $100 billion in tax revenue every year. And it's happening here as well. US multinational corporations shifted between $500 and $700 billion - a quarter of their annual profits - out of the US, Germany, the UK and elsewhere to a handful of countries including the Netherlands, Luxembourg, Switzerland, and Bermuda in 2012. That same year, they reported $80 billion of profits in Bermuda -- more than their combined profits reported in Japan, China, Germany and France. Clearly, something is amiss.

But it doesn't have to be this way. Extreme inequality is not inevitable -- it is the consequence of political choices. We could live in a world where economic growth benefits the poorest people and tax rules work for the many -- not just the few. While inequality has many drivers and numerous solutions, we can start to tackle it by ending the era of tax havens.