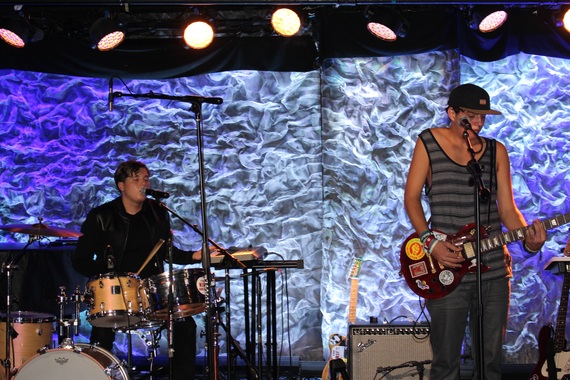 The Ries Brothers have arrived after taking New York City by storm. The insanely talented duo played the Iridium in Manhattan on August 31st alongside with Vini "Mad Dog" Lopez, founding member of the E Street Band and member of the Rock & Roll Hall of Fame. When the concert was over they left the crowd begging for more. The brothers have just begun their ascension in the music industry and what's scary is that they will only continue to get better with age. Charlie Ries at 20 years old has mastered the keyboard bass and drums while laying down killer vocals. Kevin Ries at 17 years old slays the guitar and provides Charlie with background vocals. When the two brothers came together and gave a performance of a lifetime, music fans were blown away with a distinct sound that involved a multitude of different genres including rock, blues, funk, pop and even a little bit of reggae. It is no surprise as the two young men looked up to icons in the music world.

In an exclusive interview with The Huffington Post, Charlie explained how he developed his craft over the years. "I took piano lessons as a really young kid. Then I fell in love with the drums at age 9. A few years ago Kevin and I decided to start a band because we lived together and we could practice whenever we want. And we really wanted to go for this. I was a huge Doors fan, Ray Manzarek really inspired with when he played their bassline. One day a lightbulb went off in my head to try that with the drums. I don't know why and then I self-taught myself how to do that," he said. Kevin also drew inspiration from one of the most famous musicians of all time. "I remember watching Jimi Hendrix on the television. I really wanted to do what he was doing. My dad was questioning if I would be into it because I was into baseball at the time. I played baseball for six years straight...That was my life. And then after getting into guitar I would come home and instead of picking up my baseball glove and bat I would pick up my guitar. Seeing guitar players on the screen like Hendrix, it's an unreal feeling," he told me.

Vini "Mad Dog" Lopez plays the part of a mentor for the gentlemen. A veteran of the music scene, Lopez has seen it all and recognizes talent when it comes his way. Lopez was more than happy to give the two boys a huge compliment. He told me, "They come up with the music and I just encourage them to keep doing it. They are great writers. These guys do their own brand of things and I really enjoy it." He quickly followed up by saying, "There's not a lot of guys around who can do what these guys can do. These guys are a class act and can go all over the world." 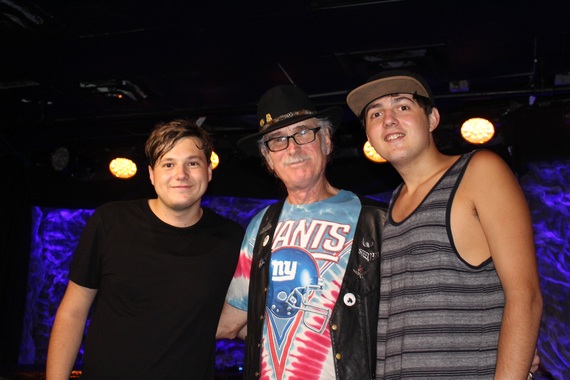 The Ries Brothers have been fortunate to pick up important lessons along the way from different bands in the industry that have toured the world including the legendary Chicago. Charlie recalled fond memories while opening for them. "First to be able to play for those kinds of crowds is insane. And just to talk to Chicago was incredible. We didn't want to be a pain and we thought we were just lucky to be here. They all wanted to talk to us, help us out and give us advice. They were the nicest guys," he said. Kevin also chimed in by saying, "The first show that we did with them was the Hard Rock Live in Orlando. I just remember we were backstage and I opened the door to the stage and then I see the fog and remember thinking how huge this was.'" Vini confirmed the generosity of Chicago. He told me with a big grin while going back in time, "Bruce and I opened for Chicago for around 36 shows. And they helped us too. They are genuinely really nice people."

Charlie and Kevin have remained humble along their journey to music superstardom. Getting to perform with popular acts like David Cook and Daughtry, Charlie took away solid advice. He said, "Each time you get to open for someone you learn something new. It could be with how good they are with a crowd or how to construct a set. When we first started we would play beach bars in our hometown for four hour gigs in the hot sun just doing classic rock covers." Kevin shook his head in agreement and said, "You have to give the same show no matter what size the crowd is. Even if there is just one person there. That one person can help your career. You have to give it 150% every night." They are also thankful to their parents who supported their dreams. Charlie said, "Their support is absolutely everything. They saw the passion that we had and the love for it. They saw that we wanted to go for it and they came along with us." Determined, Kevin told me, "We want to get to the point where we can give back to them. Instead of them driving us to a show we want to be able to fly them out to a show." Charlie agreed. "We want to pay them back as soon as possible. They drove the van up here from Florida," he said while remembering his roots.

The future looks bright for The Ries Brothers. As they continue to build their fanbase and play bigger venues, Vini Lopez has no doubt in his mind that the brothers will dominate the industry. In a heartfelt moment, he told The Ries Brothers, "You guys do it. You put the effort in. That's what you gotta do to make it in this world today. You guys are going to make it in this world if I have anything to say about it."