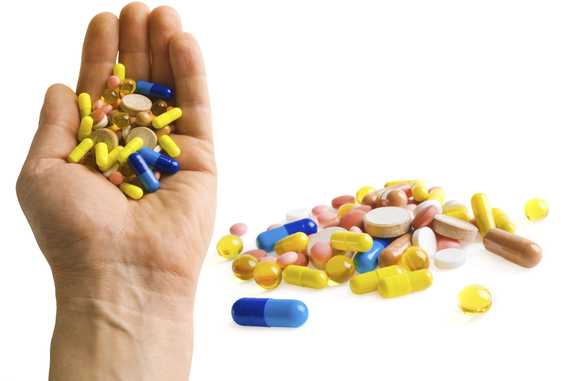 On Wednesday in West Virginia, President Obama called for additional private and public sector collaboration to end the country's opioid epidemic. The national strategy, which the president laid out in detail, focuses on two critical components: increased prescriber education and training, and better access to effective treatment.

The strategy is excellent. These additional components will save lives.

It would be impossible to curb the opioid painkiller epidemic -- which fuels the heroin crisis -- if those who prescribe opioid painkillers such as Vicodin, Oxycontin and Percocet do not understand how to responsibly prescribe them. Most doctors believe they are acting in the best interest of their patients when they prescribe these highly-addictive medicines; after all, they have been conditioned to think so.

Since pharmaceutical companies started marketing opioid painkillers as the Cadillac of pain treatment options, many doctors have prescribed accordingly with the best intentions. That liberal prescribing has shaped Americans' views of these medicines, too. Opioid painkillers are so mainstream that our reaction is almost automatic: We get an ache, we ask for Vicodin. In reality, studies show these medicines are less effective at treating acute pain than a simple combination of over-the-counter pain relievers acetaminophen and ibuprofen. What's more, an NSC survey found nearly 70 percent of those taking opioid painkillers received multiple refills, although it is rarely necessary to take opioid painkillers for more than a few days.

So, doctors need to understand the pros and cons for prescribing these medications and when it is appropriate to do so. President Obama announced many actions Federal Departments and Agencies could take to provide that education and training. Some already have committed to doing so; several private sector organizations have pledged to help, too. Ideally, the Drug Enforcement Administration would play a greater role in providing this education. Prescribers must register with the DEA in order to prescribe these medications; DEA could make education and training a registration requirement. DEA has been a leader in the fight to end opioid painkiller abuse, and taking this next step would further underscore that status.

Better education and training will, in theory, stem access to these medicines. But we cannot cut off the supply without addressing the demand. When people who are addicted are no longer able to access these medicines, they will need treatment. Failing to provide accessible, proven solutions is the equivalent of building a treatment center without a door.

Approximately 1.9 million Americans report being addicted to opioid painkillers, and hundreds of thousands more say they are addicted to heroin. If millions were exposed to a treatable disease, we would demand effective and easily accessible treatment. Opioid addiction is an epidemic. Rather than hide the source of so much suffering, our standard of care must adjust accordingly.

Successful treatment and rehabilitation include long term intervention, support and management. The most effective option is medication assisted treatment(MAT), which is a proven treatment that also emphasizes counseling and support from friends and family. President Obama is directing Federal Departments and Agencies to identify obstacles that prevent access to medication-assisted treatment and lay out a plan for addressing those obstacles.

The War on Drugs still is alive and well. A solid roadmap for addressing it is here. Now we must work toward perfect execution; lives depend on it.