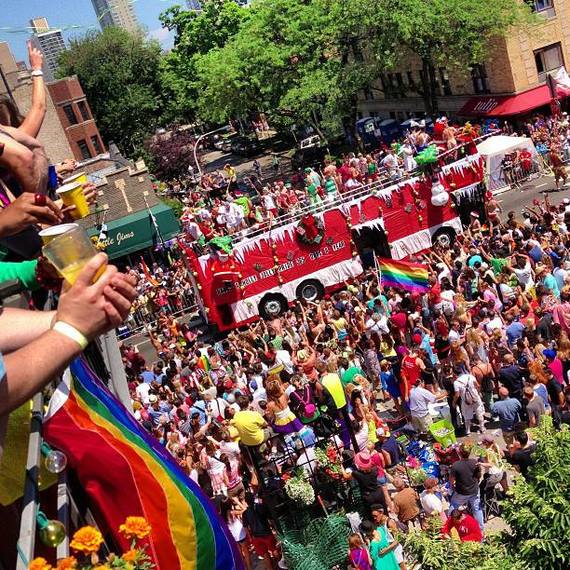 I have a distant memory, so distant that I'm not entirely sure whether this image in my mind ever was real or just a dream. Regardless, it feels real, it feels visceral, and it's sat with me for the better part of 15 years now. It was during P.E. in middle school, not only one of the most challenging developmental stages in any child's life, but also one of the most sensitive times of the school day. Making oneself vulnerable, especially in the context of sports and physical activity, is hard for lots of kids. It visibly reveals weakness. It highlights insecurities.

Especially when you're a boy.

And while I remember moments of feeling un-masculine and "not sporty," I remember these few harsh memories even more so than those. The first of which being one where I was the aggressor, one where I was the bully. What's more, I hardly remember the context or the preceding events. What I do remember, though, is making fun of someone else, the ignorance that I now know plagued me at the time, and the guilt I felt afterwards.

There was a boy in our class, a boy who had two dads. And I remember him mostly for this reason. The idea--the notion of having two dads--seemed so provocative to me at the time, and I would assume that this was due to the fact that I had begun to vehemently question my sexuality during middle school. And not necessarily because of urges or crushes, but more so because it seemed to be the first thing that a lot of my male peers noticed about me. I was frequently the butt of gay jokes and frequently harassed, most likely because something probably seemed "different" about me.

And so, while I can't remember what happened prior to this moment, or even the exact phrase that I used to join in the bullying, I do remember making fun of this boy, in particular, for having two dads. I remember him hearing me, and I remember the look of sadness on his face, as he faced yet another group of children who saw him as "different," and refused to accept him. Perhaps in that moment, I was merely compensating, merely trying to assuage a fear that I could be like "them" too, and merely sitting in my ignorance, for no one had yet taught me about what it meant to be gay, how irrelevant gender was when it came to love, and how trivial the unkind words of others can be in retrospect.

Regardless, at that point in time, you could say I was on the wrong side of history, that I was no better than those who've picketed against our right to marry, despite my developmental and psychological teenage angst. Even so, I doubt that most would peg me in this manner given the fact that I am gay; instead, I would more likely be labeled as a victim, a victim of the same society that has oppressed the LGBT community for quite some time now, a victim who would have probably never spread this hate had it not been directed towards him in the first place.

But what if this label didn't matter? What if all that mattered was that I learned something, that I became a better person, and that I never did it again?

I'm so proud of the Supreme Court's decision today, so proud of the fact that gay marriage is now legal in the United States, and as a result, it's tempting to applaud myself and my friends for always having been on the "right side of history." Likewise, it's tempting to scorn those who have been on the "wrong side" for quite some time now, whether it be for banning marriage as a whole, or even banning discussions about marriage in schools.

But I implore you to see a different perspective.

But regardless of these mistakes we make, and regardless of the ignorance that plagues all of us in some capacity, we learn from these mistakes. And that is what matters. While I will be celebrating today, I won't be celebrating because I've been on the right side of history for many years now. Instead, I will be celebrating for the lessons--the learning--that this landmark decision will bring, not only to those who have vehemently opposed gay marriage, but to our posterity, to our children, and to our children's children.

And so today when you're celebrating, I ask you do the same. Reflect on the times you've caught your own ignorance, remember what you've learned from those moments, and laud the progress that we've made for the sake of the future.