Over the last few years, I've become a big proponent of Smile Cards. The premise behind these small cards is simple: do an anonymous act of kindness and leave a card behind, inviting the recipient to pay-it-forward. If he/she does, the chain keeps going, resulting in "ripples" of kindness radiating out.

Smile Cards are wonderful in ways I cannot count. Small, simple, humble -- yet powerful, because one act of kindness can be the start of a long chain. But for all these reasons, the main reason why I use them is the subtle change that has begun to occur in the way I think.

Recently, I was on a plane reading an intriguing financial book my friend had given me. As our flight landed I felt a tap on my shoulder. It was an elderly gentleman asking for my thoughts on the book. Turned out he had heard about it and was curious to read it. I gave him my feedback on the interesting read, but then a thought crossed my mind: why not just give it to him? At the time the book wasn't even available in the U.S. So I handed it over. Of course, he initially refused, but I made my best case, and after a bit of back and forth, the man accepted the book with tears in his eyes. He told me he had a hard time understanding why I should do such a thing, but that he'd pay-it-forward somehow.

Now, in the grand scheme of things, this story means nothing. I mean, it's just giving a book to someone. Anybody can do it. But... that thought, the "why not just give him the book?" thought, was very new to me. For the few months prior, I had been walking around with Smile Cards in my wallet. What initially started as a nice conversation piece at parties turned into a pile of kind acts that I just had to unload.

Slowly, my perspective started shifting. Instead of looking at how I could manipulate situations to my benefit, my mind was busy trying to think of ways I could make someone's day better. The cards were a pocket-sized prompt to be a better person! I began to realize that what I was carrying wasn't just some nice cards -- I was carrying the potential for generosity in every interaction. All this leads me back to the day I handed the book over to the stranger. It was amazing exactly because it was ordinary. I had experienced a moment where I wanted to give out of habit; almost as if that was the only way I knew how to respond to the situation. For that moment, there was no difference between a stranger and a trusted friend. And the most beautiful part? After I handed him the book, the person jumping around and giddy for the rest of the day was -- me. 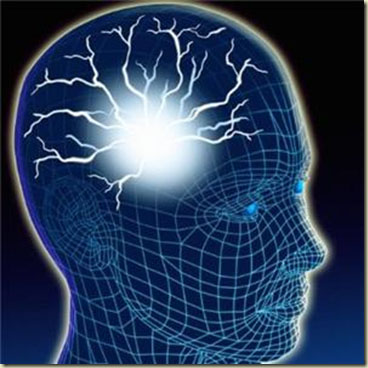 I realize now that I've been literally rewiring my brain, that the consistent effort to do little things for others is what leads to making the larger acts of giving 'no-brainers.' What's more, this has led to a shift in perspective from being focused on results to being focused on the process. Don't expect the world to change, just give right now with no strings attached, and trust that the power of the act will continue the re-wiring process in everyone involved.

I've seen in my life how the ripple effect leads to changes both externally and internally. While I don't necessarily need the Smile Cards to continue on the path, they sure are a great excuse :)

More:
kindnesshealthy livingVideoPay It Forwardrandom acts of kindness
Newsletter Sign Up
The essential guide to taking care of your mind and body
Subscribe to HuffPost’s wellness email
Successfully Subscribed!
Wellness delivered to your inbox