Last night at Innotribe SIBOS I watched the premier of a brand new documentary movie called The Rise and Rise of Bitcoin (TRRB), directed by Nicholas Mross and featuring his brother Dan Mross.

The story of the movie as per the website is explained as follows:

Daniel is a 35-year-old computer programmer from Pittsburgh who lives a busy life. Along with balancing work, his marriage, and raising his three boys, Daniel spends much of his time actively involved in all things Bitcoin. After discovering Bitcoin in 2011, his love and obsession for the crypto-currency was born, revealing an uncharted world of new possibilities for him to explore.

Join us as we take a journey through the rapidly growing world of Bitcoin. Along the way, we'll follow the stories of entrepreneurs and startups that are helping shape the new financial frontier. We'll look at the competitive mining market and the various subcultures within the Bitcoin community. You'll encounter a variety of characters and opinions as we examine the social and political impact of an open-source digital currency. Will the rise of Bitcoin bring a monetary paradigm shift that will forever change the world?

The movie itself takes place over a number of years and tracks the rise of the digital currency in 2010 when Laszlo Hanyecz paid a fellow Bitcoin Talk forum user 10,000 BTC for two Papa John's pizzas, through to it's peak when it exceeded $1,000 in 2013. On the way, however, the journey of the Bitcoin community is fascinating, and this new documentary does an amazing job of explaining the motivations of this extremely disparate group of fans, and why Bitcoin has been so successful in such a short-time.

Rather than shy away from the Silk Road and Mt Gox stories, TRRB tackles these news events openly, showing that rather than proving to be the death knell of Bitcoin as many predicted, that they led to a maturing of the platform that still survives to this day.

There are many "believers" of Bitcoin in the new documentary, there are those who believe that Bitcoin will significantly disrupt or even replace the traditional banking system and currencies of today, and those that believe the so-called Blockchain will revolutionize money transmission, identity management, etc. At the same time, the documentary records interviews with FinCEN and industry skeptics who are less enthusiastic, or have different objectives. 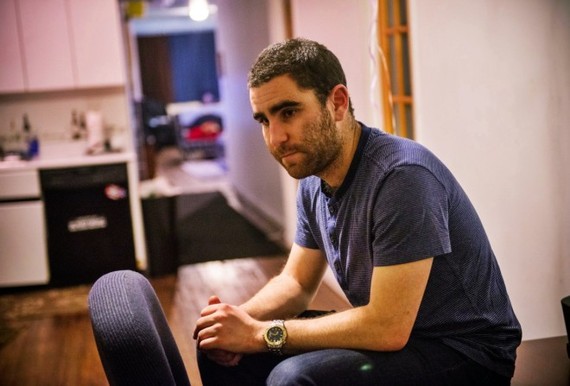 The Rise and Rise of Bitcoin is a movie that does a great job of explaining exactly what its title suggests - why Bitcoin is where it is today. It proposes that Bitcoin's journey has just begun, and that the fundamental building blocks of Bitcoin will be far more disruptive in their component form for a long time to come.

At its core though, the documentary is framed as a human story. We see the incredible growth of Charlie Shrem's BitInstant, one of the very first US-based Bitcoin trading businesses, as they take on new staff, office space and see volumes triple in a day. Then we see new US regulations which suddenly put Charlie's business in a grey-area legally and find him arrested returning from overseas on technical breaches of Anti Money Laundering rules. The last image we have of Charlie is him wearing a government-issued ankle monitor enforcing a house arrest order (Shrem has since had those restrictions lifted.)

The movie launches globally on October the 3rd on iTunes, through Vimeo and at select cinemas. If you want to know what all the Bitcoin fuss is about, I'd strongly recommend it.

Innotribe is the innovation arm of SWIFT. Apart from the premier of The Rise and Rise of Bitcoin, we also saw the public launch of a new bitcoin business Circle and a demonstration of "Bitcoin 2.0" or so-called #colouredcoins. Also check out the cameo from my BANK 3.0 book on Charlie Shrem's bookshelf about half way through the movie!