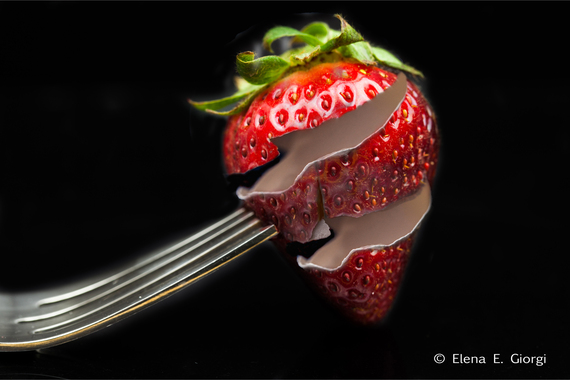 It's that time of the year again. You step out of the house and your eyes itch, your nose starts running and your head feels like an empty balloon. Yes, it's allergy season. Even the resilient ones, give them enough time and eventually they will develop some form of allergic reaction.

But what are allergies and why do so many people suffer from them?

Allergies are a glitch in our immune system. The immune system is built to recognize and destroy pathogens -- potential threats like viruses and harmful bacteria. Unlike pathogens, allergens are substances that, despite being harmless to the body, still trigger a response from the immune system. As soon as the allergen is detected, the immune system releases a class of antibodies called IgE. These antibodies signal the cells to release histamine, a neurotransmitter that triggers all the pesky symptoms typical of an allergic reaction: wheezing, watery eyes, running nose, coughing, and all the like.

Spring is a particularly dreaded time of the year for allergy sufferers because of all the pollen released in the air. Global warming has impacted the duration and spread of pollen allergies: shorter winters and warmer temperatures translate into longer pollen seasons, which in turn increase the duration and severity of symptoms for allergy sufferers. In addition, they also increase the exposure and possible sensitization of people who don't suffer from allergies ... yet [1].

Are allergies on the rise?

In his 2015 review [2], Thomas Platts-Mills, of the University of Virginia School of Medicine, looks at the prevalence over the past five decades of asthma, hay fever, and peanut allergy, and reports a progressive increase in pediatric asthma, as well as a "dramatic" increase in food allergies. Allergies are more prevalent in developed countries, and particularly in urban settings, suggesting that something in the industrialized lifestyle may have triggered the increase. However, given the many drastic changes introduced in these countries over the past century, it's hard to pin-point one specific cause. Several factors have been suggested as possible explanations: changes in hygiene, for example, together with a decrease in outdoor life, smaller families and no more exposure to farm animals, have significantly reduced childhood exposure to bacteria; the progressive use of antibiotics and antimicrobial products have also reduced such exposure; less outdoor time also means less physical activity, more exposure to indoor allergens, and an increase in body mass.

First proposed in 1989 [3], the "hygiene hypothesis" -- the theory that the rise in allergic reactions is caused by a decrease in childhood exposure to harmless bacteria -- has grown to encompass many other disorders, not just allergies. The theory originally spurred from the observation that children with a higher number of siblings had a lower risk of developing asthma, something that led researchers to think that this was due to a higher exposure to bacteria.

The human microbiome is the set of all bacteria coexisting in our body. They are estimated to outnumber our cells by 3:1 and the vast majority of these organisms are not only harmless, they actually play an important role in our health. For example, by modulating the concentration of chemicals that are precursors of important neurotransmitters, they can affect our mood and mental health [4]. They can also influence our propensity to certain phenotypes such as leanness or obesity by affecting gene expression in our guts [5].

Scientists have used a mouse model to show that by transferring gut micriobiota from allergic mice to resistant mice they could actually transfer the food allergy to the latter [6], proving a correlation between the two. Tolerance to food is acquired during infancy thanks to the interaction between the immune system and the gut microbiota, and therefore, early development of the gut microbiome is believed to play a fundamental role in the predisposition to allergies and other diseases later in life. Indeed, in the industrialized countries that are experiencing an increase in allergies, scientists have observed a delayed gut colonization after birth, less biodiversity in the gut microbiome, and reduced turnover of gut bacterial strains in infants [6].

Three major factors could be responsible for this: (i) natural birth versus C-section (a C-section deprives the newborn of beneficial exposure to commensal bacteria residing in the birth canal); (ii) breast-feeding versus formula; (iii) early exposure to antibiotics. All three practices -- C-section, formula feeding, and the use of antibiotics and antimicrobial products -- have been increasingly used in developed countries, and all three affect the development of the gut microbiome in infants. While studies that have looked at possible associations between any one of them and the risk of allergies so far have not yielded conclusive results, the differences in microbiomes between healthy people and those with asthma and allergies are an indication that early exposure to bacteria may protect against these conditions [7].

Is there such a thing as too much protection?

These observations don't mean that we should all stop washing our hands and start living filthy. They do, however, point to a trend in overuse of antimicrobial household products (soaps, laundry detergents, kitchen cleaners, etc.). These products should be used with care and only when truly needed. In most instances, natural substitutes like vinegar to clean surfaces are a better choice, as they keep your kitchen clean without killing microorganisms that are actually beneficial to our health. As much as we strive to protect our little ones, remember that childhood exposure to pathogens makes your child's immune system grow stronger and well trained to recognize bigger dangers. (On a side note, vaccines equally stimulate the immune system without the hassle of all the symptoms.) Finally, global measures like recycling gray water can benefit both the planet and our own health, as it saves gallons of drinking water from being used in landscaping and farming, while restoring important bacteria into the soil and back in the environment.