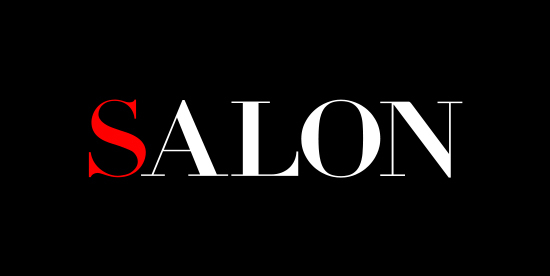 Salon is at the forefront of progressive politics, primarily because it pushes boundaries and alters a stagnant paradigm of thought. When former Salon editor Joan Walsh calls an article about Hillary Clinton's FBI investigation "idiotic," yet remains silent when Clinton's super PAC spends $1 million to troll people online, something is wrong with progressive politics. As stated in The Los Angeles Times, "Correct the Record, a super PAC coordinating with Clinton's campaign, is spending some $1 million to find and confront social media users who post unflattering messages about the Democratic front-runner."

Did you hear the outrage from progressive media?

No, but you'll hear that Salon has declined, primarily because it's extreme left-wing authors haven't sworn allegiance to the Democratic establishment. For example, POLITICO states "Salon contributor H.A. Goodman has written several columns for the publication with titles like 'I wouldn't vote for Dick Cheney, so I won't vote for Hillary Clinton: An unrepentant only-Sanders voter fires back at critics' and 'Please, FBI -- you're our last hope: The Democratic Party's future rests upon your probe of Hillary Clinton's emails.'"

How dare anyone compare Clinton to Cheney or ask the FBI to do its job!

The problem, however, with blaming Salon is that these articles were first published in The Huffington Post. What POLITICO, Ms. Walsh, and others fail to grasp is that my writing, although offensive to the liberal Ancien Régime, still earns over 800,000 Facebook likes on occasion. Not everyone is ready for Hillary, and some people even think she's the reincarnation of Dick Cheney. If this rattles sensibilities, then someone needs to ask why these "extreme" viewpoints are so popular.

Nothing embodies the establishment better than an innocent David Brooks piece in The New York Times titled Why Is Clinton Disliked? Surely, it's because the former Secretary of State needs more hobbies, not because she pushed for the disastrous coup in Honduras and bombing of Libya, or accepts millions of dollars from Wall Street. The next Brooks piece will no doubt be titled Why isn't Clinton viewed to be progressive?

What makes The Huffington Post and Salon ahead of the curve is a willingness to publish articles about Hillary Clinton, or Bernie Sanders, or any other topic, that might offend the establishment. Lord knows the average Bernie Sanders voter has been offended by almost everything written in The Daily Beast and Slate. However, the nature of why certain people dislike Salon is the primary reason the publication is essential to progressive politics.

Progressive media has turned into a giant public relations firm beholden to establishment Democrats. The Daily Beast, Slate, TPM, and most other sites promoted the Bernie Bro myth with glee, but failed to discuss the hundreds of thousands spent to bully Bernie Sanders voters, or anyone else opposed to Clinton. Bernie supporters don't have a super PAC paying online trolls; Clinton voters do, and nobody cares.

As for sexism, you won't hear protests from the Hillary crowd regarding a Daily Banter article titled Susan Sarandon is as Racist and Misogynist as She is Insane. Of course, Susan Sarandon is absolutely right about Clinton's neocon policies, and if you don't believe me, just ask Robert Kagan. In The New York Times, Kagan clearly explains that "If she pursues a policy which we think she will pursue it's something that might have been called neocon, but clearly her supporters are not going to call it that; they are going to call it something else."

No doubt, the good people that The Daily Banter have never heard of Robert Kagan, and aren't interested in the Iraq War or neoconservative policies; the primary reason they find Ms. Sarandon's viewpoint so unpleasant. In 2016, the greatest tragedy faced by progressive media is the mass amnesia regarding a Democrat's neoconservative policies.

Apparently, if it's a Democrat, then perpetual wars aren't a problem. If it's Bush or a Republican, then you'll get The Daily Banter's attention. The same phenomenon exists everywhere else in progressive media, and it's always the same dynamic: Republicans are evil and backwards, while establishment Democrats are the saviors of Democracy. Any critique, and certainly any attempt at looking in the mirror, and you've been excommunicated by the progressive priesthood.

As for Salon, a great number of its writers passionately support Hillary Clinton and urge readers to vote for the former Secretary of State. Salon can't be accused of an anti-Clinton bias, because for every H. A. Goodman or Walker Bragman, there are many more pro-Clinton writers, championing Clinton's policies and even attacking Bernie Sanders.

Ultimately, Salon's real sin is the audacity to break the 1990's "Ken Starr against the Clintons" paradigm. When your value system was shaped by Bill Clinton saving the nation from yet another Republican White House, then you've been transformed into a 1990's liberal zombie. Even mentioning the FBI investigation of Clinton's emails is blasphemy.

The fact that a super PAC devoted to a Democratic icon would descend upon its own base of voters speaks volumes about American politics. Most importantly, the fact that POLITICO and others have written about Salon's "fall" only emphasizes its relevance, and the impact of its editor and staff on the Democratic Primary. The old school liberals are frightened, and there's nothing Correct the Record can do to alter the growing resentment of voters who despise establishment politics.

Salon is targeted by disgruntled liberals defending the glory days because the establishment willingly overlooks Clinton's past. When Raw Story's Tom Boggioni writes Show me on the doll where Hillary touched you, Salon dot com, he conveniently forgets Clinton's widely publicized viewpoint pertaining to polygraphs. As stated in CBS News, "But in the recording, Clinton indicated she believed her client was indeed guilty... Heard laughing, she said the polygraph test he managed to pass 'forever destroyed my faith in polygraphs.'" Sorry Tom, your snarky hit piece only highlights the fact Hillary Clinton laughed about a child rapist passing a polygraph.

Finally, there's an article everyone should read, and it's something that might have received scorn in 2016. In 2012, Joan Walsh wrote The case against Hillary:

If Clinton is serious about not running, she should keep copies of the video handy to cheer her up in case she ever doubts her legacy or gets bored. (I'd maybe edit out the Henry Kissinger parts, but that's just me.)

...The left wing of the Democratic Party, in particular, has gotten stronger since 2010...

Maybe most challenging, Hillary Clinton is going to have to do more than defend the domestic policies of the Obama administration -- and go beyond them, if she wants to make a lasting, measurable difference in reversing income inequality. She will also have to defend Obama's more controversial national security policies, including the expanded use of drones, the wider dragnet of domestic surveillance and the president's claiming the right to assassinate American citizens.

People on the left who rightly or wrongly held their political fire in the 2012 race, judging that the president would be better on all of these issues than Mitt Romney, have at least two years to organize and push these issues, perhaps behind an insurgent candidate. And the critics won't necessarily only come from the left on these issues. In 2016, Americans won't be happy with "Osama bin Laden is dead, and GM is alive."

I couldn't have said it better myself and I agree with everything Ms. Walsh stated in the words above. In fact, I've echoed many of these points during my recent appearances on MSNBC and CNN International.

However, it's good to have Salon push the discussion further to the left than "Americans won't be happy with 'Osama bin Laden is dead, and GM is alive.'" If this offends people, even better, because progressive politics needs a shot of adrenaline. Salon offers a vibrant alternative to status quo writing, analysis, and the establishment paradigm furthered by TPM and other publications.

If anything, Salon is needed today more than ever, because a dangerous form of group think has overtaken progressive politics. Once progressives are afraid to challenge even the most powerful Democrats, it won't be long before both parties merge into one; altering our democracy forever. Fortunately, publications like The Huffington Post and Salon will publish articles that push the envelope, even if certain people want the envelope sealed shut.