A foolish woman is clamorous. She is simple and knoweth nothing." - Proverbs 9:13 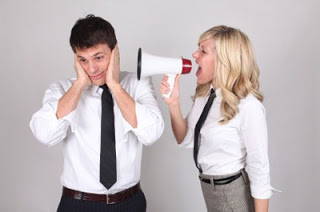 Rest assured readers, this is not some screed against women in comedy. Well, sort of. It is not about performers of comedy. I just finished a great series of shows at Helium Comedy Club in Philadelphia. I received a great response from the six crowds, sold more merchandise than any single week of my career and not one person out of roughly 1500 audience members offered me a suggestion on how I could improve a joke (they must have read some of my older, angrier posts). So what could I possibly have to complain about? Well a great week does not mean a perfect week and both at Helium and at a bar show I did Sunday night upon returning to NYC there were a few blemishes. For the last couple of years that has been a debate drummed into the ground about whether women are funny (or in all honesty, and more specifically, if women are as funny as men). Rather than divide the comedy community on a gender-related issue that has been exhausted, perhaps it is time to acknowledge gender in a comedy issue that comedians of both genders should be able to agree on: women are talking way too much sh*t at comedy clubs.

I do not know enough about the history of comedy club etiquette to know if mouthy women were always the norm in comedy club audiences, but I feel like in my decade in comedy I have seen a big rise in women sharing their opinions, sound effects and "making it about them" recently. Now I am in a unique position as a physically imposing comedian in that like a nuclear missile, my size mostly acts as a deterrent. I am no fighter, but I could still throw a few punches and smother most people to the ground with my Dunkin Donuts-fueled mass. Early in my career I only remember being heckled twice by men. One was at Medgar Evers College in Brooklyn, which was basically punk college kids having a goofy time at a lightly-attended free show. The other time was way back in 2004 at the DC Improv where some guy yelled as I got on stage, "That's a big bitch!" (my hair almost grazes the ceiling above the stage at the DC Improv). But since those early (and non material-related) heckles I have found that women in comedy club audiences have become almost the sole source of heckling, talking and commentary. Much like an Al Qaeda argument, I am not saying all women heckle. In fact, women made up a majority of all the shows at Helium this weekend and 99% of them were great audience members. But of the 8-10 moments of interruption during my 6 sets, 1 was a drunk man, 9 were women. And at the bar show I did in Brooklyn there was one heckler and she was a woman. Now Bill Burr has a great bit about women never having to be held accountable for mouthing off to men, the way men are who do the same. There may be some truth to that, but that discussion is for another day. For now, this post will just act to identify the different groups of female hecklers.

I have determined that there are different categories of female audience members that are waging war on the comedy club experience. You never know which one will show up or if it will be several at once, creating a Game of Thrones-like chaotic war of loud-mouthed women. But thankfully, this weekend, I got to briefly experience a little bit of each group of The Five Female Hecklers.

This is sort of a cliche in comedy clubs that these parties generally suck, but cliches ring true for a reason. This can actually be broadened to any large group of young women at a comedy club. There can be one member of the group who is loud and or drunk, or it can be the whole group, but sadly, no matter what the number, they always seem to rally around the people in the group being jerks. I witnessed this at Helium this weekend. I was sitting in the back watching Rachel Feinstein's set (the headliner) and a table of six women under 27 years old were talking nonstop. An employee of the club went over and asked them to please stop talking, or if they needed to talk to please go out to the bar area. Well, emblematic of their "I walk and text without looking around on busy streets assuming people will get out my way" generation they began mock laughing saying "we are allowed to laugh, right?" They then left a few minutes later and drew a penis on the back of their receipt. These women will be mothers one day, God willing.

I do not like to divide things on race, but this one is required. The black or latin female heckler has a different approach. For example when I shared with the crowd that my father is Haitian on Saturday's early show, one black woman sitting close enough for me to see and hear gave me a "uhhh hmmmm... sure sure" indicating her non-belief. Other comments that I have heard in my history from black and latin female audience members have been things like "He ain't right", "he ain't funny" and "he don't know me!" In other words, when it occurs, the heckles are usually loud and almost always passive aggressive as they are not stated directly to the comedian.

3) The Table of Cougars

This is a more recent phenomenon given all the empowerment society has bestowed recently on neglected women in their late forties. I was not actually personally bashed by the cougar crowd this weekend (though I witness them exhibiting some general sh*t talking), but every comedy show seems to now have a group of women - a mix of divorced, married and whorish - who roll into the club and are going to recapture their youth, no matter who is saying what with a microphone. What happened to some dignity later in life?

4) The Disapproving Woman with the Weak Husband/Date

This is the defining group of the women heckler phenomenon. From being a prosecutor in the Bronx to dating women in adulthood I have noticed that bad people tend to gravitate towards someone who tolerates and/or is comfortable with their flaws. This does not mean happy with, but means comfortable with, because it satiates some primal instinct or conditioning. Abusive men I observed in the South Bronx did not seek out or find themselves attracted to doctors and lawyers, unless their encounter resembled the beginning of the plot of a snuff film they saw. They found women who came from places where abuse was tolerated or normal, thus creating a hellish symbiosis of abuse. Well, much like the Real Husbands of the South Bronx, the Real Housewives of American Comedy Clubs have apparently found boyfriends and husbands that like to be yelled into submission as if they're dating Dirk Diggler's mother.

I once went on a date with a woman to see Dane Cook (2004 - Caroline's). She was late -- strike one; she gave me a look of disapproval when I laughed at a Dane Cook joke about vaginas -- strike two; and then she did not do anything after the date -- strike three -- game over. Fortunately, she did not vocalize her disapproval, but her look was enough to turn me off (that and her lack of consent after the show). But had she spoken out or yelled at Dane Cook I would have told her to be quiet, stop embarrassing us or leave. This may sound harsh, but it just means that I only want to date people who know how to conduct themselves in public and that I am not desperate enough to put up with inappropriate bullsh*t from a woman because she is the only one I can get. Now unfortunately, there is a class of men who date and marry loud, inappropriate and embarrassing women because they either can put up with it, or more likely, feel that they have to. And there is a couple like this at every show.

She is the woman yelling "That's not funny!" or "Men do it too!!" or some other stupid and unnecessary opinion about a joke. And almost always you will see a guy just happy to have a spot on her life roster sitting right next to her. Just sitting there quietly knowing that he is powerless to stop this monster. In short, she is the worst person in the comedy club.

Or as another example -- at the bar show in Brooklyn last night -- the loud woman was near the stage, intoxicated and with a large black boyfriend (second biggest dude in the bar after the miserable sloth on stage). She kept yapping and I just told her "I'll be done in a few minutes." Now, as tradition would have it, large black guys don't usually have a reputation for putting up with mouthy women, unless they are the voices inside of Tyler Perry's mind. But as I gave them a look of fatigued disappointment he said to me with a smile and what sounded like an African accent, "Hey man, you got to keep it real, right?" And then I realized this woman had found a third way to find a man who would allow her to be a moron in public: date a foreigner who does not yet know the custom. Downside - when her guy does learn the custom, he may circumcise her for being insolent.

This last one is almost not a heckler, but has found a way to become just enough of a distraction to be a loose cousin of the heckler. This is the chick that "woo"s way to much, because it is not about supporting the comedian, rather, it is about letting the comedian know that she is there. This is the same woman that when she thanks someone she goes "thank you soooooo much," just to somehow make the thank you about her as much as it is about the person being thanked. This person is usually drunk, sometimes attractive and always useless. They can often be the same person, or at the same table as the person who looks at their table and either repeats every tag (in 2006 or 2007 at a show at Gotham Comedy Club I heard a woman repeat every Pablo Francisco punchline for 35 minutes) or just keeps saying "that is so funny" while barely laughing. Instead of teaching classes on stand up comedy, maybe clubs should start teaching audience how to react (three appropriate responses to jokes -- claps, laughter or silence -- end of class).

But once again, women made up a majority of the people buying my merchandise and laughing at my jokes this week and I am very appreciative. But now it is time for that great majority to start cleaning house and letting these dummies know that they are doing wrong. Except for #4 -- that one will probably never learn. I am just keeping it real, right?