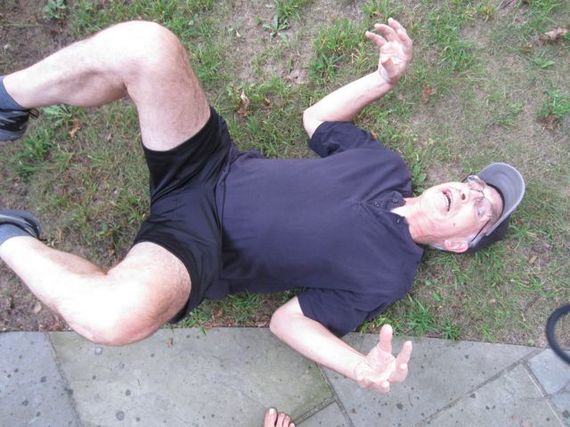 I could wrap this post up in one sentence--"Do not be boring!"--but I won't.

Because...only really well-known writers can drop the mic after just four words, and I am sometimes reminded of just how well-known I am not when people, trying to remember my last name, confuse me with toothpaste.

So here's the long version.

I was sharing a beer the other day with Jamey Heit, founder of Essay Assay and an entrepreneur colleague of mine--to be clear, not in the "one beer, two straws" sense. He with his beer and me with mine, the conversation drifted to the topic of building a network. I shared some of my ideas on what an entrepreneur's network should look like and offered some of the tactics I use to build my own.

"Any given month," I estimated, "I exchange words with close to six hundred people in my network, mostly by email but not, as you might assume, with massive email blasts and spammy nonsense. If I did that, I suppose, not only would I consider committing seppukum (made famous by Tom Cruise), but I bet most people would not want to hear from me. No one likes to receive spam, and it's important to realize that a recipient's definition of spam will always be harsher than the sender's. For this reason, I try to avoid sending impersonal emails of any kind, lest my litmus test prove too liberal and my network begin to unsubscribe."

Properly building up a quality network of intimate relationships is hard. Don't squander it by thinking you can use technology to outsmart the hard work that sincerity requires.

"But six hundred conversations a month is a ton! How the heck could you maintain close, intimate relationships with that many people at once (much less actually cultivate them)?"

I use a tool called Contactually. It's unique in that most "network management" tools function more like a CRM, for which the assumption is that your intention is to sell something to the people you're talking to, and other than my heart and soul, I'm not really trying to sell anything here. I just learned at an early age that a good network is more valuable than a paycheck. Contactually makes having these six hundred or so conversations extremely efficient. It keeps track of who I talk to and when and prompts me to resume a given conversation according to rules I set, rules like the maximum number of days I'm willing to let pass before I talk to someone again.

Add Value At Every Touch

The important thing, though, is not just to stay in touch. It's to add value at every touch, which is the hard part for which your brain has no substitute. I add value by reading up on the person Contactually tells me to talk to, reviewing where we last left our conversation, and thinking of a way I could add value to that person--maybe an intro, maybe an idea, maybe a question aimed at teasing out how I might help this person tomorrow.

Contactually lets you organize your network into different "buckets" so you can assign different rules for each.

Another way I like to add value, though, is to talk about something that no one else is talking about. Not your business. Not my business. Something about you. Something no one ever invites you to talk about. Jamey and I both studied philosophy, so for us, it's probably easier than most to strike up a deep, meaningful conversation over a beer, the type you would rarely encounter in a "networking situation." But you need not read Kant to ask interesting questions.

For example, here's one I used this past weekend, inspired by my entrepreneur colleague Elliott Hauser's thought-provoking piece on what success feels like: "what do you think it feels like to be rich?" It's a simple, almost childish question, but the dialogue it prompted was so deep, interesting, and refreshing, for its departure from the mundane small talk "business associates" usually exchange.

The easiest way to find an interesting conversation is to start one.

Speaking of interesting, Jamey's networking tip straight-up blew mine out of the water. "Keep a death calendar."

"We are great at recognizing positive anniversaries and milestones. A lot of people track birthdays of friends and family pretty closely. Celebrating is easy; reaching into the darker corners of our friends' and families' lives is much harder. Rather than send a card on someone's wedding anniversary, try sending one on the anniversary of a cancer diagnosis."

He went on to explain that the idea is based more on compassion than whatever shock-value it might also have. "People find other people's pain uncomfortable. When someone is truly torn-up--maybe because a pet or a sibling died--it's extremely uncomfortable to see it, much less offer your condolences in person."

I told him that I knew exactly the scene he was describing, because I had lived it just a week before when my dog died. "I woke up to the sound of my dog having a seizure and held her while she convulsed. Within minutes, she died. That was the first thing I did that morning--watch my dog die. The second thing I did was bury her. I know exactly what you mean. I recall how uncomfortable I was with even my own emotion."

Being the guy who runs toward fires as everyone else flees--that takes a degree of boldness and bravery that most people admire but do not have themselves. But being the guy who shows up when someone is absolutely devastated--that takes more resolve than most front-page heroics, and I'm not even sure Superman could pull it off.

Jamey gave me this tip a few weeks ago, and I've been waiting for a funeral. But I don't think I know anyone who's experienced a death since then. So I have not gotten a chance to test my mettle (and believe me, I have my doubts).

In any case, though, keeping a death calendar seems to be an insanely effective way to demonstrate your sincerity for building a network of intimate relationships. Hundreds RSVP to the party. Few RSVP to the tragedy. Which crowd would you guess is more sincere?

Incidentally, last Thursday, my other dog got eaten by a fox, and that's a whole other story. But if...

...then give it a shot. I'm not exactly walking on sunshine over here :(

Now, let's see how many people miss the point, ignore number 2, and use the "death calendar" tip as an icebreaker for meeting new people. Sigh...

Founder and CEO of Veeto.co