As the midterm elections edge ever closer, Democratic candidates and liberal pundits have stepped up efforts to characterize Tea Party candidates and their supporters as fanatics. Whether it is Bill Maher's Dog Day Afternoon-esque ultimatum to release a Christine O'Donnell video per week, Jon Stewart and Stephen Colbert's satire of Glenn Beck's "Rally to Restore Honor," or Keith Olbermann and Rachel Maddow's long-fought effort to paint Tea Party supporters as members of a dangerous lunatic fringe, it appears that Progressives lack the empathy to understand the frustration of Tea Party supporters and the imagination necessary to reframe the discourse in a way that could capture the passion of the Tea Party and channel it into constructive debates over policy, and perhaps even, support of a Progressive agenda. 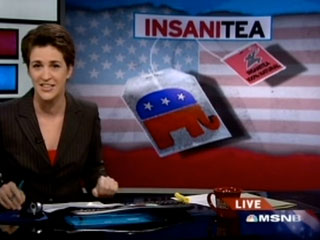 After stunning defeats in 2006 and 2008, the Republicans awakened to the realization that a vast segment of the American voting population had turned against them. Republicans understood that they would have to acknowledge their mistakes, embrace this anger, and find a way to channel it if they were to return to power. At the same time, Democrats did worse than ignore these Americans: They attacked them.

Missteps of the Left
Democrats basked in the euphoria of two stunning victories. Some pronounced that a generational shift had begun. Others, feeling invincible, began to attack the Americans who began to appear on street corners, at town halls, or in parking lots voicing concern over the nation's new direction. In a concert of scorn and derision, Progressive politicians, pundits, and bloggers busied themselves articulating reasons why the "Tea Baggers" -- a predominantly gray-haired, white, zealous, nativist demographic -- are not, and should not be part of their constituency. This shortsighted tactical blunder sealed the Democrats fate for the 2010 midterm elections.

Of course, the negative attitude of Progressives towards Tea Party supporters is not without precedent. After all, it was Barack Obama himself, as a candidate in April 2008, who said that "it's not surprising . . . that" Americans in states like Pennsylvania and Ohio "get bitter" and "cling to guns or religion or antipathy to people who aren't like them or anti-immigrant sentiment or anti-trade sentiment as a way to explain their frustrations." Obama's remarks, made in San Francisco to a crowd of wealthy liberals, is a legitimate theoretical framework with which to interpret voter cynicism towards government and the persistence of ethnic and cultural dissonance in America. However, it became the bellwether moment for those who would characterize Democrats as effete, out of touch, intellectuals. 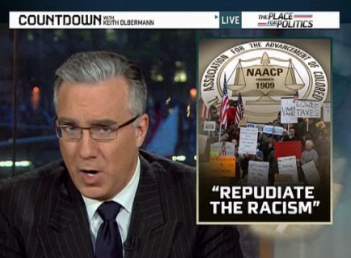 But more importantly, Obama's remarks hurt the feelings of millions of Americans whose beliefs are much more than blindly followed abstract precepts, as Obama's statement implies. He had kicked them while they were down rather than lifting them up as he promised. This made his rhetoric of "hope" and "change" ring hollow for millions of Americans. Obama's remarks inflicted deep wounds throughout the Midwest and in other areas of the country where the Tea Party movement has now gained strength. Worse still, Conservative commentators pour salt in this wound daily as they quote Progressives who continue to caricature and mock supporters of the Tea Party and Tea Party candidates. Far from poking fun at a "lunatic fringe," Progressives are insulting millions upon millions of hardworking, patriotic Americans whose votes could ensure continued pursuit of Progressive policies.

Could it be that the unending stream of negative portrayals designed to marginalize and alienate Tea Party supporters has amplified the narrative that the country has been taken over by a "regime" as Rush Limbaugh smugly grumbles? Such an explanation seems more plausible than simply dismissing a third of the population as ignorant racists or the unwitting stooges of Conservative media moguls.

However, with apparently little concern, the American Left has chosen to dismiss this third of the population for the first two years of the Obama presidency. A third of the population whose passion and energy could ignite the type of change the Left has longed for since the 1970s. So while the Left has dedicated their time and energy to mocking these Americans, Republicans have worked tirelessly to find the right vocabulary and imagery with which to harness this key collective.