A historic step on the road to freedom for West Papua took place in London last week. At a meeting of the International Parliamentarians for West Papua in the Houses of Parliament, a new declaration was signed calling for an internationally supervised vote on the independence of West Papua. 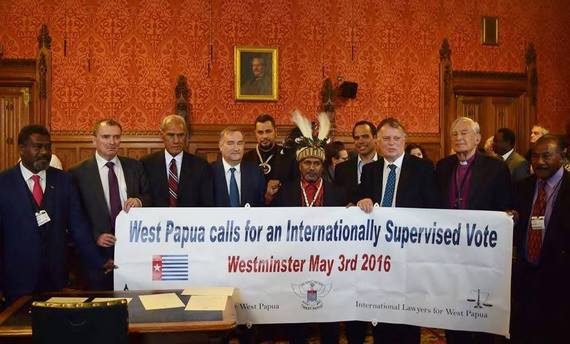 Delegates came from around the world to attend this historic meeting on West Papua's future. The meeting was briefed by parliamentarians, lawyers and academics, all of whom discussed and affirmed the West Papuan people's fundamental right to self-determination.

Amongst those in attendance was the UK Opposition Leader, Jeremy Corbyn, a founding member of International Parliamentarians for West Papua. Adding his support to calls for an internationally supervised vote on independence, he also noted the recommendation calling for a visit by to West Papua by the UN special rapporteur, the reinstatement of NGOs in the region and questioning of international companies working in West Papua.

Since their occupation of West Papua in the 1960s, the Indonesian military has made West Papua a land of ongoing military operations. It is estimated that over 500,000 West Papuan people have been killed in the genocide that Indonesia is committing in West Papua, and the killing and torture continues with reports of human rights abuses coming out on an almost daily basis.

One of the most shocking massacres occurred less than 18 months ago, when a group of West Papuan school children were massacred by the Indonesian military. 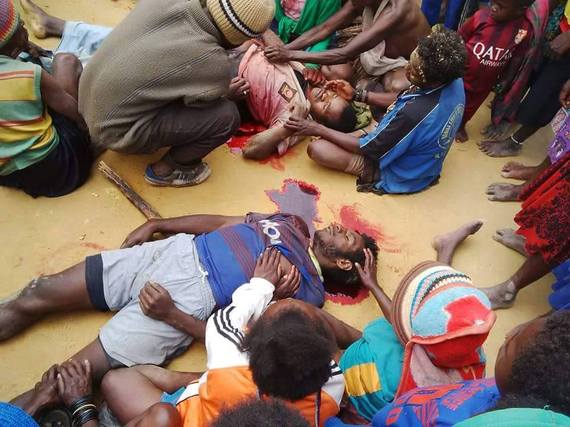 Known as the Paniai Massacre, it drew widespread condemnation from the international community and human rights groups. However, to date not one single Indonesian solider has been brought to justice for this heinous crime against humanity. In fact, the Indonesian Government have forced all foreign NGOs to leave West Papua. One can only conclude that this is an attempt to try and stop news of further killings being investigated.

The Chairperson of the Law Enforcement and Human Rights Advocacy in West Papua, himself stated recently that such military operations are evidence that the Indonesian government is not able to resolve the issues in West Papua. Calling for a political approach rather than simply a military or developmental approach, he said that operations like this will "result in more human rights violations" and would "add to the bad image of Indonesia in the eyes of the world."

But amidst all the suffering, there is also hope. Just days after the landmark Westminster meeting on West Papuan self-determination, there was more historic support for the people of West Papua as yesterday the Solomon Islands Prime Minister Hon. Manasseh Sogavare announced that he had met with Vanuatu Prime Minister Hon. Charlot Salwai and that together they had reaffirmed their backing for The United Liberation Movement for West Papua - ULMWP. 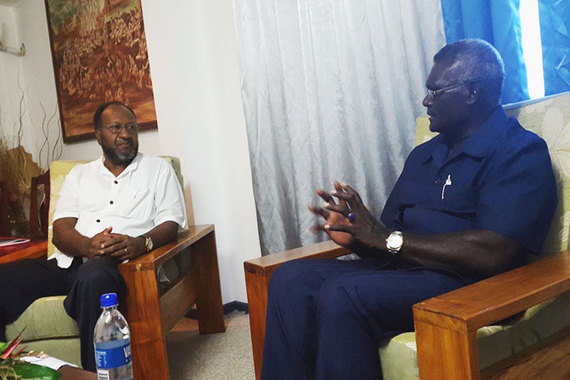 On the issue of urgent UN intervention in West Papua, Prime Minister Sogavare said the Indonesian President's apparent rejection of the resolution reached by the Pacific Islands Forum leaders in Port Moresby in 2015 for the deployment of a fact-finding mission in West Papua as well as the Indonesian President's refusal to meet with him in his capacity as the MSG Chair to explain the position of the MSG on the issue of West Papua are very strong grounds warranting the MSG to take the matter to the United Nations. He said Indonesia was granted Associate membership of the MSG to allow for dialogue between Jakarta and the MSG Leaders on the issue of West Papua, and the Indonesian President's refusal of his request to meet with him regarding MSG's position on West Papua is a clear indication that it has another reason for joining the MSG.

Such true Melanesian solidarity is unbreakable and the people of West Papua are filled with hope and gratitude at the strong, unwavering support that is increasingly being shown to them and their cause from right across Melanesia. We would like to convey our deepest thanks once again to Hon. Manasseh Sogavare, Prime Minister of the Solomon Islands and Hon. Charlot Salwai, Prime Minister of Vanuatu for their consistent solidarity and compassion for the people of West Papua and the struggle for self-determination. 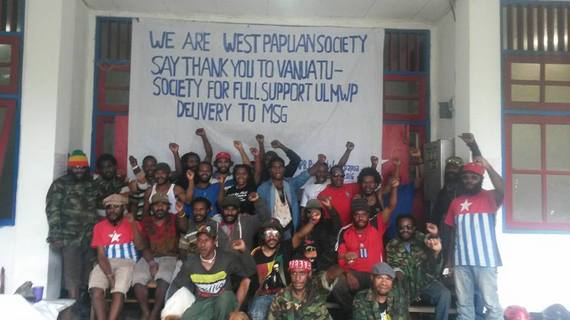 For over 50 years the people of West Papua have been forced to suffer in silence, but our voice is finally being heard and justice is within sight. We are gaining support from all corners of the globe and we know that the power of truth and justice is on our side. We will be free people again. Nothing and no one can stop this movement. 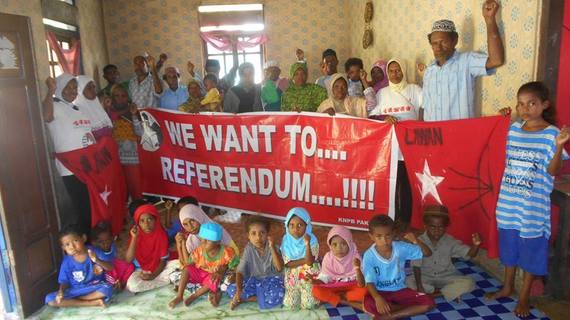