Six or seven years ago, a very dear friend of mine went through a particularly dark depression. I didn't know what to do or how to help. So I wrote her a book with pictures about my experiences with depression and gave it to her as a gift. The thing was, that when I looked at my own self and my own depression, it was funny. It was very sad, but it was also very funny. I went through the symptoms and the causes and the experiences that were bona fide characteristics of not just my depression, but also that of people I had known my whole life. I didn't want to write a public service announcement, so I chose to do a graphic novel using my own scratchy (but sincere) drawings. I gave the book to my friend and she loved it. Later, when she was doing better, she suggested that I try to get it published.

I submitted it to some publishers and was lucky enough to have Hyperion Books offer to publish it. They helped guide me to make the smooth, but rough-edged accounting of the journey that is depression. Not just my experience, but the experience of others as well. The book was well received and people felt that it represented the experience of depression for them too. And then we thought if this was as universal as it seemed, perhaps we should do a short film based on the book. 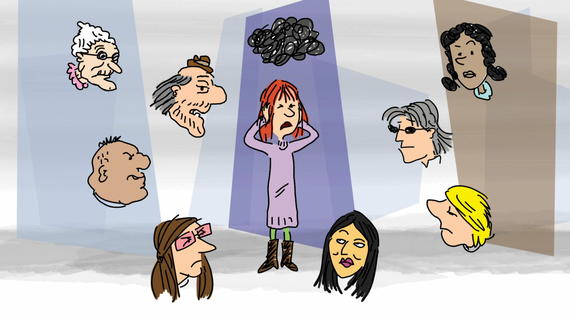 So we reached out to Sigourney Weaver. She works with The Flea Theater where I have done several of my shows, so I connected with her through The Flea and asked if she would be involved. She said yes, and she became my voice. Then, we needed to find the right animators. After some searching, we found David Wachtenheim and Robert Marianetti, who had been doing a series for Saturday Night Live for several years and had the right humor without being tasteless or sentimental. I went about raising money and getting backing. We were lucky enough to get Dan Fogler, Fred Armisen and Steve Buscemi (who voices the demonic soul of suicide) and we also got a great singer (Rachel Stern) to sing three songs that we wrote for the film. We put in lots of music and we tried as hard as we could to capture the journey of depression without leaving out the really difficult things. I wanted to make sure that all aspects of depression and what it does to a person were included.

It takes us through a journey from the beginning of a depression, through the darkest symptoms and searching a person can do to try to find a cure, to discovering small bits of light, be them from anything - chocolate, yoga, therapy, medications... We didn't come to any brilliant conclusions; we just went by our instincts and experiences. We have been showing it to various audiences and have found that many people identify with it, which is a true pleasure because I wouldn't want to represent something so sensitive in a wrong way. I've received emails and all kinds of communications from people telling me that they feel simpatico with me, and that's the best: to give someone an identity and a way to be not alone in a very empty, difficult time of life. I think the most important part of the film is the humor. Depression may not be funny to live through, but if you look at it in a certain way, if you look at yourself and others as creatures under some silly dark spell, it can help lift the weight. 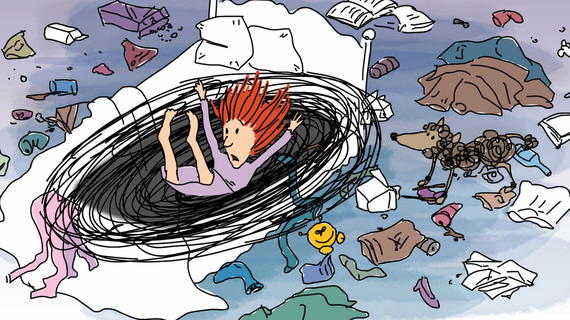 In the meantime, the movie premiers on HBO on Monday, July 13th at 9pm and will be available on all of HBO's various platforms after that. It is mind-blowing to think about all of those people watching what David and Robert and I put together. We also had these great people -- Roz Lichter, Sheila Nevins, and Sara Bernstein -- who are producers and backed the project all along the way. I am so grateful to them and grateful that it worked out so that everyone is pleased...especially since it can be so hard to be pleased in a depression. With this film, there's no authority, there's no final voice, but there is hope and many ways to come at hope. That is what I wanted to get across and I hope I did just that.