According to a recent study by Oxford Research reported in the MIT Technology Review, we are witnessing "Tectonic Shifts in Employment (where) information technology is reducing the need for certain jobs faster than new ones are being created." 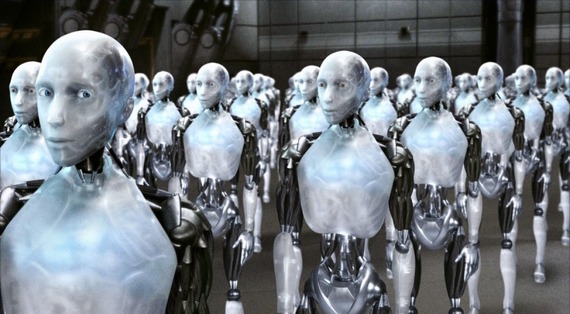 Citing a similar study by Erik Brynjolfsson, director of the Center for Digital Business at MIT's Sloan School of Management and Andrew McAfee, its principal research scientist, "nearly half of all jobs are vulnerable to machines--to applications using information technology."

Brynjolfsson, says the trends are "troubling... And they are global; some of the jobs that IT threatens, for example, are at electronics factories in China and transcription services in India.

Jeremy Rifkin author of The End of the Job who writes on information technology and the end of wage labor, is equally pessimistic:

"There will never be enough jobs in the knowledge sector of America or any country to accommodate the millions and millions of people let go in the traditional industrial sectors, blue- and white-collar manufacturing and service."

These forecasts are troubling to say the least. Maybe like the Luddites we need to smash those robots that now exist and slow down the research designed to bring more to the market. Or maybe not.

"Optimists point out that such technological upheaval has benefited workers in the past. The Industrial Revolution didn't go so well for the Luddites whose jobs were displaced by mechanized looms, but it eventually raised living standards and created far more jobs than it destroyed. Likewise, increased automation today should boost productivity, stimulate demand by driving down prices, and free many workers from drudgery to focus on more creative pursuits." 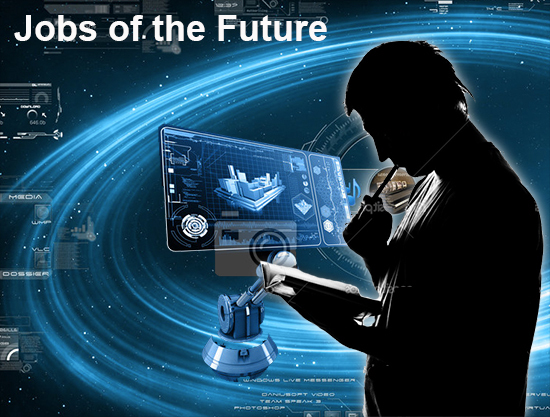 It's still too early to say with any precision but we know the shift, as it occurs, will eliminate some jobs as it creates others. We also know that the "Internet of Everything" (IoE), where everything is connected to everything else and through the Internet cities will be able to offer services unheard of today. Installing and using such tools will require skills not now readily available.

For example, as Daphne Koller, President and co-founder of the online University, Coursea, points out, Data Analysts or Data Scientists as they are often called, are a brand new source of jobs brought about by the flood of users on Facebook, twitter, email, and other sites gathering consumer habits. According to the Wall Street Journal, "While a six-figure starting salary might be common for someone coming straight out of a doctoral program, data scientists with just two years' experience can earn between $200,000 and $300,000 a year, according to recruiters."

Vinton Cerf, often called "the Father of the Internet" put it this way:

"What should be fairly obvious, on reflection, is that new jobs created by innovation often require new skills and some displaced workers may not be able to learn them. Even when there is a net increase in jobs resulting from innovation (think of the invention of the integrated circuit, the World Wide Web, YouTube), not everyone displaced will find new work unless or until they are able to learn new skills or apply new knowledge."

This fall, the National Science Foundation (NSF) completed a two-year study on what it takes to be 'innovative' as an individual. A complete summary of results will be released later this year, but among the 20 qualities identified, Forbes Magazine found that five are crucial to spanning the entire spectrum of the innovation process itself:

2 Collaborator - Brings together people with a diversity of knowledge to solve complex problems. Actively integrates knowledge or strategies of others though they may differ from their own.

4 Knowledgeable - Possesses expertise that is both broad and deep. Is skilled in independent learning.

5 Persistent - Continues to do something although it is hard, and other people want your actions to stop. Continues beyond the usual or expected effort.

Maybe the U.S. Department of Labor had it right in 2008 when they issued an intensive report predicting that people will "have 10 to 14 jobs by age 38." Former Education Secretary Richard Riley at the time, said that "the top 10 jobs that will be in demand (don't yet exist) and they will be using technologies that haven't been invented. In order to solve problems we don't even know are problems yet."

It's now 2015. Is the prediction that the new jobs will materialize as fast as the old ones disappear? Are our young people, our cities, our schools prepared? Yes some of the new jobs have been emerging but not fast enough as old jobs are mechanized or eliminated. This is of course, is why this issue is so vitally critical.

Corporations--whatever they're selling--need to know who their potential customers are. Governments are using big data too, and need to "mine" the data and analyze it to provide more efficient public services. As cities start filling the IoT jobs, they must join with business, the universities, high schools and training centers to fill the nation's demand for a workforce with the right skills.

We don't know enough about the new jobs and particularly, how to train our young people for this uncertain future. We need to pick up the pace or assuredly, the rise in unemployment will be catastrophic.