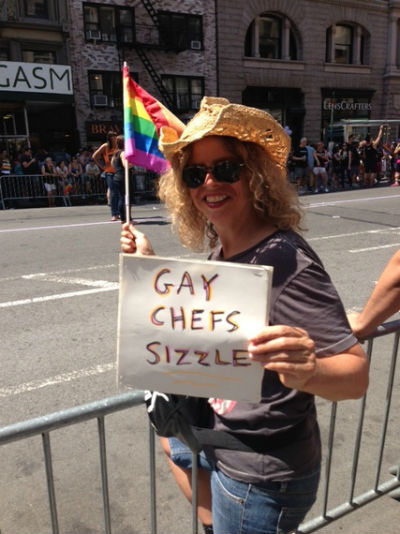 I was the queen of the TOMBOYS.

I remember rough housing on the school play ground in the 1st and 2nd grade with the boys, playing in the dirt with TONKA trucks, trading horror comic books for models of GODZILLA.

At the grand old age of seven, I was having a blast.

I would join up with my best friend Ronny, a perpetually filthy red-haired little boy who loved war games in the dirt. We would set up our plastic army figurines or our cowboys and Indians (I was always the Indians) and go to war in the back alley.

My second grade teacher, Mrs. H. (oldest and meanest teacher in my Bradley Beach, New Jersey, grammar school) didn't like the fact that I had all male friends, dressed like a boy, wore my hair short like a boy and acted like what she felt a boy should act like. After I got into a fight on the school grounds (I WON) with a boy, Mrs. H. told my parents to send me for a psychological evaluation for "gender confusion."

For 8 weeks, every Wednesday after school, I was taken to Miss O.

Miss O. was a tall, pretty woman in her early 30s. She was the first adult I'd ever met who truly wanted to know what I was thinking and how I was feeling. She looked into my eyes when we spoke. She asked me about my dreams!

I was in love.

After 8 weeks, my mother said that Miss O.'s evaluation of me was, "There is nothing wrong with your daughter. She is just overly creative and a little eccentric. Let her be."

Except that I didn't.

That year, my brother, sister and I were sent to a private yeshiva filled with rich kids who all spoke Hebrew and had known each other since they were in nursery school. We were brightly colored Legos in a jigsaw puzzle box.

I was told that not only did I have to wear a dress to school every day, but one that covered my knees. My mother sent me off in a maxi skirt that hovered below my ankles. The first time I tried to play kick ball with the boys, I fell flat on my face.

My Indian warrior was dead. I was banished to the tee pee.

When I was ten, my parents moved to Rumson, New Jersey, a very posh little town.

After a ceremony that entailed tearing my old maxi skirt to shreds, I tried to go back to my Queen of the Tomboys ways, but I had lost my mojo. Plus being the new kid in school when your parents drive a Volaré and everyone else's drives a Cadillac was not so easy.

But the year I turned 12 something happened.

Every Wednesday night, "The Bionic Woman" would come on television. There was nothing, nothing that could keep me away from that show. I would forgo ice cream, movies, and bribery. Lindsay was tall and pretty like Miss O., but powerful. She could jump over a building, beat up the biggest, nastiest guys. She was my hero.

Once again, I was in love.

By the time I got to high school, I had abandoned all pretense of fitting in, and for the first time since I played in the dirt with Ronny, the Queen of the Tomboys was back, only this time, I had discovered the power of being sexy.

I wore jeans cut off just below the butt with California hiking boots, cut-up Blondie T-shirts, a coke spoon dangling from a strand of leather around my neck. I screamed the lyrics to the Sex Pistols "God Save the Queen" as I marched down the hallways of Rumson Fairhaven High School.

So yeah, I got in trouble a lot, my grades suffered, and my conservative parents didn't know what to do with the wild child under their roof. They didn't know that after years of suppression, I was exploding out of my cocoon. As Joan would sing, "Don't give a damn about my bad reputation!"

My folks tolerated the cigarettes and the apricot brandy, but after my best gal pal's mother called to tell my mom, "Your daughter is trying to turn mine into a lesbian!" Mom hit the roof.

It was bearable to have a juvenile delinquent under your roof, but a gay one?!

I took a tip from The Runaways and ran away, but after a particularly loud party I threw landed me in the Long Branch, New Jersey, police station, my parents shipped me off to a Chasidic rabbi in Crown Heights Brooklyn who specialized in turning wayward Jewish girls religious.

Once again I was forced to wear skirts below the knees, shirts below the elbows and above the collarbone. I was told not to sing in front of men, lest the sensual sound of my voice might distract them from being holy.

I was also told not to touch a man, not even a handshake, until I was married. That wasn't a problem. I didn't want to touch a man. I wanted to touch Grace Jones.

I could have run away again, of course, but I was 16, broke, in New York City in 1981 and didn't want to wind up being a hooker or a dead body, so I bided my time. I wore the dreaded maxi skirts with my jeans underneath. I wore long-sleeved shirts in the summer with a Rolling Stones T-shirt over them.

I was fighting to keep my power.

The rabbi wanted me to get religious, get married and have 6 to 12 kids. The moment I was able to move out of his house and into my own apartment, I proceeded to get myself a girlfriend instead.

New York City in the early '80s was not a safe place.

Unless you were on Christopher Street, walking down the street holding your girlfriend's hand might get you stoned, and not in a fun way.

I would linger on Christopher Street into the late hours, long after the parade was over and the crowds had dissipated to soak in every last bit of pride that thousands of people had left like breadcrumbs from the day's festivities.

I was there, sunburnt, sweaty, exhausted, filthy and smiling ear to ear, once again digging in the dirt with Ronny, the Queen of the Tomboys.

Long may she reign! 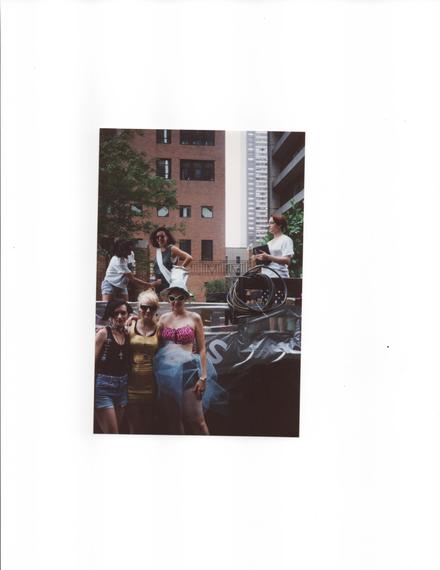