On September 17, 2011 a group of protestors gathered in Zuccotti Park in New York to protest the growing influence of corporations and the financial services sector. The Occupy Wall Street movement still evades our language today with cries of "we are the 99%" having been damped, but not extinguished. However, it could appear that after the dust had settled nothing much had changed, especially with Wall Street having just recorded its second highest quarter of profit for the banking sector in the last 23 years.

This week in Boston, MA there is an annual gathering of the Financial Services Elite, some 7,000 in total attending what is arguable the world's largest financial services conference called SIBOS. This year Bill Gates is the closing Keynote speaker talking about how mobile is changing the rules of Financial Inclusion for some of the poorest nations. The list of other speakers and attendees looks like a who's who of banking with the typical job titles of attendees consisting of terms like "CEO", "Head of Retail Banking - Americas", "Senior Vice President", "Global Head - Transaction Services", etc. However, within this conference is an entirely other sub-conference going on, and it's something that the Occupy movement might have even endorsed. 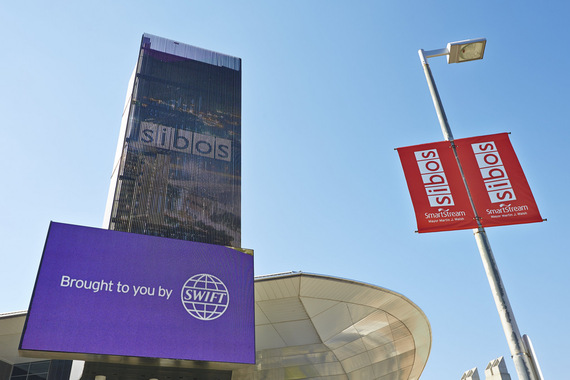 An experiment called Innotribe launched in 2009 by the then CEO of SWIFT Lazaros Campos started humbly with just a couple of hundred attendees, but has grown into the single largest sub-group of the SIBOS event with 2,000-2,500 attendees expected this year. Included in this group are representatives from close to 300 startups, Bitcoin Foundation board members and enthusiasts, Venture Capitalists, FinTech bloggers, Social Media mavens, and Technologists. The agenda for this sub-conference includes topics like "The Rise of Crypto-Currencies", "End of Hierarchies", "Bank of Facebook", "Innovation Ecosystem", and "The Network Always Wins".

Peter Vander Auwera, the Architect of Innotribe said that this year the group at Innotribe is trying to have more influence on the mainstream banking set at the rest of the conference.

"We're trying to build bridges between startups, VCs, technologists and Bankers this year. The innovation horsepower present at Innotribe and our ability to positively disrupt or influence financial services is something that the more traditional players need to start taking seriously, but perhaps even more importantly -- need to start taking advantage of," said Vander Auwera.

Leading the "Future of Money" kick off session is Uday Goyal, a Founder and Managing Partner of one of the world's biggest dedicated Financial Technology Venture Capital firms Anthemis Group. Anthemis itself has around a dozen portfolio companies/startups represented at Innotribe this year. Goyal commented

"When you are talking about disruptive Banking startups, it's not like when you're building a Facebook, Uber or Instagram. As Bitcoin businesses have found out in the last couple of years you need to interface with the old regulated system and infrastructure, and you can't be completely independent. What I like about Innotribe is that we have a network of thousands of highly motivated consumer advocates and technologists trying their best to rebuild banking from the inside out."

If you're interested in seeing some of the innovations taking place Innotribe will be live streaming the event from SIBOS Boston here.