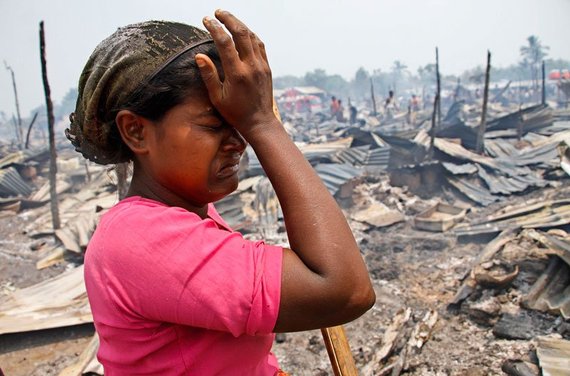 I have written numerous newspaper pieces on the fate of the Rohingya in recent years, and even published a book on this, "the most oppressed people in the world", this summer. Yet for all they have endured for the last decades, and especially in the last few years, the scariest part of their lives is not that as many as half of them have been displaced from Myanmar, the country of their birth, and many of the rest are now in internally displaced people's camps inside the country, in appalling conditions. The scariest part, rather, is what might happen next.

With these people so widely reviled by the Buddhist nationalists in their home state of Rakhine/Arakan and throughout the Union of Myanmar, and with them currently being in such precarious conditions, they are teetering on the edge of outright genocide. They have been ever since the outbursts of communal violence in 2012 and 2013 which have caused to largest amount of damage to their communities and triggered the regional South East Asian Migration Crisis last year. And ever since, we have been dreading what might happen if some random event triggers a new wave of violence from their Rakhine neighbours, or indeed, from the police and security agencies of the state.

Such a trigger may have just been pulled. Nine police officers were killed and several others injured in attacks on border guard posts near the border with Bangladesh on Sunday, 9 October. And the Rohingya were collectively declared guilty of the attacks, despite there being no evidence that the attackers were, in fact Rohingya. Nevermind which individuals, Rohingya or otherwise, might have been the actual perpetrators. The collective punishment heaped on the Rohingya by state institutions such as the police and army was swift. Twenty-four innocent Rohingya were killed just on Monday, and the numbers seem to be escalating as we speak.

What is worse, though these extra-judicial killings have been carried out by local state agencies, the federal forces of the government of Nobel Peace Prize laureate Aung San Suu Kyi are not intervening to stop them and re-establish the rule of law. And if the Rohingya finally give up hope that anyone else might stand up to defend them, they may well end up taking their defence in their own hands. At which point, this can only escalate into an orgy of violence at least as bad as 2012, and perhaps even the outbreak of all-out inter-communal fighting. Not that the Rohingya have the resources to fight such a fight - they will be slaughtered en masse. 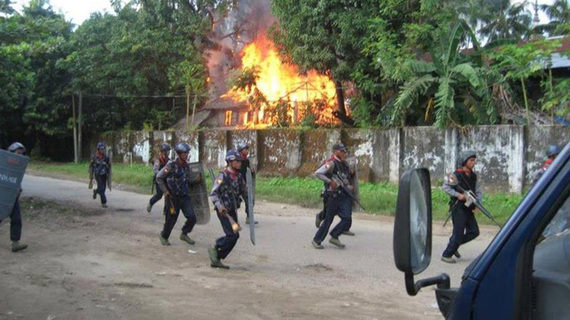 Ever since Aung San Suu Kyi came to power late last year, there has been at least some hope that the country can start making some progress on the situation of the Rohingya. Indeed, her government has been successfully pressured by the international community to establish a Commission for this purpose headed by former UN Secretary General, Kofi Annan. Just in the last couple of months I have written with cautious optimism that things finally looked like they might be moving in the right direction. But now the situation has changed completely - we now look to back on the precipice, and the trigger may have just been pulled.

There is no time to lose! We cannot afford to dither. Our leaders must force the federal government of Myanmar to intervene and re-establish order now! Before we have another Rwanda on our hands. And we must make direct contact with our elected representatives to make them aware of the situation and urge them to action. Aung San Suu Kyi must be stirred into action, and if she is not willing, or able, to intervene swiftly, then it is time to deploy UN peacekeepers with or without her consent. If we do not, this will not be just on her. This will be on us too!

Dr Azeem Ibrahim is a Senior Fellow at the Center for Global Policy and author of "The Rohingyas: Inside Myanmar's Hidden Genocide" (Hurst Publishers & Oxford University Press).