My lover flew us in his private plane to Las Vegas. A limo delivered us to whichever casino was comping our current trip: the Riviera, the Flamingo, the Stardust or the Sands. The Strip beckoned with dazzling light in the desert night. It was difficult for me to keep from hanging my head out the window like a dog, so I mimicked the sophisticated composure of '40s movie stars -- Bacall, Hayward, Crawford, Stanwyck -- I'd watched on late night TV in New Mexico. I was 19, a sophomore in college. Garry was 20 years my senior.

We'd usually head right for our room, bathe and make love. Dinner followed and then a late show. Rat Pack? Of course. Add Elvis, Tom Jones and Charo to the list. Back at school, the Love-Lust poem was the latest subject of protest marches. The entire English department went on strike and you couldn't walk across campus without hearing Lenore Kandel's ode to a particular part of her husband's anatomy. Garry did his level best to make me fall in love with his. It was 1969; no pun intended. 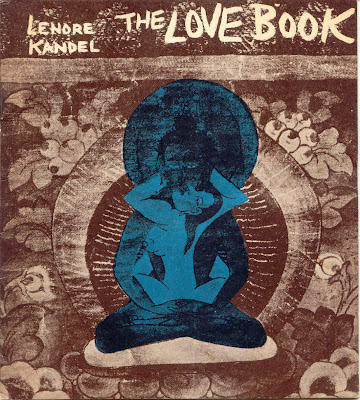 He liked blackjack, but he'd also roll the dice. I stood behind him dressed in my latest cocktail dress and heels, bought on sale with money earned from working the front desk at my dorm. It was worth the sacrifice of a few meals to feel so glamorous, beautiful and desirable. Every showgirl and cocktail waitress was gorgeous. I never heard any slot machines, although I'm sure they existed.

Fast-forward 12 years and my new husband wanted to honeymoon in Vegas. Anything with showgirls interested him. Comedians were okay. This time around, I noticed gray-haired old ladies sitting at the slots with their oxygen machines next to them. We met Joan Rivers after her show. In typical Rivers' style, she told me that I was completely "different from what I imagined Gerald's wife would be." Hmm.

In the '90s, my Las Vegas experience was the polar opposite of my youthful adventures. I had my sons with me, aged 11 and 7. We stopped in Vegas for one night going to and returning from Lake Powell in Utah. It was on this trip that I noticed people with families, even pushing strollers, and how casual the dress code had become. We stayed at the Luxor and did everything you could do for free in Vegas: visit the White Tigers on display at the Mirage, watch the Pirates of the Caribbean enactment at Treasure Island, and marvel at the acrobats performing above us as we walked through the Circus Circus casino. 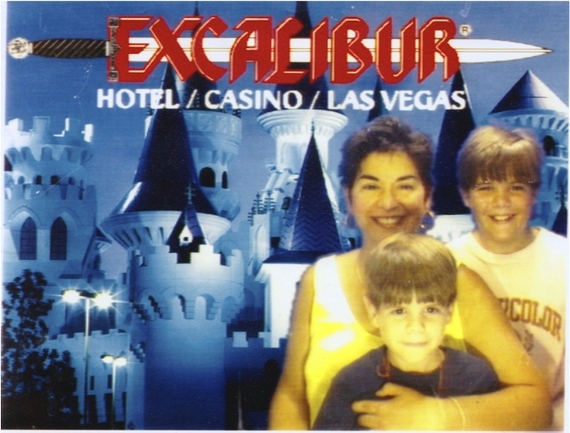 At Circus Circus my sons asked me to drop a quarter into a slot machine. We played until an officious woman came up and told me to stop. Children could pass through the casino with parents, but not actually gamble. Thereafter, asking me to play a slot became my boys' most fervent desire. I complied. Someone always asked us to please stop, which I did because I'm a role model, right? My sons thought Vegas was wonderful and wanted to move there. They had also wanted to move near the truck stop in Barstow where there were video games and five junk food places in a row.

Altogether, I count at least 15 trips to Las Vegas in my lifetime, most of which I don't remember. That's either a sign of a rollicking vacation or that I've repressed the memories. My husband and I usually take a long weekend for our anniversary. He had business in Vegas so off we went to celebrate 33 years together.

It's not easy trying to avoid humanity in a crowded and noisy Las Vegas casino. Slot machines flashed and beckoned with discordant sounds meant to sound fun. People laughed and moaned around card tables. There was no flow, no symmetry to the human movement. An odd lurch, a mismatched gait caught my eye: a cocktail waitress carrying a tray of drinks moved past me. She wore the sleeveless low-cut top and short skirt mandated by the casino. The flesh on her arms was wrinkled as well as on her chest. There were fishnet stockings, but mercifully her feet were encased in orthopedic shoes your grandma would wear. Didn't help with her limp. Thin and haggard, her dowager's hump emphasized by a stoop, she returned my amused stare. Her eyes were dark and angry. Every line on her sagging face expressed hateful defiance. One in four Vegas cocktail waitresses has worked at her job for 15 years or more.

Notes: At the casino buffet I watch a couple with a child across the room. The adults don't speak, but bow their heads over iPhones. The kid has some sort of device, too. Not unique to Vegas, happens everywhere in the U.S. The father goes to get food. The mother stares off into space, looking pissed. Her eyes sweep the room and find mine. I smile. Her scowl deepens and we have a stare-off. She dismisses me with a flick of her shoulders and lovingly gazes at her iPhone, giving it the smile I wanted.

They leave and are soon replaced by another couple, ex-hippie rock star types. The male is tall and severely overweight in a huge shouldered way. He bends over his food, a leather headband holding back his long silver hair. The woman with him has softly coiffed blond hair. They don't speak, either. Her eyes are abandoned pools of hopelessness. Life clearly didn't turn out the way she expected. Settled in, selling out, settling for less.

My husband suggests I try the shrimp. A tattooed couple is making out in front of the seafood. Both of them are muscular, the woman buxom with a leather halter-top and hip-hugger pants. They move down to the salad bar and start again. By make out I don't mean just a sloppy kiss, but full on wrap one leg around the guy and then the other so that he has to hold her by cupping her butt. This last is in front of the dessert section. I take my time picking the perfect slice of pie.

Back at the table, I describe the couple and my husband gets up to check them out. We share similar interests. Later, we stroll the strip which is a festive place filled with a diverse mix of people, all looking for the right ingredients for fun, the kind movies and ads promise. My view of Las Vegas is no longer rose-colored and romantic, nor do I see it as a child would, all madcap rides and sparkly lights. I see the people in extremity, wild and ruthless in their pursuit of joy, their lives ahead of them. For others, each action is endlessly repetitious; they've overdrawn on their joy accounts. Their lives are over. They just don't know it.