Behind the Duchess of Cambridge's demure dresses and artfully arranged headwear lies ... well, who's to say? Though the media's interest in the royal couple has waned since their lavish wedding, they're still perpetually in the spotlight -- a less-than-humanizing place to call home. And while discovering Will and Kate's latest sartorial preferences involves nothing more a simple Google search, guessing at whether the couple is truly happy with their roles, and their romance, is another story.

That story -- that of the royal couples' personal lives -- has been explored almost to exhaustion by fan fiction writers. But Heather Cocks and Jessica Morgan, the bloggers behind the snarky celeb fashion site Go Fug Yourself, set out to pen a more elaborate and relatable version. Their co-authored novel, The Royal We, centers on Bex, a blasé (if bumbling) American studying at Oxford, and Nick, a prince-in-waiting for whom she happens to fall. The story opens on Bex and Nick's wedding night, but devotes little attention to her billowing gown, focusing instead on their rocky relationship, which bears little resemblance to the way it's discussed in books and newspapers.

"We wanted Bex to feel real," Morgan told The Huffington Post. And while the authors aren't necessarily the most objective observers of royal culture -- they unapologetically praise Kate's "impressive" public persona on their blog -- they succeed in making some of the most-watched celebrities feel like complex individuals. Below, the pair discusses their book, the narratives we form around celebrities, and the problem with fairy tale endings:

On the allure of Kate Middleton:

Cocks: She’s handled everything with a lot of dignity, especially during the “waity Katie” years, when the British press was making fun of her for hanging in there, hoping to get a ring. She’s very composed and impressive under the heat from that spotlight. We were really happy that she got, hopefully, the happy ending that she wanted. Then we thought, well, we hope it’s the happy ending she wants. What a difficult life this must be -- the things you have to give up, the relationships in your life that must change, possibly catastrophically. She can’t take Prince George to a mommy group. She can’t really take him on a walk through the park, they can’t just go to the beach and get a hot dog and run around. Their life is a lot more sheltered than a normal person’s, so you start to wonder, are the trade-offs worth it? Hopefully they really love each other, and that’s what makes it worth it.

On the problem with fairy tale endings:

Morgan: Fairy tales generally end when the prince kisses the girl, and you don’t always see what happens afterwards.

Cocks: Right. The more modern version is to peel back a layer or two or three or four and expose the underbelly of something. That’s where the modernity comes in. Or it’s that the heroines have more agency than they might’ve in the original stories. Which is interesting because they keep remaking "Cinderella," and that’s something I was reading around the time the movie came out. Well, you know, it is still "Cinderella." She is what she is. The modern spin gives the female protagonist the backbone to say, “maybe you’re not prince charming. How do you feel about that?”

On the importance of female friendships in fiction:

Cocks: I think in our lives and in so many people’s lives they are just as big a love story as an intimate romance. Your friends see every side of you. In this book there’s Bex and [her twin sister] Lacey, and they’re there for each other as siblings and as best friends. [...] Jessica is not necessarily my Lacey, but she's my best friend and business partner, she’s unofficially family. So that relationship has always been incredibly important to my life. It’s nice to pay tribute to how important these relationships are to you, and maybe the way to do that is to show one that’s going off the rails, because you often don’t realize how major something is until it’s gone.

Morgan: Yeah. This is perhaps a dated reference, but one of the things I’ve always liked about "Sex and the City" -- the series, not the movies -- is that it really treated people’s friendships as seriously as it treated their romantic relationships. In many ways Carrie and Miranda were more of a love story than a lot of the “proper” love stories. I’d say the same thing about the heyday of "Grey’s Anatomy" -- the real relationship of that show is between Meredith and Christina.

On the pleasures -- and difficulties -- of co-writing:

Morgan: For us it doesn’t feel strange or difficult, but people often have a lot of questions about the logistics. It’s just really important for Heather and I to know what the other person is doing. We can’t go off in our separate corners and come together and be like, "Oh, I killed this person off!" So we do a really detailed outline before we start, and basically just trade off. One person will write a big chunk until she taps out, and then hand it off to the other, who will then edit that chunk and write the next chunk.

Cocks: Right. I think there’s this perception that it’s two people so you did half the work. That may be true of some books, but I doubt it. If any novel is going to achieve any kind of cohesion, you both have to be involved.

On the narratives we form around celebrities, and treating fashion as a serious topic:

Morgan: A lot of what we did on our site before we started writing books is one of the reasons we decided to move into fiction. I think we have a tendency to look at people we don’t know -- in our case, celebrities -- and affix to them a fictional inner life because we think it’s interesting.

Cocks: I think it’s always more interesting to imagine somebody as more than they appear. Maybe it’s because we live in LA, or maybe it’s because Twitter and the tabloid culture is raging. But it feels like, when you’re looking at somebody, you’re not just looking at a dress on the red carpet, you’re looking at what someone’s trying to say. There’s a storyline there somewhere, whether it’s something the individual’s trying to do, or the PR team is trying to do, or the stylist is trying to do. Maybe it’s not even on purpose and it’s just a phase they’re going through. Did Reese Witherspoon cut those bangs on purpose because she broke up with Ryan Phillippe and wanted to change it up? Everything feels kind of packaged and presented, and you start to think, why? It’s fun to think about those motivations.

Books The Royal We The Royal Family Women's Fiction 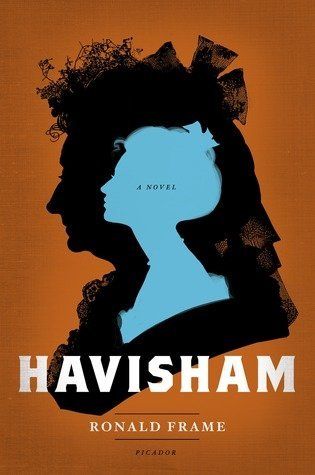