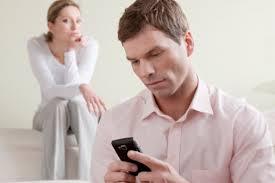 "Life is short - have an affair." That devil on your shoulder Ashley Madison slogan gets us every time. It triggers a scrunched-face, head-shaking reaction, like biting into a mealy peach. Why? It's because we see the devastating consequences of people acting on AM's philosophy in our practice on a daily basis: Pain. Raw, penetrating, consuming and infinitely deep pain. The kind of pain that betrayal causes like nothing else can. The kind of pain that shakes a trusting spouse's faith not only in one's partner, but in humanity and in God. The kind of pain that coats everything around it, making us want to go home and shower immediately. And if last weeks' headlines regarding 37.5 million AM users' info on the verge of being exposed are true, there's about to be a whole lot more pain in this world.

How sad that so many millions feel entitled to keep one foot in their marriage, pretending to go along with their marital vow of fidelity, and the other in a secret world where they can post their sexual preferences to see if there is a suitable extra-marital fit out there. Of course, affairs existed long before James Madison, let alone Ashley. And according to The Journal of Couple and Relationship Therapy, nearly 50 percent of married women and 60 percent of married men will have an extramarital affair at some point in their marriage. When you consider that these statistics nearly doubled in the decade between 2004-2014, it's clear that something is driving this cheating trend. Yes, there are societal factors -- working longer hours while wages have remained flat; more parents raising kids at a distance from nuclear families; technology providing an omnipresent distraction -- that cumulatively have made it more challenging to be a closely connected couple than ever before.

But what about the effects of the rapidly growing "affair technology?" It's not just Ashley Madison, but also businesses like Adult Friend Finder, or Fling.com and Craigslist's "Casual Encounters." The very existence and huge popularity of such instant affair facilitators both serves and creates a need. The high visibility of these affair websites validates the cheating spouse's ideas about an affair as a strong option and also serves as an internal justification: "Obviously, I'm not the only one." But what makes these sites successful is not just their ease of use or their guilt-reducing effects. It's the promise of anonymity.

How ironic that this promise turned out to be as empty as the one each AM user made to his/her spouse and that the AM users drawn to a site designed to make betrayal as easy as possible now find themselves feeling betrayed. While we hate to think of the pain that will flow from the release of AM users' information (allegedly including sexual preferences), we are hopeful that it will mark the decline of the online affair facilitating industry. We are also hopeful that the couples affected will find skilled professional help in healing their damaged marriage - not only can it be done, but the couples that resolve to deal directly with such ruptures often wind up more intimately connected than before the affair.

Is it too much to hope that the AM hack could spur a mass reflection on the meaning of commitment? Or that it might give pause to spouses who are tempted to cheat? Or that it might even prompt an anti-affair movement? We know that every marriage is not destined to endure forever, but what's even clearer is that when one is chronically dissatisfied in one's marriage, there are far better options than cheating, regardless of how easy, trendy or discreet it seems. Perhaps a new tag line is in order: "Life is short: Make the most of your marriage - or leave it honorably."