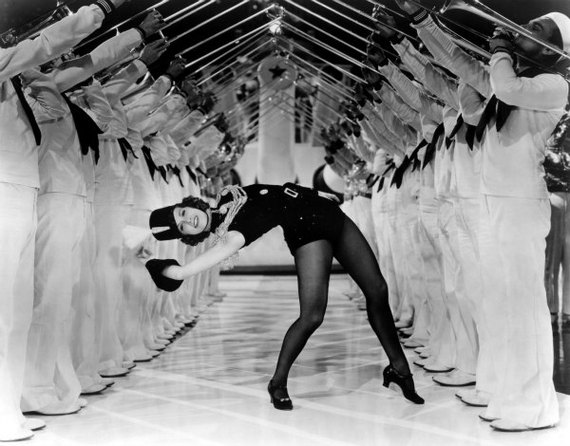 Just in time for the holiday party season, The Salonniere, the award-winning site dedicated exclusively to the art of party hosting, has released The Salonniere 100, a list of the 100 best party hosts in the United States. These are the fête-fabulous men and women who bend over backwards to entertain with such flair that their party invitations are the most coveted in the country.

To compile the list, the editors at The Salonniere asked more than 1,000 in-the-know influencers - including society reporters and other members of the media, social figures, philanthropists, dignitaries, and arts, business and non-profit leaders - across all 50 states for a confidential list of the most skilled and gracious party hosts in their city. Those nominated most frequently were reviewed by an independent group of social authorities in the cities represented and members of The Salonniere's editorial team.

Among the well-known party givers on the list are Lela Rose, Mariska Hargitay and Dennis Basso in New York; Eva Chow, Alex Hitz and Maria and Bill Bell in Los Angeles; Lynn Wyatt and Becca Cason Thrash in Houston; and, in Washington, D.C., President Barack Obama and First Lady Michelle Obama, whose private and unofficial dinner parties are the White House invitations prized most.

Not surprisingly, many on The Salonniere 100 - including Cindy Rachofsky (Dallas), Alli Achtmeyer (Boston), Pamela Joyner (San Francisco) and Jean and Steve Case (Washington, D.C.) - are also among the nation's top fundraisers, adding tens of millions of dollars annually to the coffers of U.S. charities.

"Parties are fun, but they also play a vital role in society," said Carla McDonald, founder of The Salonniere. "Like the great salonnieres of the 17th and 18th century, those on The Salonniere 100 are the best in the country at leveraging social gatherings to build meaningful connections, kick-start important conversations, and effect change."

Others on The Salonniere 100 include Allison Sarofim (New York), who hosts an annual Halloween bash with a guest list rivaled only by her attention to detail; Sheikha Rima al-Sabah (Washington, D.C.), the powerhouse wife of the Kuwaiti Ambassador to the United States; and Patricia Barnstable Brown (Louisville), whose Kentucky Derby party has been called one of the ten best parties in the world. Bunky Cushing (Chicago), who passed away earlier this month and was known as the "Squire of Chicago," earned a spot on The Salonniere 100 and remains on the list in memoriam.

"While The Salonniere 100 is diverse across a variety of factors, all on the list share a rare gift for creating warm, gracious and memorable experiences for others," said McDonald. "The Salonniere 100 is our way of honoring the nation's crème de la crème in entertaining for the work they do to bring joy and opportunity to those fortunate enough to be on their guest list."

* Austin's Carla McDonald, founder of The Salonniere, is honored to have earned a spot on The Salonniere 100 but has opted to relinquish her place and welcome another party host to the list.

For more information about The Salonniere 100, please visit http://thesalonniere.com/the-salonniere-100/

Entertaining expert and founder and editor of The Salonniere, the premier and award-winning site dedicated to the art of entertaining