The Bush administration's latest plan to drive down skyrocketing oil prices by lifting the executive ban on domestic offshore drilling has revived an old question in American politics: is such drilling ecologically responsible? The Washington Post today recalls when this kind of offshore drilling lead to disaster. See photos of the oil spill below.

On Jan. 28, 1969, a blowout on a Unocal rig six miles off the coast of California spilled 3 million gallons of oil into the waters off Santa Barbara. The blackened beaches and oil-soaked birds and seals became icons for the environmental movement and eventually brought oil exploration off the Atlantic and Pacific coasts of the United States to a halt.

Now, President Bush, Republicans in Congress and big oil companies want to reopen those waters to oil and gas exploration. In his radio address Saturday, Bush said that "technological advances have allowed us to explore oil offshore in ways that protect the environment" and that outer continental shelf areas now off limits "could produce enough oil to match America's current production for almost 10 years."

An estimated three million gallons of oil, over 10 days, was released into the Pacific Ocean during the Santa Barbara "blowout." The resulting damage to the surrounding water and beaches took weeks to clean. 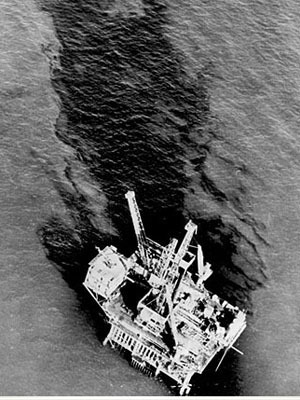 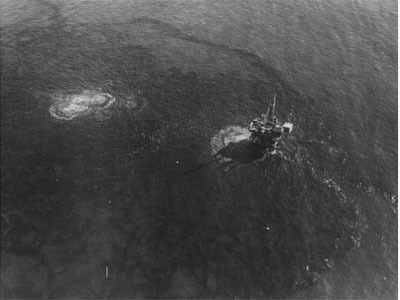 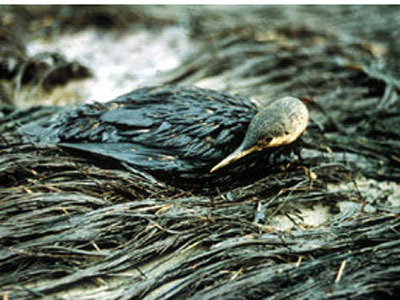 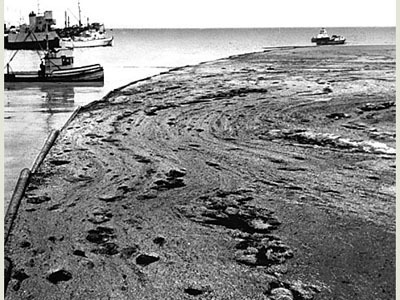 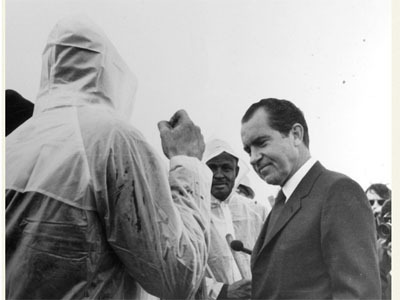 Most Democrats in Congress oppose President Bush's plan, but the plan also signals a break within the Bush family. It was George H.W. Bush who instituted the ban during his tenure as president and the president's brother, former Florida Governor Jeb Bush, has long opposed offshore drilling. In 2001, the brothers clashed over the issue, though their differences at the time ultimately fizzled out.

''I am confident,'' Governor Bush wrote in a letter on Tuesday to the acting secretary of the interior, Thomas Slonaker, ''that the new administration will recognize the need to protect sensitive natural resources located both offshore and along Florida's coastline for the benefit of the entire nation.''