It's been four months since I described Yemen as a powder keg ready to explode. At the time the entire world was riveted to the television, watching the unfolding events of the "Velvet Revolution" in Iran. The Yemeni keg has since exploded. It is currently on the verge of causing regional conflict.

For more than a week now, Saudi Arabia has been carrying out military operations on its remote southern border to punish Houthi rebels from neighboring Yemen who crossed over and attacked one of its patrols. Both Yemen and Saudi Arabia have accused Iran of arming the rebels.

Accusations and counter accusations have been flying between the two rival regional powers. On Tuesday, Iran's foreign minister Manouchehr Mottaki warned that, "those who pour oil on the fire must know that they will not be spared from the smoke that billows." 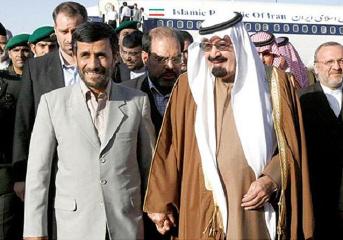 This is not the first time Saudis and Iranians have faced off in the region. The rivalry between the two countries has been out playing its course for years, extending from the Persian Gulf (where the name alone is a point of contention, Saudis refer to it as the Arabian Gulf) into Iraq, Lebanon, and the Palestinian territories. Like the United States and the Soviet Union during the Cold War, Saudi Arabia and Iran have been supporting their factions in all these countries, either militarily, financially, or both.

Both Tehran and Riyadh used Lebanon as their own battlefront to settle scores to the point of almost tipping the country into another civil war less than two years ago. Iran has been accused of pumping millions of dollars into Gaza and supplying Hamas with arms, while Saudi Arabia has been supporting the Palestinian Authority in Ramallah. Many Iraqi Shiites have accused Saudi Arabia of aiding the Sunni insurgency in the country.

Nowadays, even Hajj (Islamic pilgrimage) is not spared from being a subject of contention between the two rivals. The Saudi government has recently issued a warning against pilgrims staging demonstrations during this year's Hajj, which runs from November 25-29. Although Iran was not specifically mentioned in the Saudi statement, Tehran replied that it would take "appropriate measures" if Iranian pilgrims were interfered with in any way. The Islamic Republic of Iran has long complained about the mistreatment and harassment of its pilgrims to Mecca by Saudi authorities during the Hajj season.

Like the original Cold War, both countries have launched sophisticated misinformation campaigns against one another. A propaganda war has raged between Iranian and Saudi government controlled media. During the Iranian election, Saudi media and its proxies viciously attacked the Iranian regime, highlighting poll irregularities, and the brutality of the Iranian Basij security forces. The Iranian media has constantly questioned, and on many instances mocked, the House of Saud's role as the custodian of the Holy Islamic sites in the Kingdom.

Last week without warning, two satellite companies, the Egyptian-owned Nilesat and the Saudi-managed Arabsat pulled the plug on Iran's Arabic-speaking news channel, al-Alam, or the World. Nilesat's executive director, Ahmed Anis, announced that the broadcasting was cut due to contract violations; however, media sources throughout the Middle East suggest that al-Alam's support for the Shiite Houthi rebels in Yemen angered Saudi officials, who in turn used their influence to take it of the air.

So far, both countries have shied away from direct military contact. Iran and Saudi Arabia, like the US and the USSR of old, have been competing in a series of peripheral surrogate conflicts. Could their relations be strained enough to lead to direct confrontation? Everything seems to be possible these days in the Middle East.