Ubiquitous, overbuilt and underutilized, urban parking decks are going the way of the dinosaur.

"About 50 percent are empty at all times," says Christian Sottile, dean of the school of building arts at Savannah College of Art and Design (SCAD). "The rate of private auto use for commuting is dropping -- 99 of 100 urban areas have a reduced number of autos coming into the city."

Thus his assignment to 75 students in 12 programs at SCAD, along with 37 collaborating alumni:

First, meet the demands of a global return to the inner city, the largest since the Industrial Revolution. "The millennials, 18 to 35 years old, have an overwhelming desire to live right in the core," he says. 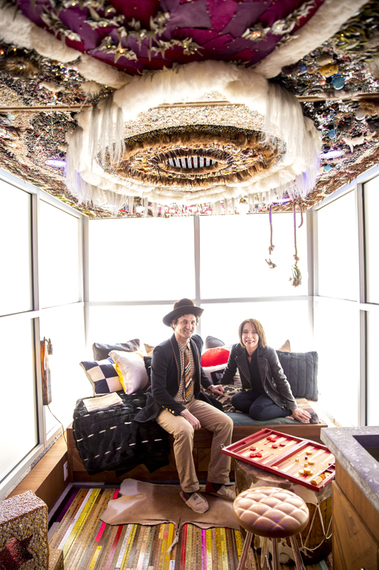 Then figure out how to maximize personal living space for an individual living unit -- with the theme of a micro-apartment.

And finally, develop an adaptive reuse strategy for a city's underused parking decks. "It's the trend of the last decade," he says. "There are 105 million parking spaces in America -- five for every car out there." 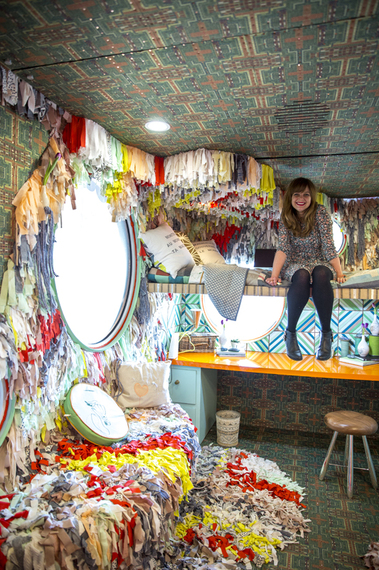 Their solution, in the form of three uber-cool SCADpads, was unveiled last week in a midtown Atlanta parking. Ironically, each has a breathtaking view of the downtown Atlanta skyline with its tall buildings by SOM, Philip Johnson and John Portman -- along with a permanently gridlocked I-75.

"Atlanta as a major metropolitan area is the place to showcase this question," he says. "There are six million people here, and the busiest airport in world. It's a great place to take back."

Besides, the millennials -- the designers of the SCADpad among them -- don't want cars. "They're a hassle -- one minute commuting is one minute wasted," he says. "They're looking for collaborative living environments, for ways to share resources, and they don't mind smaller spaces."

Indeed. Each SCADPad is 135 square feet, and designed to squeeze into a parking space. Each is designed to complement one of the three continents -- Europe, Asia and North America -- with SCAD campuses. And each is already in demand. 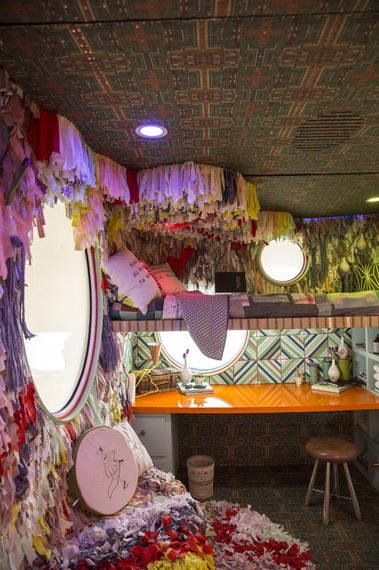 "A group of 12 students, three at a time, will live for a week and share their experiences with us," he says. "We had to have a lottery to decide who would be first."

At a cost ranging between $40,000 and $60,000, the SCADpads qualify as affordable housing. Moreover, the median rent for urban studio space is about five to eight times higher than rent for a parking space.

"It's a new kind of living arrangement for the next-generation dwellers in the city," he says. "We've cracked open a new discourse on adaptive reused, and a model for a new strategy."

Which means that, like the 19th century warehouse, the mid-century modern parking deck could be transformed soon into the trendiest loft space of the 21st century.