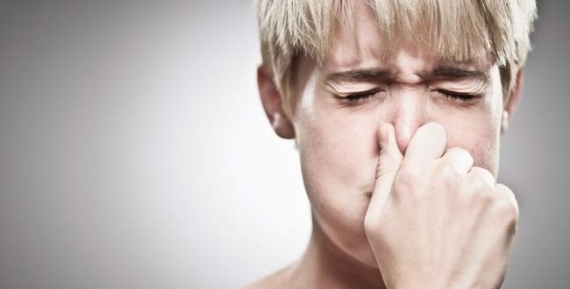 So you gulped down your beer a little too fast. Those hiccups are pretty annoying, maybe a little embarrassing, but hey, we're not judging. They're also usually harmless.

Usually. Hiccups may also be a sign you're having a stroke.

Before you freak: We're not talking about those same beer-chugging hiccups, but a painful, unrelenting, severe case of the hiccups that comes on out of nowhere, says neurologist Diana Greene-Chandos, MD, director of neuroscience critical care at Ohio State University's Wexner Medical Center. These are hiccups so bad you just might bring yourself to the emergency room.

Related: 9 Things Your Sweat Is Trying To Tell You

When they truly are a sign of a stroke, if you're paying really close attention to your body, you might also notice chest pain, all-over numbness, or a bit of blurred vision, but, Greene-Chandos says, the hiccups are often so severe, those other symptoms fly under the radar.

Crazy, right? In fact, no one really knows about this whole hiccup thing. Greene-Chandos's team recently polled 1,000 women and found just 10 percent knew hiccups can be a sign of stroke. (For more surprising health tips, get a free trial of Prevention + 12 bonus gifts here!) 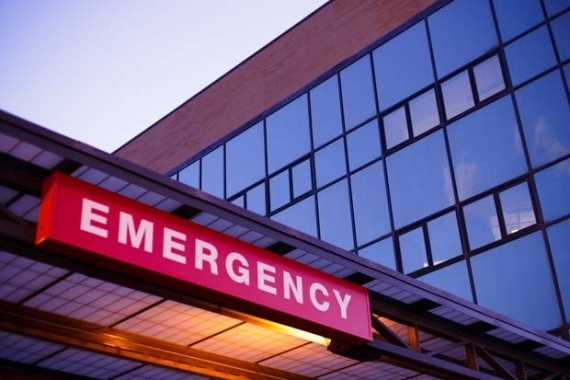 (Photo by: Getty Images)
That's bad news, especially since doctors probably aren't in the know, either. When a woman shows up at the ER with uncontrollable hiccups and feels a little tingly, most hospital staffers don't immediately think stroke, Greene-Chandos says. But every minute counts: Clot-busting meds work best when they're administered within three hours. The sooner a woman (and her doctors!) can identify these female-specific signs, the better outcome she's likely to have. Currently, stroke is the No. 5 cause of death in the US, according to the CDC, killing nearly 130,000 Americans each year.

Related: The One Thing Every Migraine Sufferer Should Know

Speaking of every minute counting: You've probably heard of F.A.S.T. as it applies to stroke symptoms. Quick refresher: It stands for face drooping, arm weakness, speech difficulty (the most common signs someone's having a stroke), time to call 911 -- and it definitely still applies to women. Today, commit a few others to memory: hiccups, chest pain, whole-body numbness, and headaches, a set of women-only symptoms for which there isn't a handy acronym -- yet.

Hiccups are associated with a type of stroke that occurs in the back of the brain as opposed to the top, a type that is indeed more common in women. "That probably has something to do with the hiccup component and how the strokes manifest themselves differently," Greene-Chandos says, but we don't entirely know what's going on.

Related: This Is What Your Perfect Fatigue-Free Day Looks Like

That doesn't mean hiccups shouldn't be on your radar, though. Sure, it could be terrible indigestion, she says, but tune in to what your body is telling you. If you notice some numbness, chest pain, or blurry vision along with those hiccups, don't brush them off. Women are all too likely to ignore signs of a stroke. "Women don't think of it as a disease that involves them," Greene-Chandos says. But actually, 60 percent of deaths from stroke happen among women, she says. "All my friends can tell you all about breast cancer, and it claims nowhere near as many lives."

This article 'The Scary Thing Your Hiccups Could Mean' originally ran on Prevention.com.

More from Prevention.com:
5 Ways To Drink Green Tea For Weight Loss
How To Turn Off Your Weight Gain Hormones
11 Items You Should Always Keep In Your Car
20 Super-Healthy Smoothies