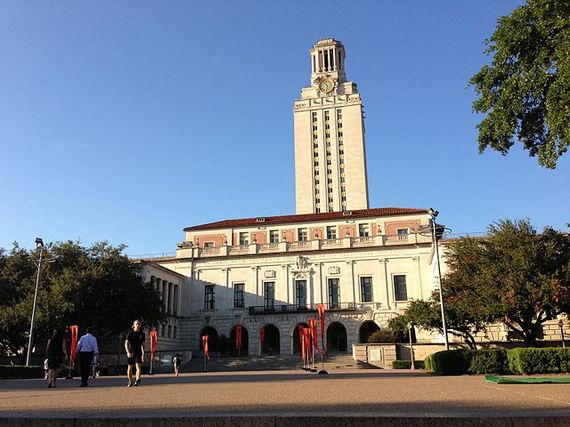 Today, mass shootings are all too common. That wasn't always the case. On a fateful August day in 1966, long before Columbine or Sandy Hook or Va Tech, Charles Joseph Whitman climbed the steps to the clock tower on the University of Texas at Austin campus. He had already killed his wife and mother. By the end of the day, 13 more would be dead and 33 wounded, one of them seriously enough to die a week later, bringing the death total to 14.

Coming just three years after President Kennedy was assassinated in Dallas, it was the first time we, as a nation, had to contend with a crazed shooter on a school campus. It would certainly not be the last.

We did not have a 24-hour news cycle then, and yet it was on every channel, an endless stream of heartbreak as victims were counted and identified. A news building was located across the square with a clear view of the tower, where shot after shot rang out for 96 minutes as they filmed. The horrifying footage seems more like a Hitchcock movie than live footage.

Much like today, when something unimaginable happens, opinions differ. What caused the tower shooting? Could something have prevented it? What really happened? We may never know the answers.

Whitman's autopsy revealed a brain tumor - an astrocytoma about the size of a pecan. The neuropathologist who conducted the autopsy, Dr. Chenar, concluded that this type of tumor would have no effect on Whitman's behavior.

Governor John Connally commissioned a task force to examine the evidence, a panel of experts who ultimately disagreed with Dr. Chenar's findings. While they could not say conclusively that the tumor caused Whitman's actions on that day, they agreed that it might have contributed to his lack of control.

Who Was The Hero?

During the hail of bullets, three men initially ascended the tower that day to confront the killer. Two policemen, Ramiro Martinez and Houston McCoy, and one armed civilian, Allen Crum, kicked open the door and went out on the observation deck. A third officer, Jerry Day, went back down to accompany victims to safety. When the victims were safe, Officer Day went back up and took up a position near Crum.

The stories of what happened next are consistent but for one thing. Officers Martinez and McCoy each think they killed the sniper. Reports indicated that Martinez fired the first and last shots, and that he killed Whitman. He was hailed as the hero.

In the initial version, as reported by Time, local news station KBTC-TV, and other stories by respected journalists, Ramiro Martinez was credited with killing the sniper. The local newspaper, The Austin American, ran a headline that read "SHOOTS SLAYER. Patrolman Ramiro Martinez put the first bullet into the sniper atop the University of Texas tower, and then emptied his police revolver as the sniper whirled and fired at him."

Allen Crum stayed near the door while the two officers crept around the side of the building toward the shooter. Moments later, Crum thought he heard the shooter running in his direction and fired a warning shot into the wall. The shooter heard the shot and backed into a corner aiming his rifle in the direction of the shot, preparing for an attack.

Seeing that the shooter was focused on the other direction, Martinez seized the opportunity. He broke cover and squeezed off all 6 shots from his .38 handgun in rapid succession. The shooter jerked as he was hit, fired wildly into the air, and started to rise from his crouching position, swinging his gun towards the officers. McCoy discharged his shotgun twice. Whitman spun around and slumped against the wall. Martinez grabbed McCoy's shotgun, ran to Whitman, and pumped the final shot into his head.

Years after the shooting, Officer McCoy came forward with a slightly different version. He told anyone who would listen that Martinez missed with all six shots, while his two shotgun blasts delivered the fatal wounds, and that Whitman was already dead when Martinez shot him the final time. When the Los Angeles Times ran the story in 1994, the reporter wrote that McCoy had powerful proof that he, and not Martinez, was the hero - the autopsy report. The reporter remarked about how compelling this proof was.

There's only one problem. The autopsy report does not corroborate his story. It does not specify which shot killed Whitman (there's no way to tell), but does say that there were wounds from both large caliber bullets and shotgun pellets.

Is this revisionist history? Comments on videos and news stories often lean disturbingly toward racism. From YouTube:

There's no way to know who fired the fatal shot, but one thing is certain. All three of those brave officers and the civilian deputized on the spot risked their lives to face down a heavily armed sniper. In my book, they are all heroes.

Another subject up for debate is the endless controversy over armed citizens. When news of the shooting hit the airwaves, armed men showed up on the campus, guns at the ready. They took up stances around the base of the tower and shot at Whitman.

While some commentators lauded the civilians for pinning down the gunman, others questioned the wisdom of a law that allows vigilante justice. Officer McCoy narrowly missed a shot to the head from below. In one news video, he points to the bullet hole than nearly ended his life.

With every new shooting, the questions arise and options are discussed. How do we, as a nation, move forward? Everyone on both sides of the fence realizes the need for much more safety and education on the topic. Veteran-owned website, Imminent Threat Solutions, talks about frequent training and situational awareness to protect yourself should you be confronted with an armed individual. The argument that you should put your phone down and pay attention to your surroundings when you are in public is something both sides can agree on.

Then, as now when a killer goes berserk, there was speculation of mental illness and lack of mental health care. Could psychiatric help have prevented this tragedy? By all accounts, Whitman was certainly an emotionally damaged young man. He was the son of a controlling, physically and mentally abusive father and had a court martial in his military record. 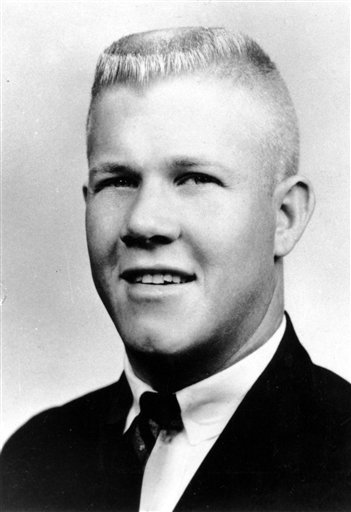 As it turned out, Whitman had sought professional help. His journal entries and suicide missive seemed to indicate that he was aware of his mental deterioration. He knew what he was planning was wrong, but was unable or unwilling to stop. He was suffering from terrible headaches. In his lengthy suicide note, he urged authorities to conduct an autopsy to find out if there was a biological reason for his actions. He indicated that he loved his wife and mother, and killed them to spare the shame and embarrassment of what was to come.

Even after 50 years of debate, there are no easy answers. With each horrifying incident come more questions, more rhetoric on both sides, and no clear path forward.