Did you ever think Donald Trump would get this far?! I sure didn't, but regardless of how you feel about Trump and his funny looking hair, one thing I have to admit is that he has body language down.

The man knows what he's doing. He knows how to make opponents look silly, how to communicate with the audience (even when he's not speaking) and how to influence the audience's emotions with one simple look. That's the reason why he's now the Republican presidential candidate!

Today I want to share three body language strategies that Donald Trump uses to persuade, communicate and get people on his side.

It won't take more than a quick YouTube search to reveal that Donald over exaggerates his facial expressions to illustrate his emotions. Go back a few months and find the facial expressions he was making at Jeb Bush to prove my point. 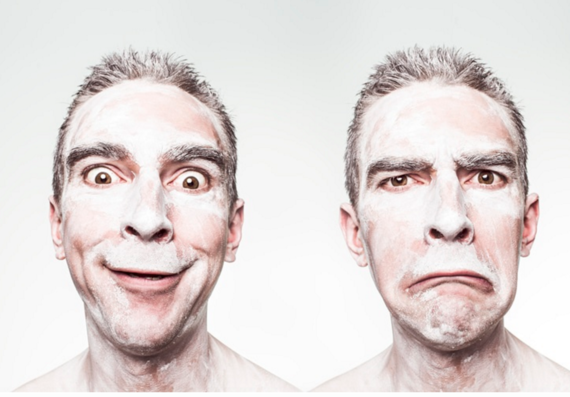 Although Jeb is speaking, you can't help but focus your attention on the dumbfounded look on Donald Trump's face. And when you see Trump make that face, the same feelings of confusion are triggered thanks to mirror neurons!

Mirror neurons are a relatively new discovery in neuroscience, but they're super helpful when it comes to affecting how others feel when they are around you. They're essentially a way to make someone else feel certain emotions by simply looking at you. For example, if you look over at me and I'm smiling, you will feel happiness and other emotions associated with smiling.

This was originally discovered in an Italian lab when they noticed motor parts of a monkey's brain being activated by simply watching a human move around (while the monkey was standing still). The neuroscientists learned that your brain perceives observing someone else doing something as actually doing it yourself!

Facial expressions are just one part of body language, what about the body itself? Donald uses his entire body when it comes to body language.

Let's take a look at a few of the hand gestures Donald uses. He uses his index finger like the "#1" to prepare the audience and cue that he's going to say something very important or worth listening to, after that gesture.

When he makes important points or numbers things off, he also uses his hands to emphasize his point. 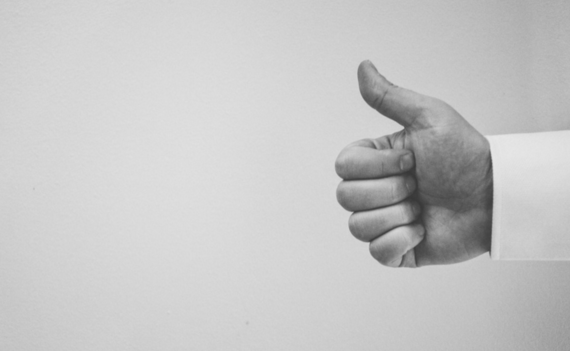 In all cases, notice how his posture is erect, his chin is level and his chest is open. You can tell his chest is especially open and his shoulders are back when he's using both hands to gesture. If you watch Donald compared to the other candidates, you'll realize that he uses the most hand gestures compared to everyone else.

Donald's hand gestures help solidify his story of being "high energy" and impactful. He uses hand gestures very effectively to keep the audience on pace with him.

The fake tan, the crazy hair, the pursed lips... Donald Trump clearly is who he is and he owns it. This flies in the face of my most-hated cliche, "fake it til you make it."

Donald Trump is being who he really is and is proud of it! 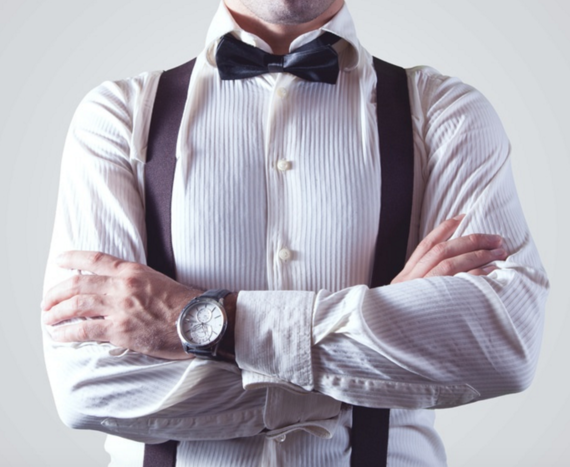 Although this isn't a specific body language cue, body language counts for any type of communication that you are not verbally saying and your appearance does communicate something to those around you.

Donald always gets tormented on late night talk shows, especially for his hair. He's been compared to an orangutan and there have been countless memes about his hair, it's basically its own character at this point.

But do you see Donald trying to change his hair?

The man will not change it. He's embracing what others see as a weakness and he's accepting what he looks like. In a weird way it's like he's allowing himself to be vulnerable and that's because he knows that vulnerability can increase likeability!

In an interesting experiment, there were two models showing off a blender at the mall. One of the models blended the juice perfectly, another model "forgot" to put the lid on the blender before blending, getting juice all over the place. When the audience was asked who they liked more, they preferred the model who screwed up!

The takeaway is that showing vulnerability can increase likability and Trump uses this to his advantage.

Regardless of your political leaning, one thing we can all agree on is that Donald Trump is a unique communicator. He knows how to use body language to effectively convey his message, emotions and influence other people's emotions.

If you liked this article, learn more: How to Shut Up that Inner Voice & Beat Awkward Conversations. It covers six secrets to social confidence, the #1 strategy to improve your life and how to have natural conversations...even if you're super awkward.