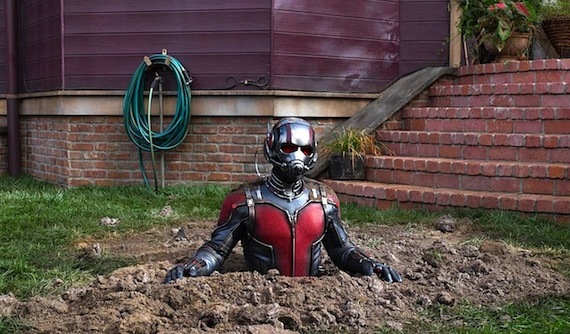 With Ant-Man hitting theaters this weekend, Marvel's tiniest Superhero is soon to become a household name. But until he does, many will be wondering just who Scott Lang (Paul Rudd) is. While I won't get into the weeds about how he is one of Marvel's most storied characters, or a founding member of the Avengers, I will say that he is actually one of the most scientifically fascinating characters in the entire Marvel Universe. Forget Tony Stark and Bruce Banner, because Ant-Man is truly a hero for the science lovers out there.

Ant-Man's suit has been the subject of a great deal of scientific speculation in recent months, from fans wanting to know if they'll ever be able to shrink down to 'Ant Size', to scientists speculating on the potential such a suit could have, Scott Lang may not be as mighty as Thor, but he sure is sparking debate. As Outer Places writer Alexandra Grunberg is about to point out, there's a lot of science behind this tiny superhero. From the realities of becoming tiny, to the potential of shrinking down to a quantum level, there's a lot of fun to be had with an Ant-Suit.

Here's what Grunberg had to say on the Science of Ant-Man and the painful realities of being really, really small:

While I was watching "The Amazing Colossal Man" on "Mystery Science Theater 3000," the colossal man ran into a problem due to his alarming growth. The biological systems that the human body depends on at its average size, in this film's case the circulatory system, does not continue to work well when a rapid change in size has occurred. This got me to thinking about more realistic ways in which a change in size could affect our body's biological functions, and how that in turn might affect a real-life version of Marvel's soon to be famous, Ant-Man.

Though gigantic people and monsters seemed to have reached their peak in the science fiction films of the 50s and 60s, next month will see the release of a new shrinking hero in Marvel's "Ant-Man." This latest addition to Marvel's cinematic Universe was one of the original founding members in the comics back in the early 1960s when science fiction was full of people changing size, from growing in "The Amazing Colossal Man" and "Attack of the 50 Foot Woman" to shrinking in "The Incredible Shrinking Man" and "Fantastic Voyage." Ant-Man's trailer shows Paul Rudd's Scott Lang effortlessly transitioning between ant-size and man-size, enough to start a punch on one scale and finish it on another. But what would really happen to a person who has shrunken down to the size of an ant? 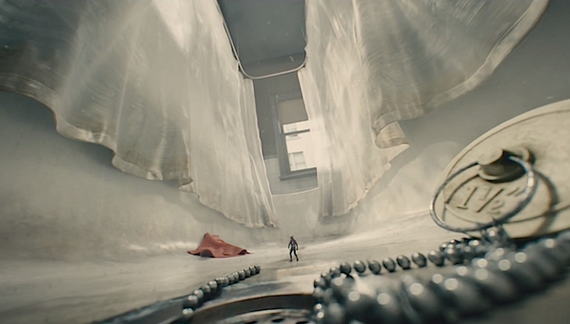 The Science of Scaling
In the paper The Biology of B-Movie Monsters, Michael C. LaBarbera discusses the changes that occur when a human or animal experiences a significant change in size. The science of 'scaling' or how size affects biology, examines how many of our biological functions, such as oxygen extraction in the lungs and nutrient absorption, are dependent on proportionality. Many of our body's careful constructions become thrown off with any change in size, and as different aspects of the mathematical layout of the human body increase at different rates, the end result would be a very different existence when existence is occurring at a markedly different size.

While exploring the changes in a person of a quite tiny size, LaBarbera begins by using the example of "The Incredible Shrinking Man" when he is about an inch tall - roughly the size of an ant-sized Ant-Man. Some of the negative changes that would make such a conversion difficult, if not impossible, are just basic survival necessities. Due to the mathematics of "scaling," Ant-Man's mass has decreased significantly more than his surface area, which would make it very difficult to maintain body heat. To supply his body with enough fuel he'll have to eat his own weight daily, eating around the clock without sleep, an existence familiar to small animals like shrews and hummingbirds. Though perhaps the rapid changes back into a human size would prevent these biological failings from becoming fatal.

One such area that Marvel have addressed is the notion of oxygen absorption. In a recent interview with Empire, Ant-Man's costume designers, Sammy Sheldon and Ivo Coveney, revealed one of the scientific limitations that they had placed upon Paul Rudd's characters. "When you shrink, the molecules in the air are too big for your lungs,"explained Sheldon. "He has to be fully contained or he'd die." 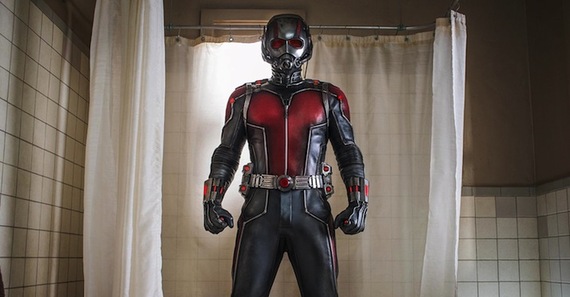 Will Ant-Man Go Quantum?
Of course, there are many other scientific issues that would come with such significant 'shrinkage', and while much of this will be explained away by the mystical powers of Ant-Man's suit, Marvel has at least attempted to ground their movie in scientific theory. Dr. Spiros Michalakis is a Quantum Physicist who consulted with the studio on the science of their Ant-Man suit. In a conversation with Nerdist earlier this year, Michalakis revealed that Ant-Man will actually flirt with some pretty serious Quantum theory, which suggests Scott Lang may eventually end up shrinking down to a size that could open up some seriously cool areas. As Michalakis suggests, were Ant-Man able to shrink to a Quantum level, the regular laws of time and space would no longer apply and Scott Lang could potentially hop back and forth through time as he pleases.

Whether or not Marvel wishes to go down that precarious path remains to be seen, but the fact that they consulted with Michalakis in the first place would appear to suggest that Ant-Man's powers will eventually evolve far beyond the shrinking we see in the trailer.

Super Strength
Indeed, one wouldn't have to shrink down to a quantum level to experience super powers. Shrinking down to the size of an ant would necessitate an increased metabolic rate, which would create a hyperactivity, and highly increased energy that would be of huge benefit during high-paced combat. Also, in the trailer for "Ant-Man," we learn that "When you're small, you have superhuman strength," which is actually a reasonably true statement according to LaBarbera who explains "The forces that a muscle can produce are proportional to its cross-sectional are (length squared), while body mass is proportional to volume (length cubed)." In short, smaller animals tend to be proportionately smaller, which means if we were the size of ants, we could lift 50 times our body just like our tiny little friends can.