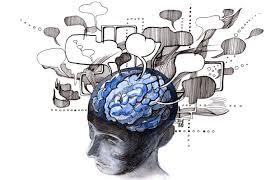 "Mind is the Master Power that molds and makes, and we are mind. And ever more we take the tool of thought, and shaping what we will, bring forth a thousand joys, or a thousand ills. We think in secret, and it comes to pass, environment, is but our looking glass." -- James Allen

At some point we have all heard the adage "Thoughts are things," which serves as the central tenet of such popular New Age philosophies like the Law of Attraction, featured in best-selling books like The Secret by Rhonda Byrne. And while many skeptics have been quick to dismiss the idea of "As a man thinketh, so is he" (Proverbs 23:7) as nothing more than a pop psychology platitude, the ongoing findings of medical science are telling a different story.

In an article from the January - February 2013 edition of Harvard Magazine Cara Feinberg profiles the pioneering work of Dr. Ted Kaptchuk, Director of the Program in Placebo Studies at Beth Israel Deaconess Medical Center in Boston, a Harvard Medical School teaching hospital. In the article, Feinberg chronicles the exciting findings made by Dr. Kaptchuck and his team in conducting a "clinical drug trial" charting the effects of prescription medication vs. acupuncture in relieving the pain of the trial participants:

In one part of the study, half the subjects received pain-reducing pills; the others were offered acupuncture treatments. And in both cases, people began to call in, saying they couldn't get out of bed. The pills were making them sluggish, the needles caused swelling and redness; some patients' pain ballooned to nightmarish levels.

"The side effects were simply amazing," Kaptchuk explains; curiously, they were exactly what patients had been warned their treatment might produce (emphasis added)." Even more startling, "...most of the other patients reported real relief, and those who received acupuncture felt even better than those on the anti-pain pill. These were exceptional findings: no one had ever proven that acupuncture worked better than painkillers.

But Kaptchuk's study didn't prove it, either - the pills his team had given patients were actually made of cornstarch; the "acupuncture" needles were retractable shams that never pierced the skin. The study wasn't aimed at comparing two treatments. It was designed to compare two fakes (emphasis added)."

Although Dr. Kaptchuk doesn't contend that patients can simply "think themselves better" his study - along with many others conducted on the placebo effect - does prove a very important, and critically under looked, fact in health care: "patients' perceptions matter, and the ways physicians frame perceptions can have significant effects on their patients' health."

Beliefs are powerful things and what we tell ourselves and others tell us can make us better or worse. We all have "our narrative" and we tell it over and over again both to ourselves and to others. We believe it, we expect it and we project it. When we change our beliefs and our story, we change the outcomes.

One of the better known studies which demonstrates how changing our narratives can change our outcomes (and our lives) is the 1980's breast cancer support group study that was written up in the journal Advances. All of the women had breast cancer that had metastasize before the study began.

Their prognosis was poor but they became a group who listened to each other's stories, supported each other, cared about one another and helped each other manage their symptoms and disease. They also helped each other change their story. It is not surprising that the women in this support group lived on average 18 months longer than breast cancer patients with the same degree of metastasis.