If the scientific and scholarly world has an equivalent of filmdom's annual, pre-award "Oscar fever" of late February, it's just about upon us: Beginning on October 3rd, the committee that decides the Nobel Prizes will notify a select group of honorees that they've won science's highest award.

Since 2002, to mark Nobel Prize week, the Intellectual Property & Science business of Thomson Reuters has released its own list of Nobel-worthy researchers. These are the Web of Science ™ Citation Laureates - scientists whose published work has won special recognition among peers by being read and footnoted, or "cited," at a level far above the norm. The latest group of Laureates
has just been announced.

Because citations serve as quantifiable markers of influence and significance, a high citation rate attests to work that has truly made a difference to ongoing research. The Citation Laureates, therefore, are scientists whose work has proved itself worthy of possible Nobel recognition - perhaps soon, perhaps a decade or two in the future, depending on the prize committee's inclinations and deliberations.

To select this latest class of Citation Laureates, analysts turned, as always, to the Web of Science, an online database that compiles publication and citation statistics in science, the socials sciences, and the arts and humanities, reflecting scholarly inquiry back to the year 1900. Scientists whose papers have attracted an unusually high number of citations, and whose work is clearly associated with a specific and notable discovery or advance, win the distinction of being "of Nobel class."

Continuing a feature introduced in last year's presentation of Laureates, an online "People's Choice" poll permits readers to vote on their favorite Nobel-worthy candidates, either from this year's new batch or from among previous Citation Laureate selections who still await the call from Stockholm. Register your vote here.

As always, the new Laureates represent all four science fields honored by the Nobel: Physiology or Medicine, Physics, Chemistry, and Economics. A trio of scientists recognized in Physics, for example, represent a recent breakthrough in a longstanding astrophysical quest: Roland W.P. Drever, Kip Thorne, and Rainer Weiss were the key drivers behind the LIGO (Laser Interferometer Gravitational-Wave Observatory) facility, an installation in Pasadena built to detect gravitational waves. Earlier this year, LIGO captured evidence of these ripples in space-time, predicted more than a century ago by Albert Einstein as part of his theory of general relativity.

In Chemistry, George M. Church and Feng Zhang are recognized for their contributions to another recent breakthrough, the genome-editing method known as CRISPR-Cas9. This "find and replace" utility for gene sequences has been the subject of highly active research since the method was originated in 2012, as it raises the prospect of actually re-writing genetic code to cure or avert disease. But the method has also spawned qualms about the ethics of such gene-tampering, along with a bitter legal battle over who should own the lucrative patent rights for the method, pitting Zhang against another Citation Laureate, Jennifer A. Doudna, who was selected last year with another CRISPR inventor, Emmanuelle Charpentier. Furthermore, Nobel rules stipulate that no more than three researchers may share any given prize, so the selection by the Nobel committee for CRISPR, if and when it comes, seems certain to stir controversy.

Other new Citation Laureates are honored for findings that harness the immune system to attack tumors, or that permit non-invasive screenings for pregnant women, or provide a deeper understanding of why unemployment is a persistent problem in developed economies.

One of this year's selections, Stuart L. Schreiber, is tipped in Physiology or Medicine for work on a gene known as TOR, whose intracellular workings have provided insights for the targeting of therapeutic drugs. A decade ago, Schreiber was selected as a Citation Laureate in the field of Chemistry for work on small molecules. Thanks to groundbreaking work in these two areas, Schreiber may have doubled his chances for an invitation to Sweden someday. 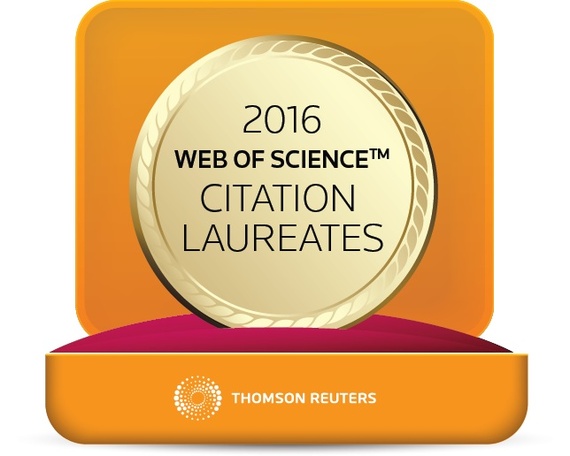 PHYSIOLOGY OR MEDICINE
James P. Allison of the University of Texas Houston, and Jeffrey A. Bluestone of the University of California San Francisco Medical School, and Craig B. Thompson of Memorial Sloan Kettering Cancer Center
For explaining how CD28 and CTLA-4 are regulators of T cell activation, modulating immune response

PHYSICS
Marvin L. Cohen of the University of California Berkeley
For theoretical studies of solid materials, prediction of their properties, and especially for the empirical pseudo potential method

CHEMISTRY
George M. Church of Harvard Medical School, and Feng Zhang of the Massachusetts Institute of Technology
For application of CRISPR-cas9 gene editing in mouse and human cells

Hiroshi Maeda of Sojo University and the University School of Medicine, Japan, and Yasuhiro Matsumura of the University of Tokyo
For discovering the enhanced permeability and retention (EPR) effect of macromolecular drugs, a key finding for cancer therapeutics

ECONOMICS
Olivier J. Blanchard of the Massachusetts Institute of Technology
For contributions to macroeconomics, including determinants of economic fluctuations and employment

Edward P. Lazear of Stanford Graduate School of Business
For his development of the distinctive field of personnel economics