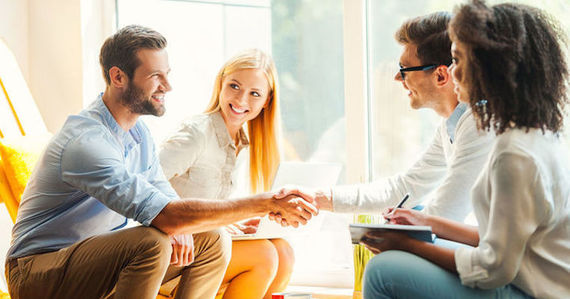 While the scrum master helps the team stay on task and aligned with proper scrum workflows, their role is to coach and motivate, not enforce. They meet with the team on a regular basis to review work and deliverables, most often in a weekly cadence.

An effective scrum master sets the example for the team, similar to any effective leader. At the same time, the scrum master does not have authority to fire or remove team members, and so is not the leader in the traditional managerial sense.

The scrum methodology is adapted for different types of organizations. Therefore, the role of the scrum master is often confused with other organizational roles, including the project manager, program manager, and product manager.

Scrum Master vs. Product Manager
The scrum master works closely with the product manager, but there are some important differences. The scrum master makes sure the team thoroughly understands the scrum concepts, helps them to define the endpoint of a sprint, and seeks to remove any barriers to their progress. Their attention focuses on "how."

The product manager plays a more dynamic role. They must define the "why," "when," and "what" of the product that the development team will build. They also organize cross-team deliverables, which requires working outside the Agile scrum team. Like the scrum master, the product manager works closely with the team but also looks out to the overall business strategy and objectives to ensure that the team is building what matters.

That said, there can be areas of overlap between the two roles -- especially since a scrum master's responsibility is often to remove roadblocks the team faces. These roadblocks can be the result of cross-functional requests, an area that most product managers also own.

When this is the case, the scrum master and product manager can reference the overall strategy to set priorities and make sure they are still on track towards the goals of the organization. While both roles are distinct, they are both vital to the success of the product and the team.

There are also two more roles that are similar but different: the project manager and the program manager.

Additionally, while both leaders are responsible for keeping their teams on track, the project manager owns and makes decisions for the development project. The project manager is accountable to the business for meeting project deadlines and the project's overall success.

It can be a jarring experience for a project manager to come from a world of rigid structure where they are in control, then be thrown into a world where changes can come daily and are welcome.

Scrum Master vs. Program Manager
The scrum master and program manager have similar goals: to eliminate roadblocks for engineers and enable successful work execution. However, they typically work at different visibility levels -- and with different leverage to resolve issues.

One way to consider the relationship between a scrum master and a program manager is with escalation. A scrum master is there to coach and ensure that processes are followed, make sure commitments for the team can be completed, and identify any risks that are hindering work completion. If processes are not being followed or work commitments are at risk, then the scrum master owns the identification and initial awareness of the issue in an Agile setting.

On the other hand, when a program manager is established in an engineering organization, they typically coordinate with teams to understand external forces that could put the release of reliable products in jeopardy. With this positioning, the program manager is often the escalation point for individual scrum masters, and becomes the one who actively mitigates risk identified by individual scrum masters. They will typically have the relationships (and leverage) to address external forces causing problems for individual teams.

"Scrum master" is not a synonym for another role. It performs its own unique function.

The scrum master might not manage anyone directly. But there is a reason why scrum master certifications are in such demand. The strongest scrum masters boost productivity, remove roadblocks, and provide much-needed morale. That is why they are invaluable.