In September 2015, world leaders gathered in New York to adopt the Sustainable Development Goals (or 'SDGs').

Like their predecessors the Millennium Development Goals, the SDGs chart a course for precisely which of the many development challenges the global community should focus on, in the collective struggle for more even economic and social development.

Alongside areas of focus such as poverty, hunger and health, the SDGs include a focus on productive employment and decent work. Commendably, world leaders have committed through Goal 8.7 to taking immediate and effective measures to eradicate some of the most indecent forms of labour on our planet: forced labour, modern slavery and human trafficking.

Amongst other things, the SDGs present very real challenges for measurement. What is the prevalence of modern slavery right now? And what constitutes an effective measure to eradicate forced labour or human trafficking? 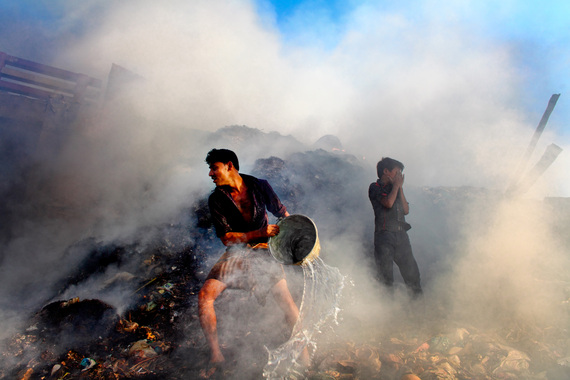 As Claire Melamed, author of the UN's Data Revolution report writes today in Significance, we are living at a time where data has never been more in demand - but there remain critical and surprisingly basic gaps in what we currently count.

She notes, for example, the reality that there are actual reported numbers for just 15% of malaria deaths and 16% of all births globally.

When you consider that from a statistical perspective, births and deaths are actually some of the easiest events to count, you get the idea of the size of the challenge of counting other more elusive and hidden phenomenon, such as modern slavery.

With hard data in short supply, it is perhaps no surprise that as Melamed notes, around half of all data used to monitor the Millennium Development Goals was estimated.

Should this give us cause for concern?

Ideally data for measurement of the SDGs should come from actual counts - but in the context of modern slavery, as with many serious crimes, this is unrealistic.

Whether in the form of forced labour on Thai fishing vessels or forced marriage in South Asia, modern slavery tends to be deeply hidden and rarely reported. Official statistics do not reflect the actual size of the problem.

As confirmed by the pioneering work of the International Labour Organization, crime victimisation surveys offer a way forward. For this reason, the Walk Free Foundation has invested heavily in such surveys. Together with our partners Gallup, we have now completed prevalence surveys in 26 countries. This has involved 29,206 face to face interviews in 26 countries, in over 50 languages. Each survey used a nationally representative sample, meaning the results can be extrapolated to the entire adult population of that country. Collectively, these results represent 44% of the global population. 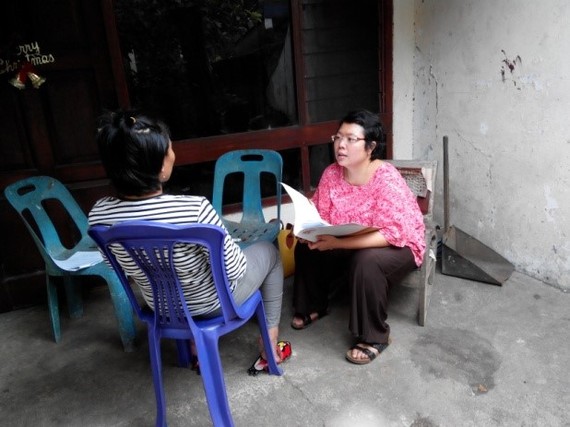 In other contexts, non-survey statistical methods that depend on access to official records may be most useful. Recently, the UK Home Office estimated 10-13,000 people are in some form of modern slavery in the UK, through an analysis of overlapping lists of reported victims (see further, Bales, Hesketh and Silverman, "How Many Victims?" Significance, 12(3) 2015).

In many countries, neither of these methods will be available, either because of conflict, lack of political will or resources. Imagine trying to get permission to estimate the prevalence forced labour in North Korea, drawing on official records or even a survey, and you understand the size of the challenge.

What are the options for measuring modern slavery in these countries?

On World Statistics Day, my colleagues Jacqui Joudo Larsen, Kevin Bales and Monti Datta provide new insight into the crucial role that extrapolation can play in assessing prevalence of modern slavery. Published today in Significance, the magazine of the UK Royal Statistical Society, Joudo-Larsen et al present both an extrapolation technique for estimating prevalence of modern slavery but also a test of it.

In the 2014 Global Slavery Index, we generated national estimates of modern slavery for 167 countries through extrapolation. That is, we used a statistical method, at the core of which was hard data on prevalence for a limited number of countries, plus data on factors that are relevant to vulnerability to enslavement.

Is extrapolation a valid method? Thanks to the increasing flow of survey data, we now have the means by which to test these extrapolated national estimates. Put simply, it is now possible to compare the 2015 survey estimates to the 2014 extrapolated estimates. The results are promising. All but one of the extrapolation estimates of prevalence of slavery within a national population fell within one percentage point of the estimates arrived through random sample surveys.

While extrapolation is not the only or necessarily always the best estimation technique, at this time and for many countries, it may be the only method available. Our tests of extrapolated results against survey data support their continued use in these situations, until more precise data becomes available.

The UK Royal Statistical Society is making the current month's Special Edition of Significance, published for World Statistics Day 2015, available to download free of charge for one month here.